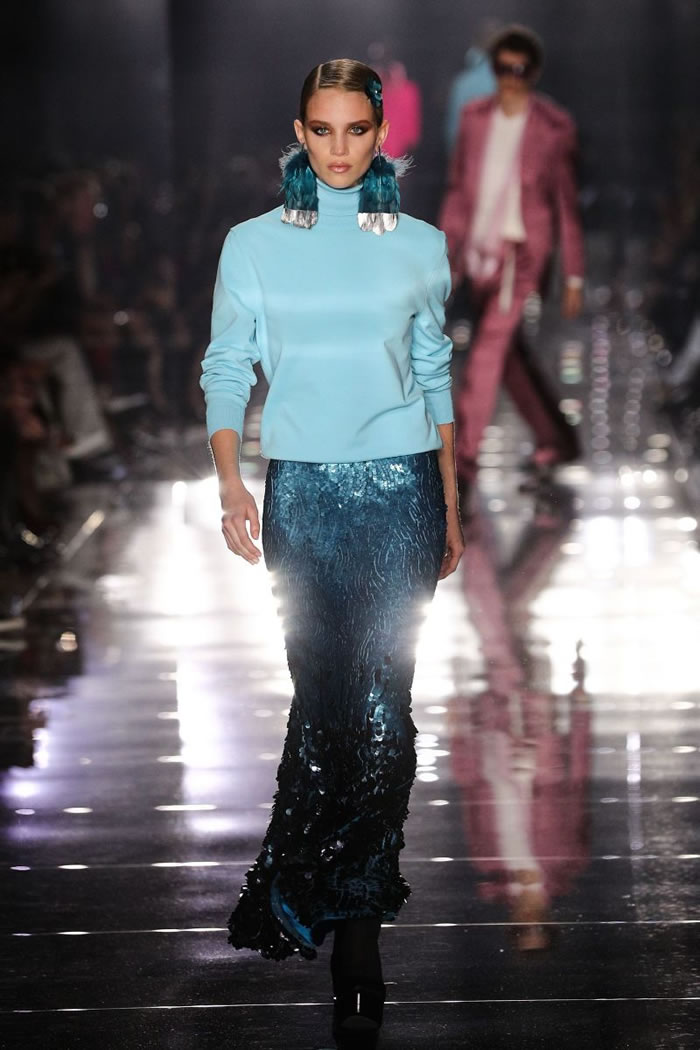 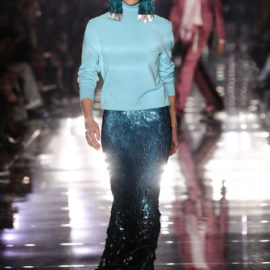 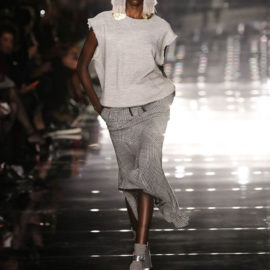 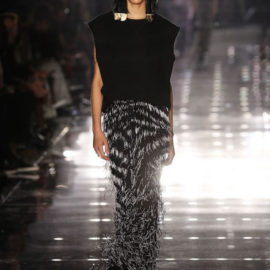 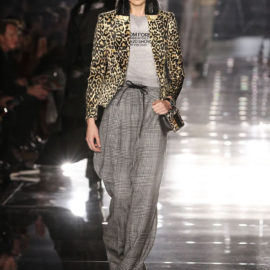 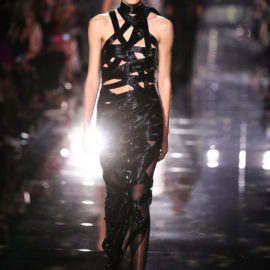 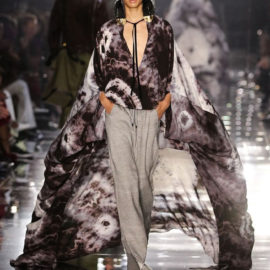 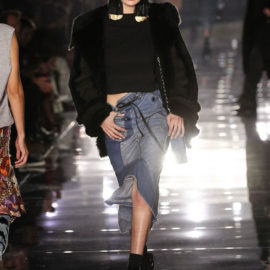 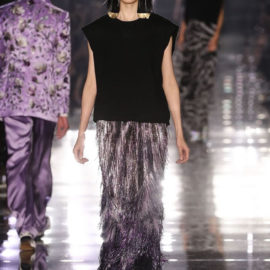 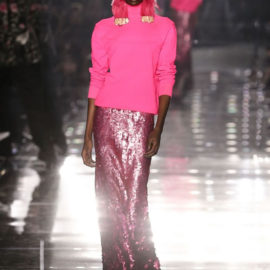 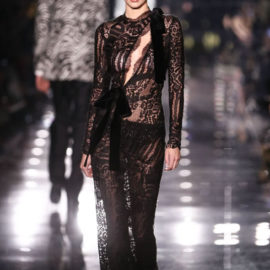 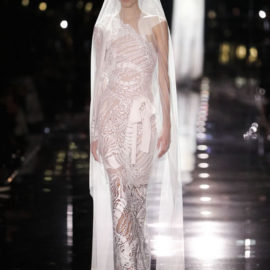 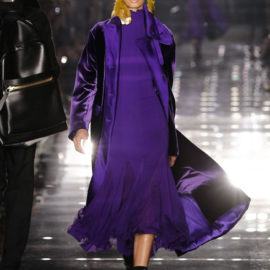 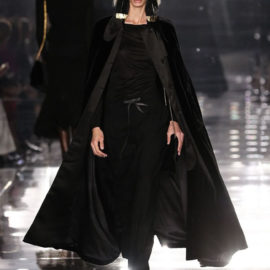 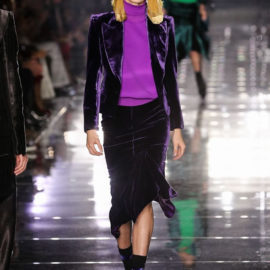 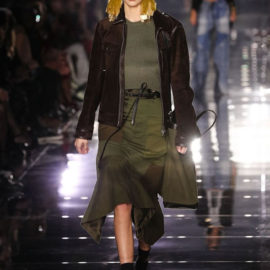 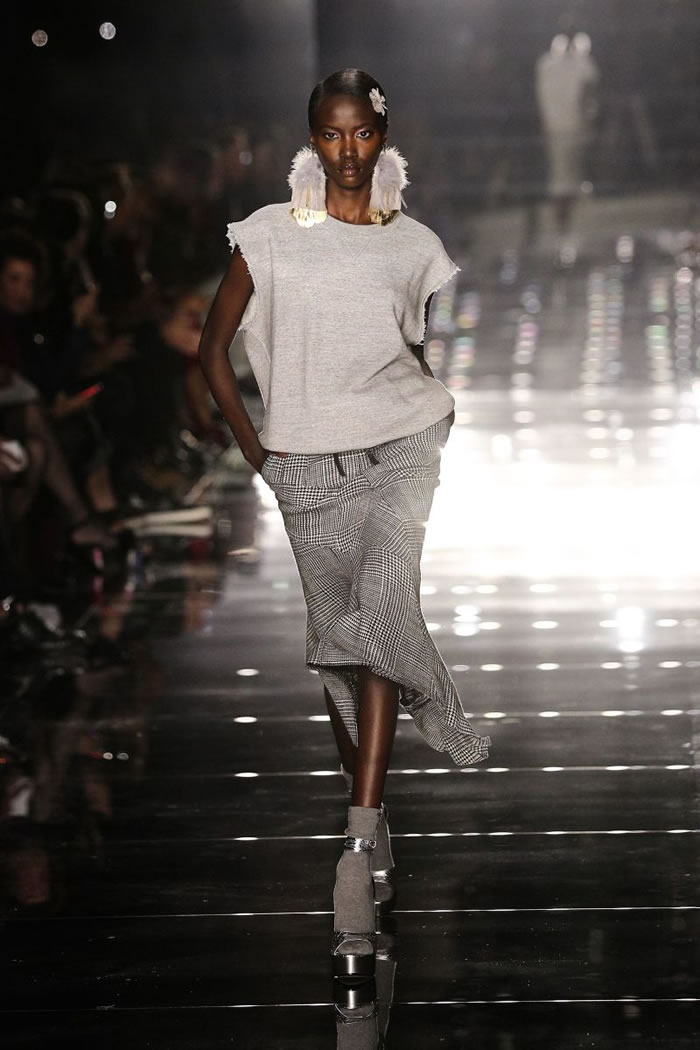 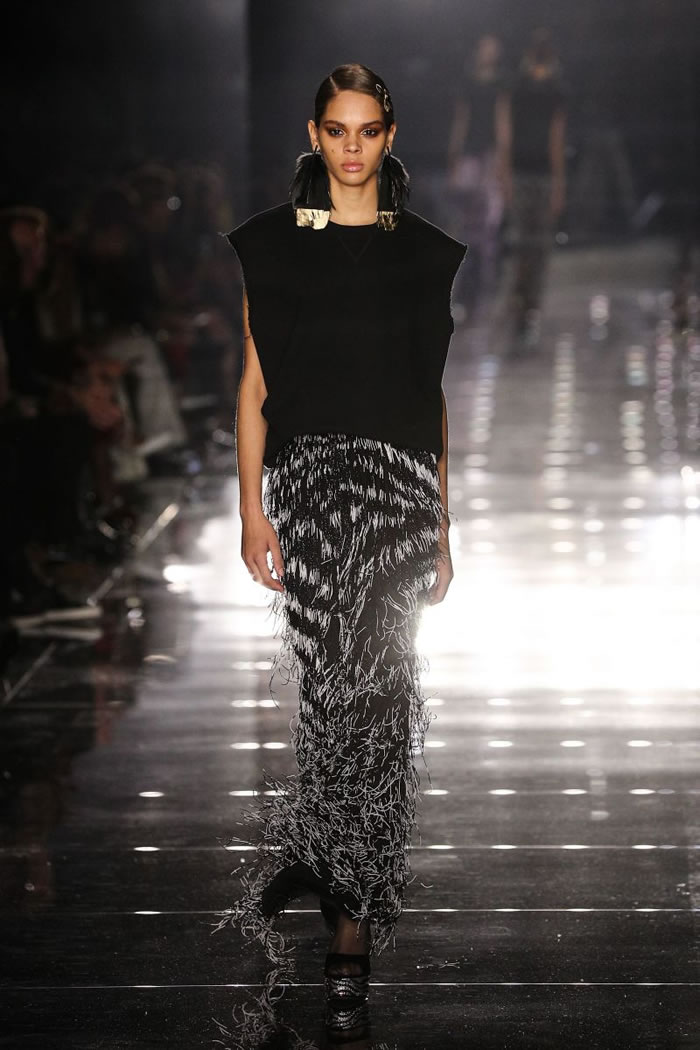 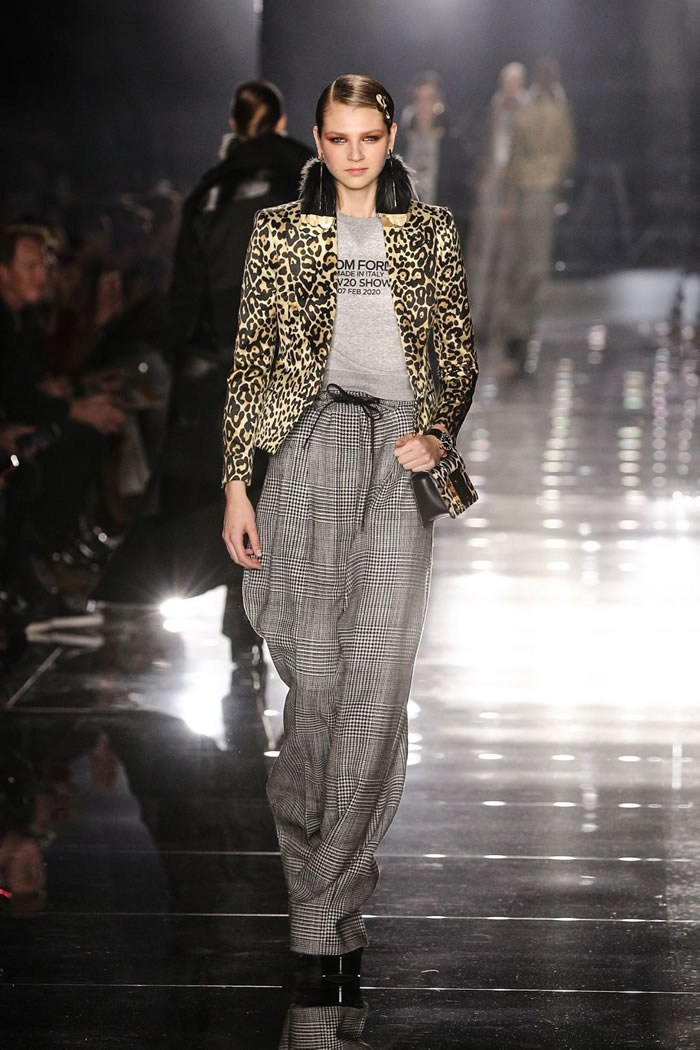 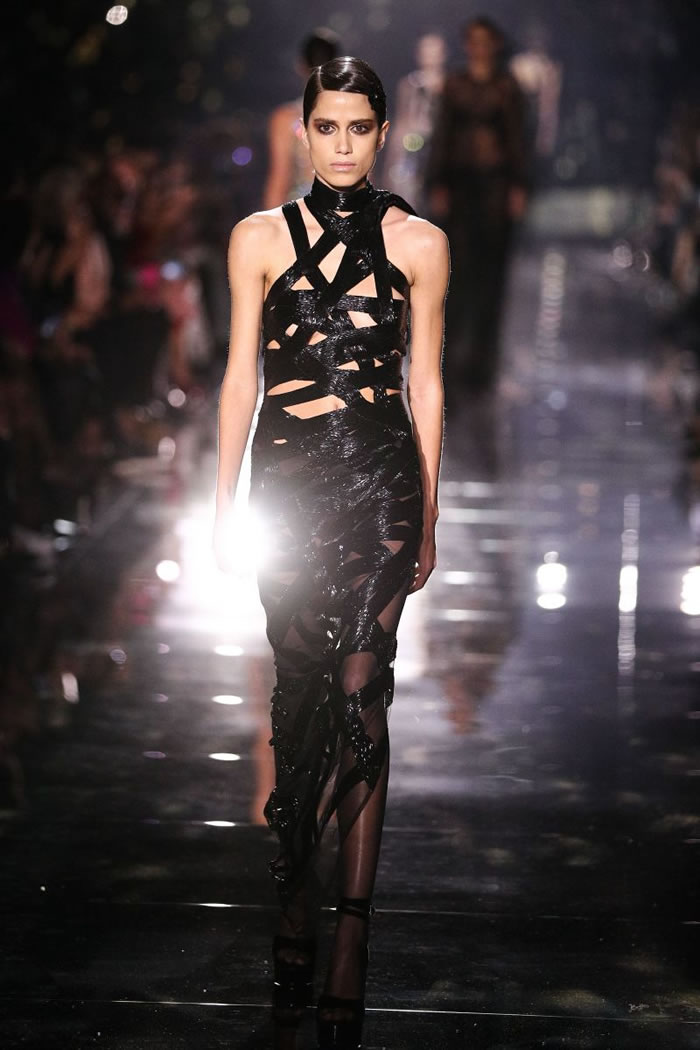 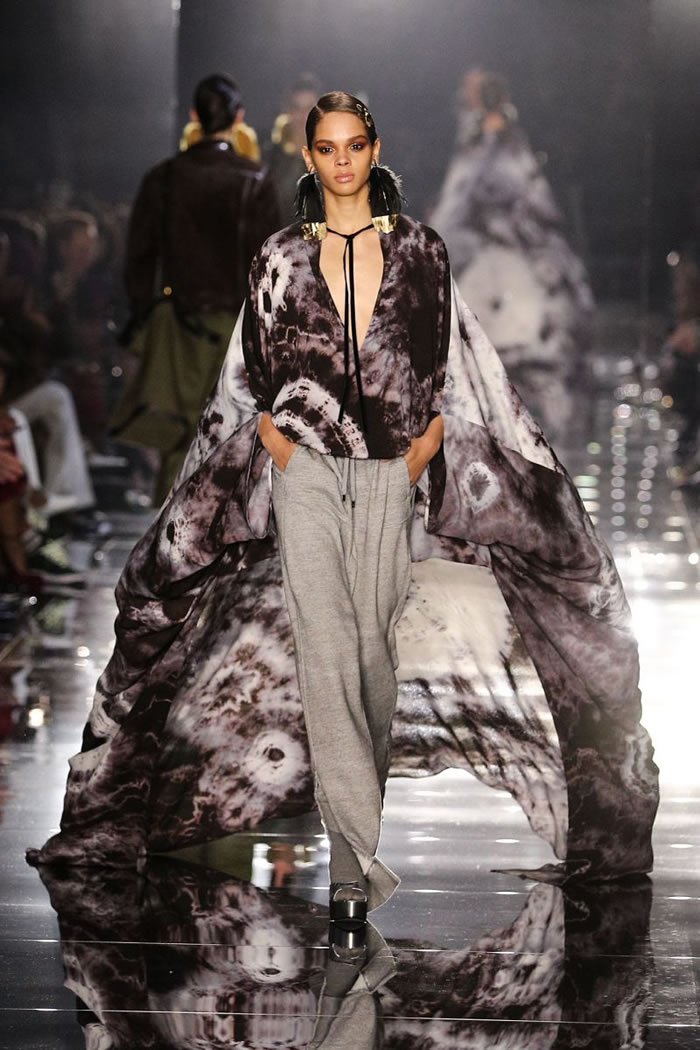 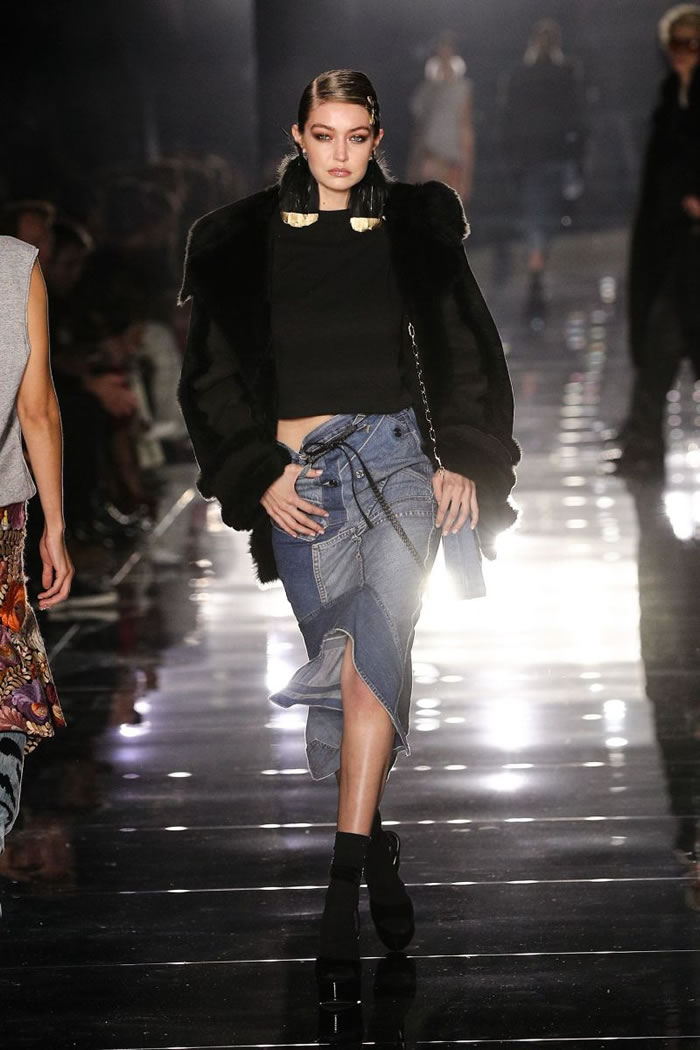 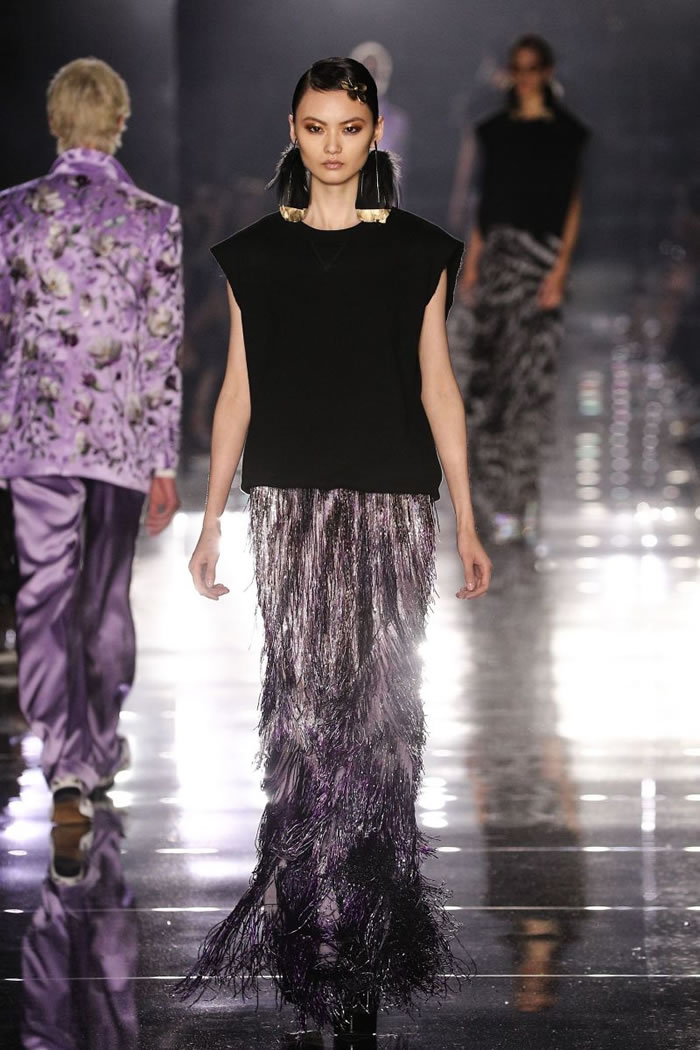 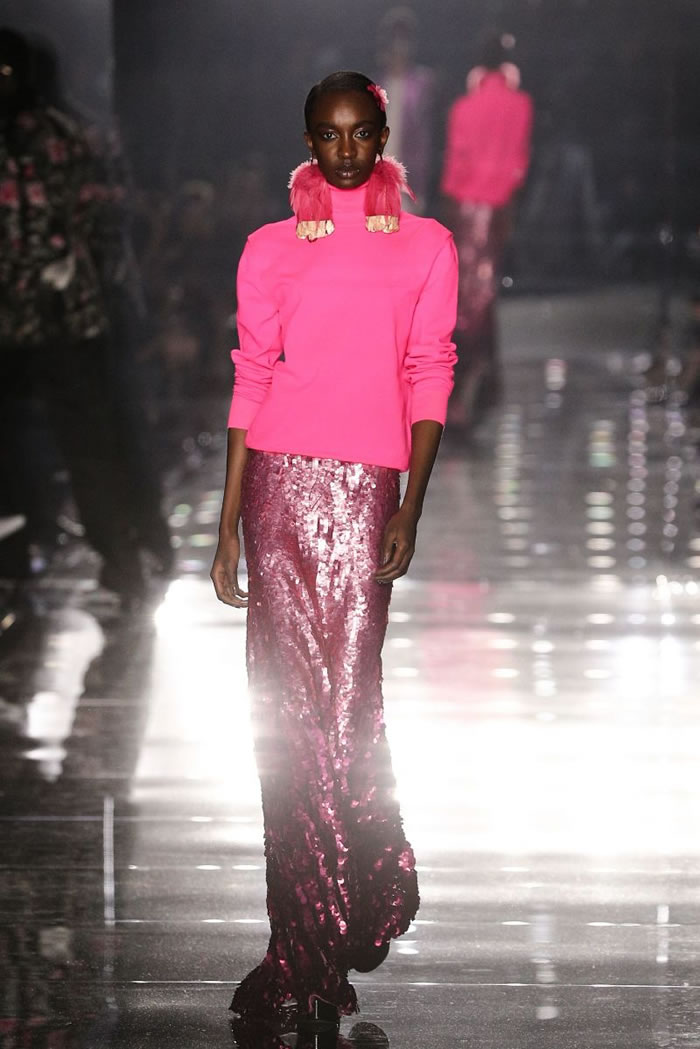 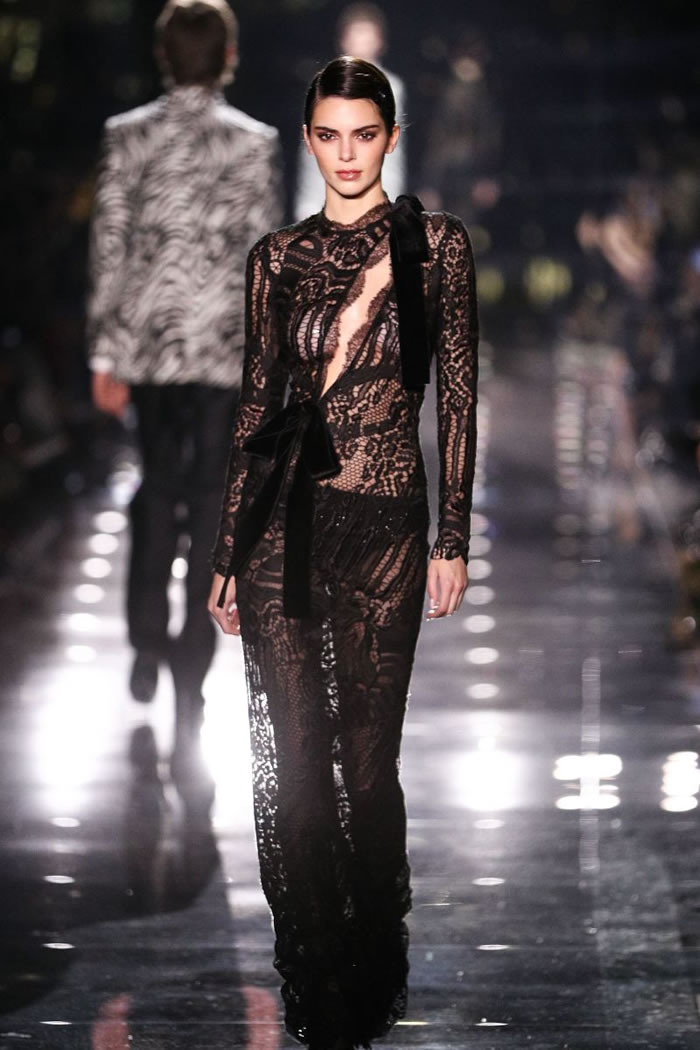 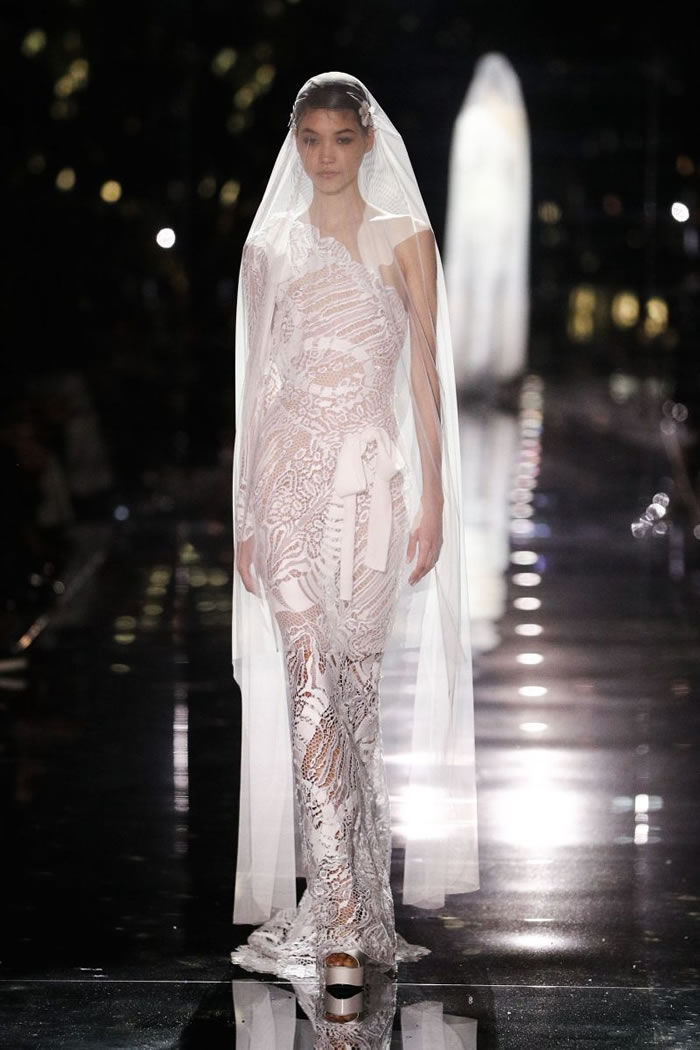 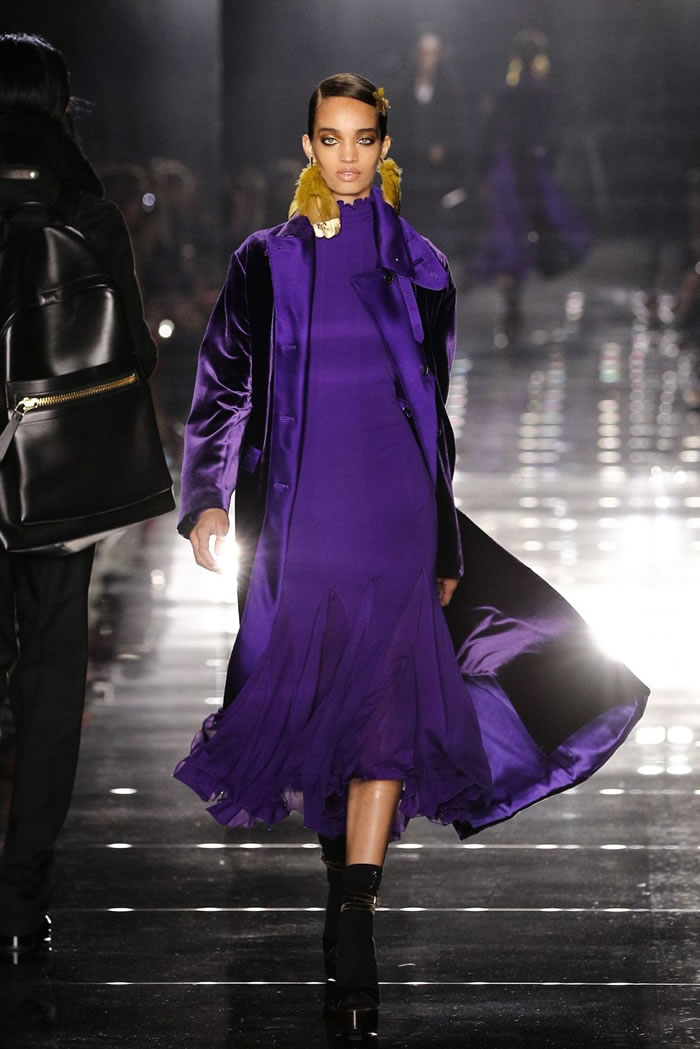 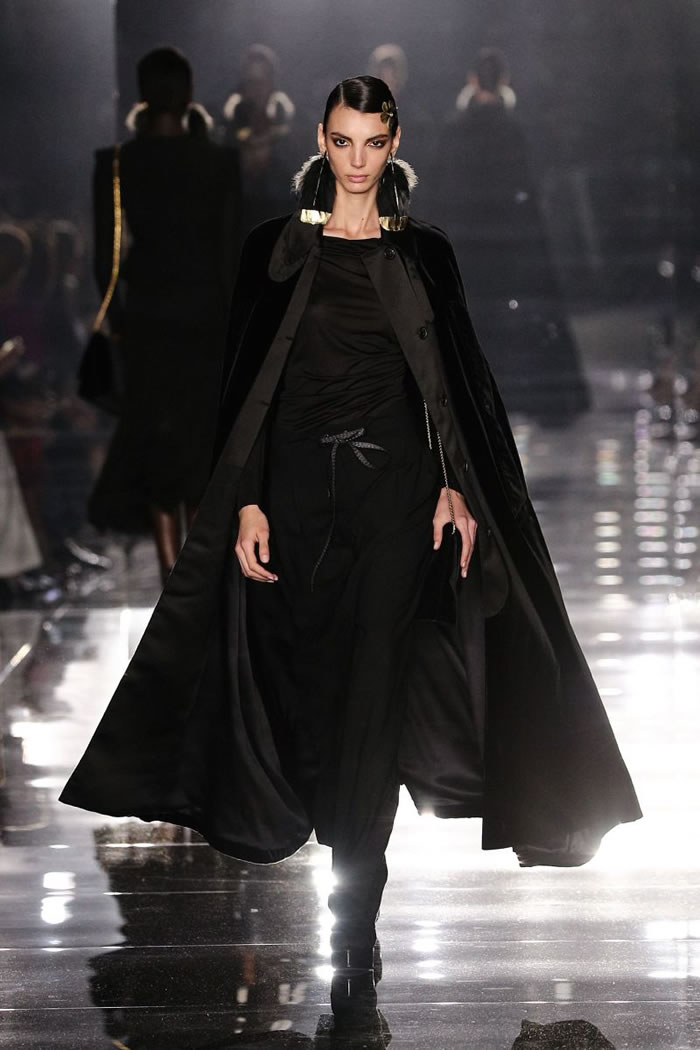 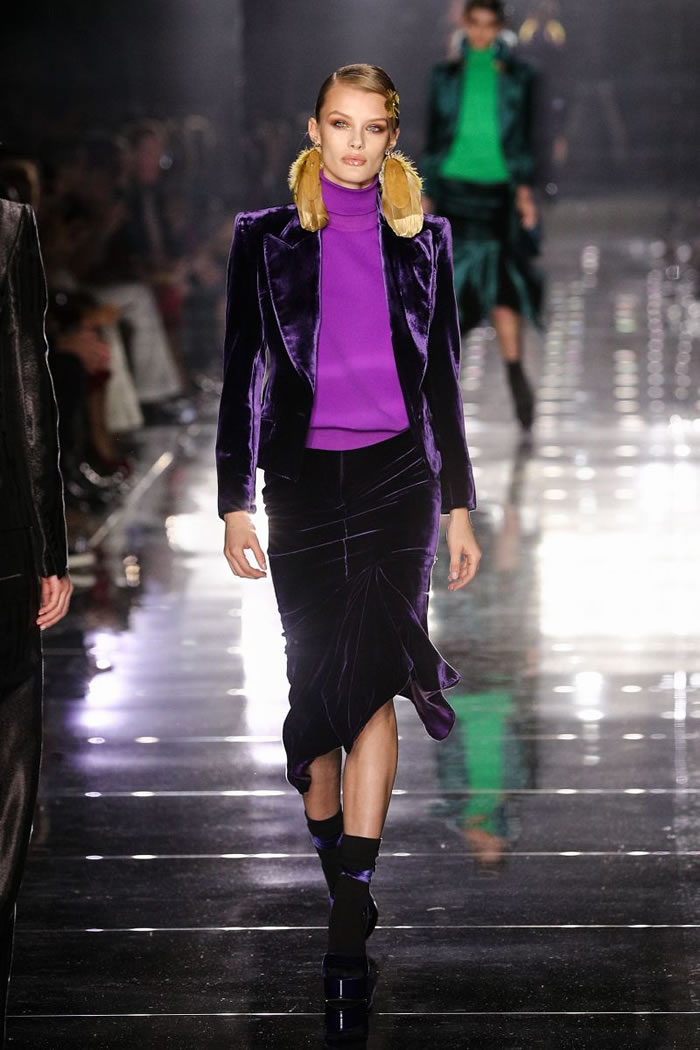 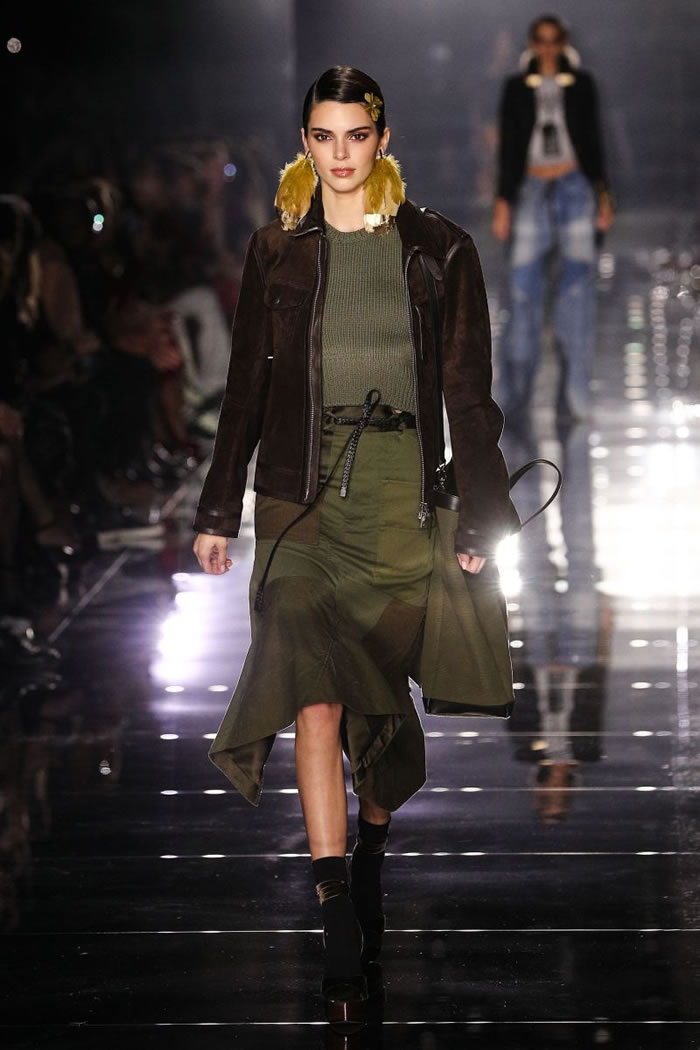 Chic, possibly slightly stoned…it conveys the mood for the season and a mood that for me is very L.A., is how Tom Ford summed up his fall show

Tom Ford gave the Oscars a run for its red carpet Friday night in L.A. when he presented his fall 2020 collection with a star-packed house that had Jennifer Lopez cuddling Alex Rodriguez, Anna Wintour chuckling with Jeff Bezos, Jon Hamm talking up Ron Howard, and Miley Cyrus and Lil Nas X posing for selfies.

Jason Mamoa and Lisa Bonet, Ciara and Russell Wilson, Renée Zellweger, Kate Hudson, Dr Dre, Catherine O’Hara, George Hamilton, Tracee Ellis Ross, Bryan Lourd — the crowd of bold-facers went on and on. And that was just off the runway. On it, Ford enlisted Gigi and Bella Hadid, and Kendall Jenner to produce some mega fashion moments, that was, well, so very Tom.

Sounding as much like a film director as a fashion designer, he wrote in the show notes about creating mood and character, highlighting a sultry 1967 photo from his inspiration board of Baron Alexis de Waldner holding a cigarette (“or joint”) up to the mouth of the Sixties model-turned-actress Donna Mitchell: “Chic, possibly slightly stoned…it conveys the mood for the season and a mood that for me is very L.A.”

“As a fashion designer, one is only able to convey to the world one’s true and deepest ideals of beauty once. Only once, if you are lucky, the world responds,” he continued. Such was the case for Ford at Gucci, and that’s where he unapologetically returned for fall, with the Forties meets Seventies meets Nineties silhouettes.

He elevated jeans not with beading and embroidery as he did at Gucci, but by distressing, cutting apart and reassembling them into covetable wide-leg pants or uneven-hem denim skirts worn with muscle tees, shrunken jackets and sculpted heels for everyday glamour.

No afterthought, track pants were perfectly plush, with loose legs slit up the sides, worn with a billowy tie-dye caftan-cape and gold-dipped feather earrings for the ultimate in stoner chic.

Oversized shearling patchwork or leopard patterned coats had fashioned with a capital “F” attitude, as did a vivid violet velvet suit with wide-lapel hourglass blazer over hip-hugging skirt. Meanwhile, the look of a fuchsia turtleneck over a chic-as-hell, ombré pink sequined ball skirt hearkened back to Sharon Stone’s famous high-low turn at the 1996 Oscars, pure American style.

Ford matched his Gucci-era finale drama with the passage of evening looks, seducing with the Fugees’ “Killing Me Softly” and disco lights scattered across the mirrored runway: Bella in a curve-hugging silver crystal mesh tied up in two black velvet bows, Gigi in a black lace column, nude except for a black beaded bikini bottom.

Only Ford could dream up that and it was glorious. There was even a bride, the first for the designer, who was feeling the need for something fresh and hopeful.