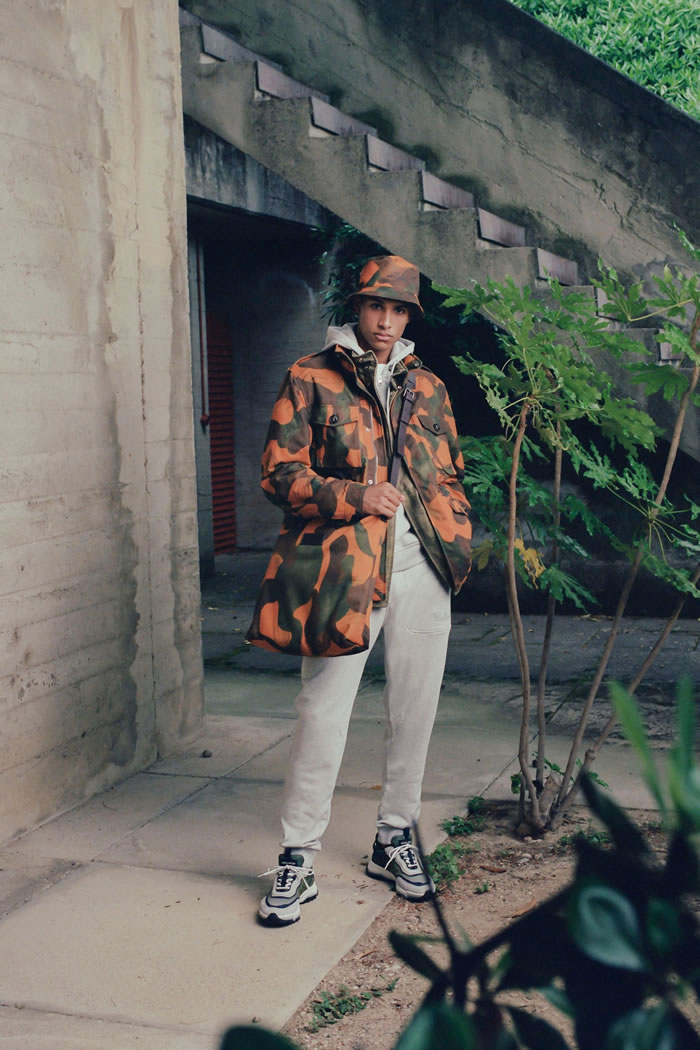 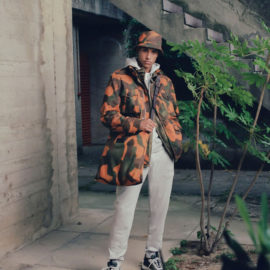 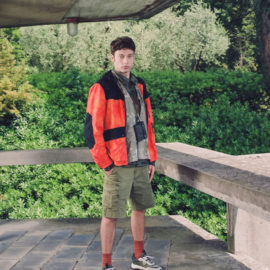 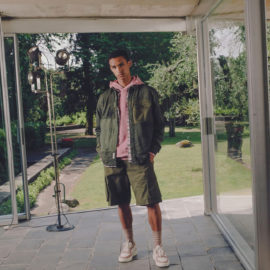 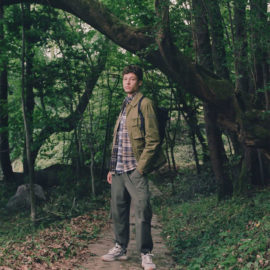 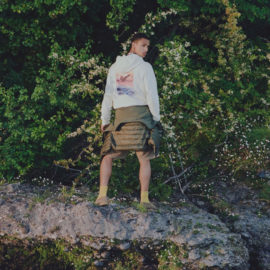 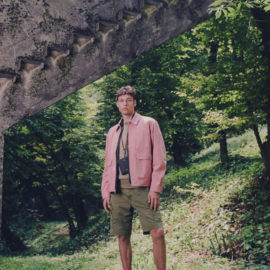 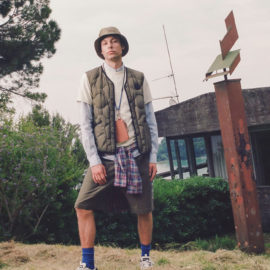 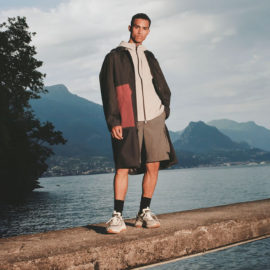 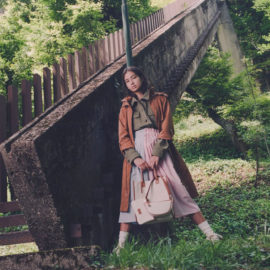 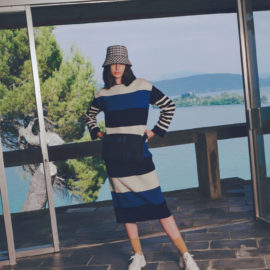 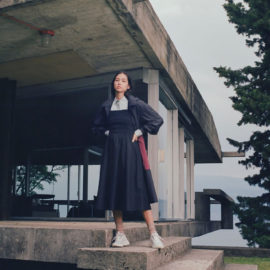 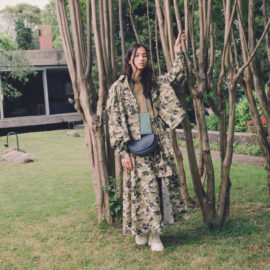 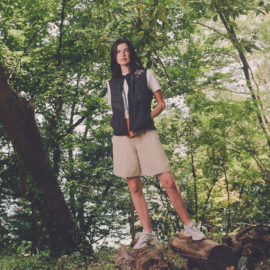 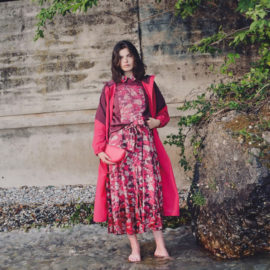 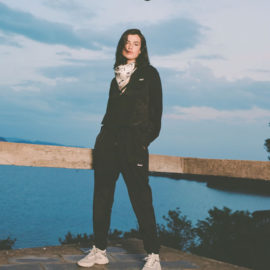 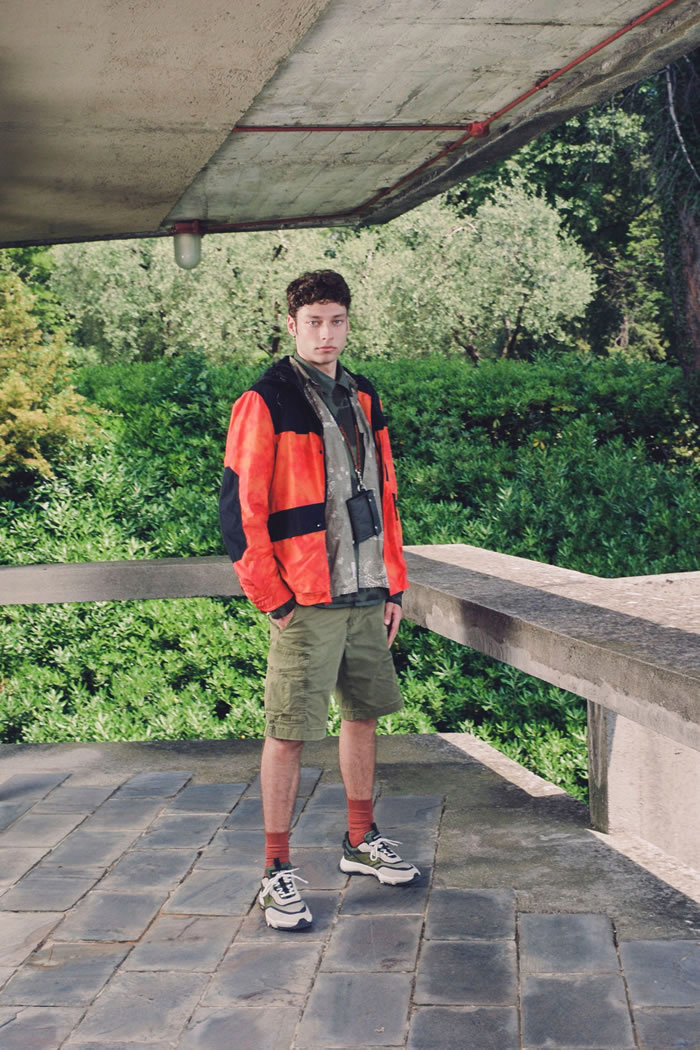 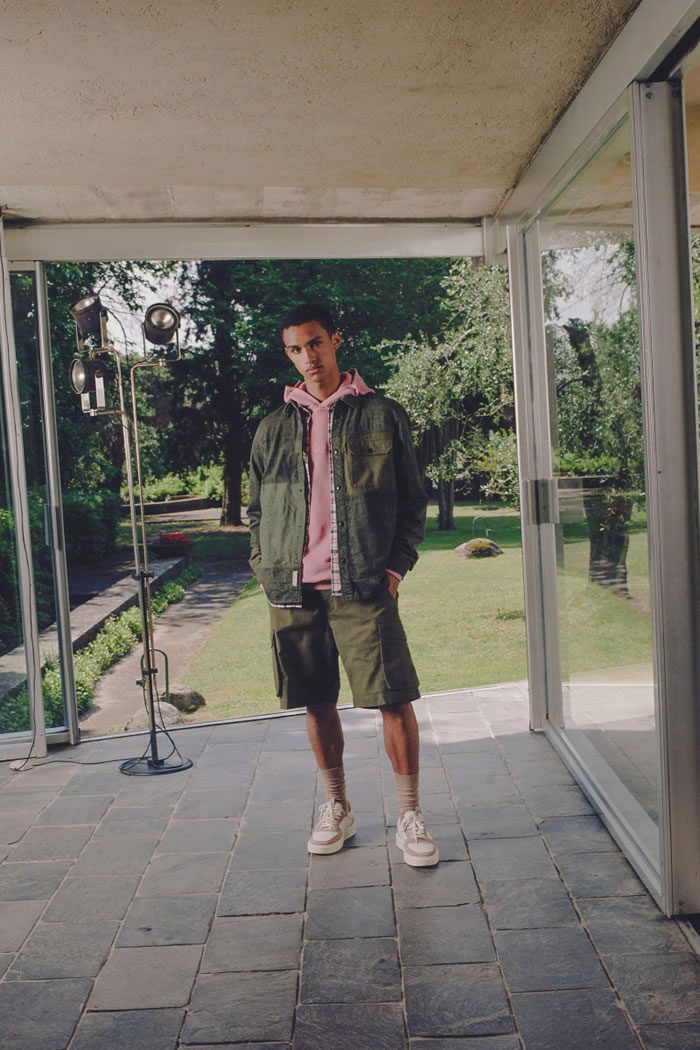 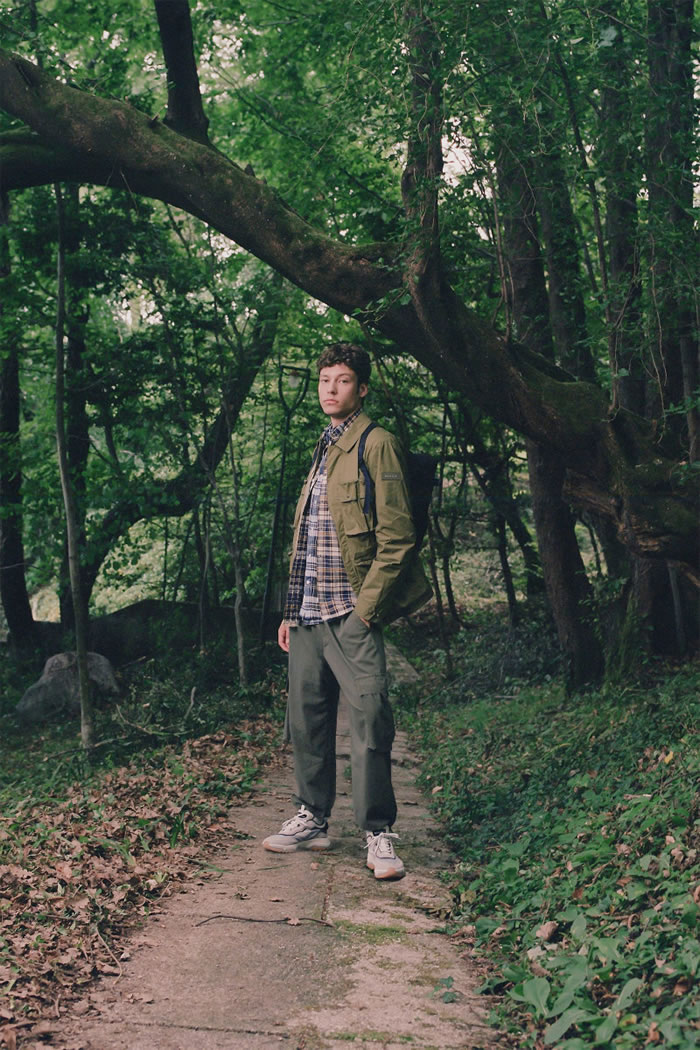 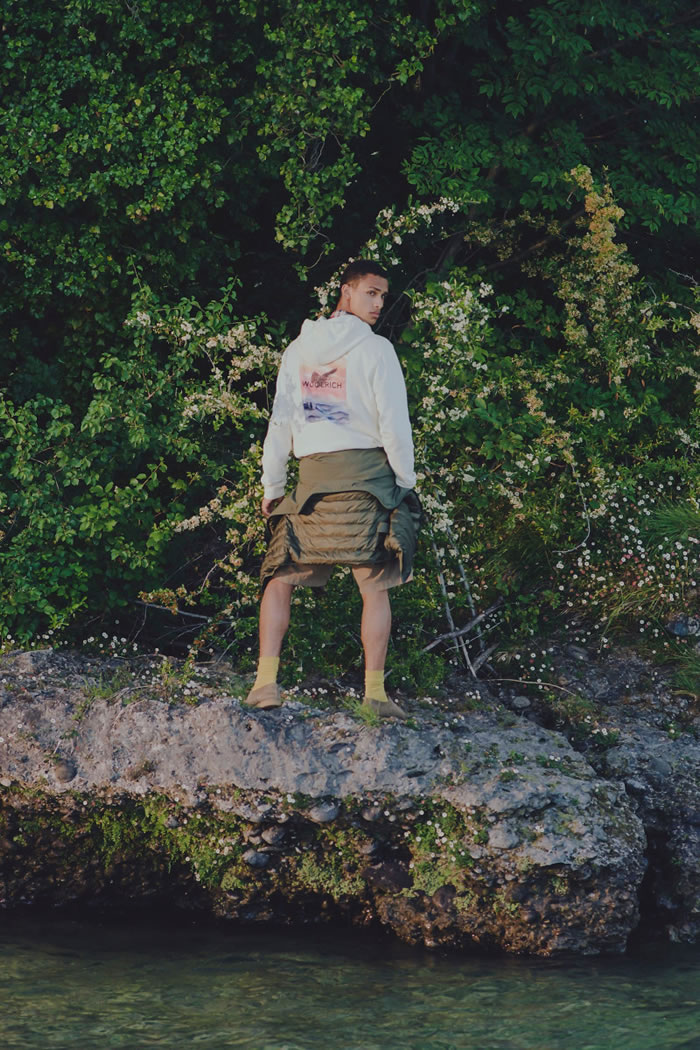 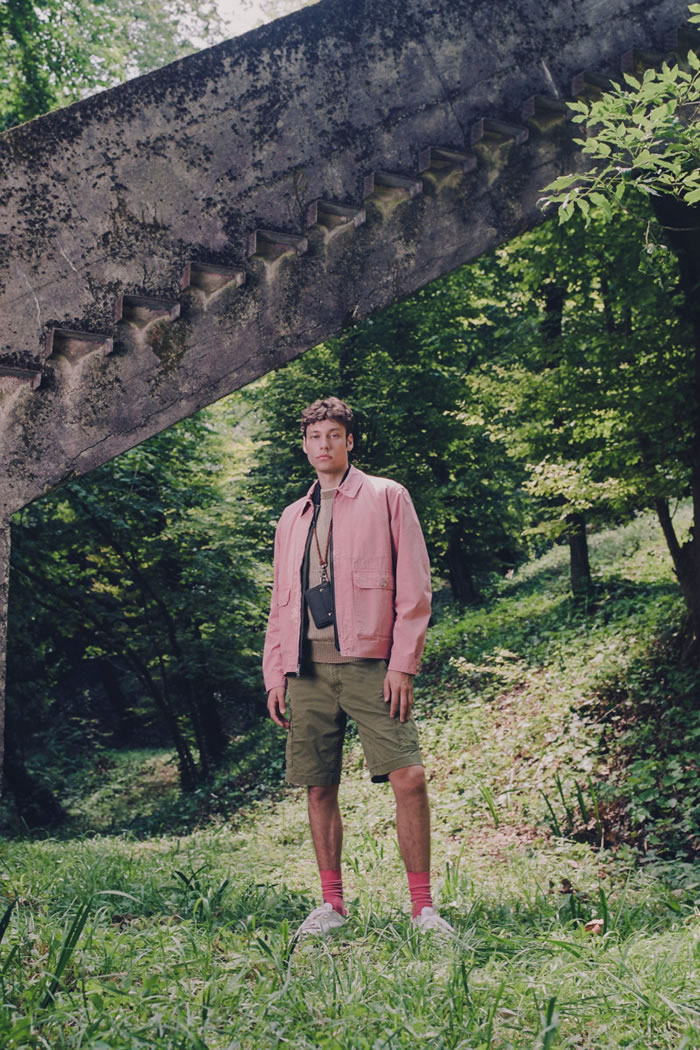 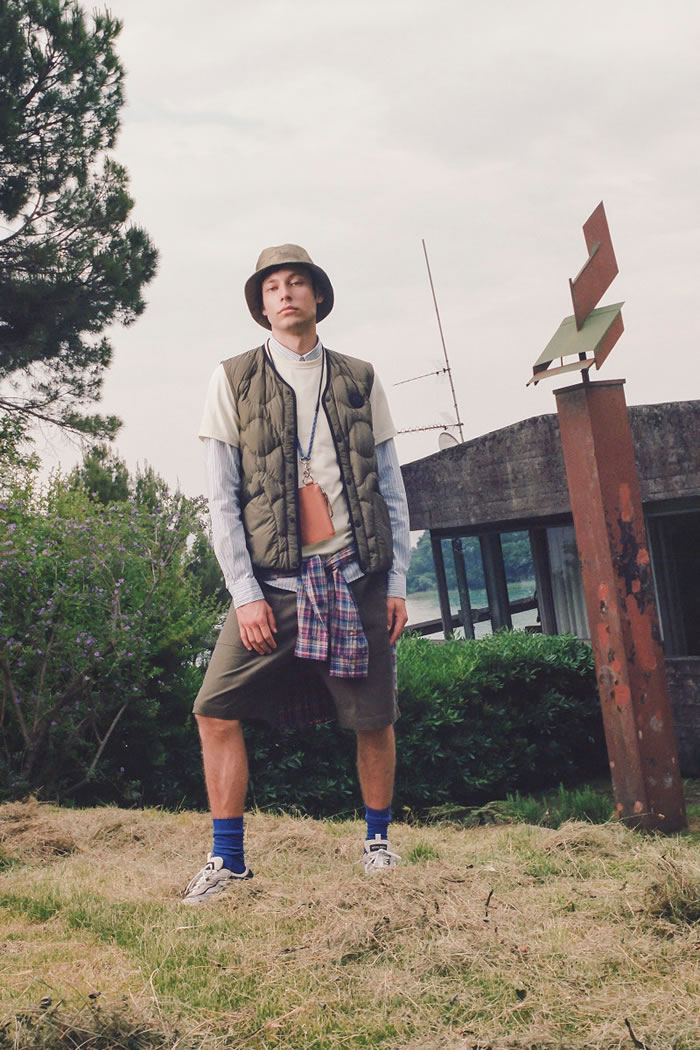 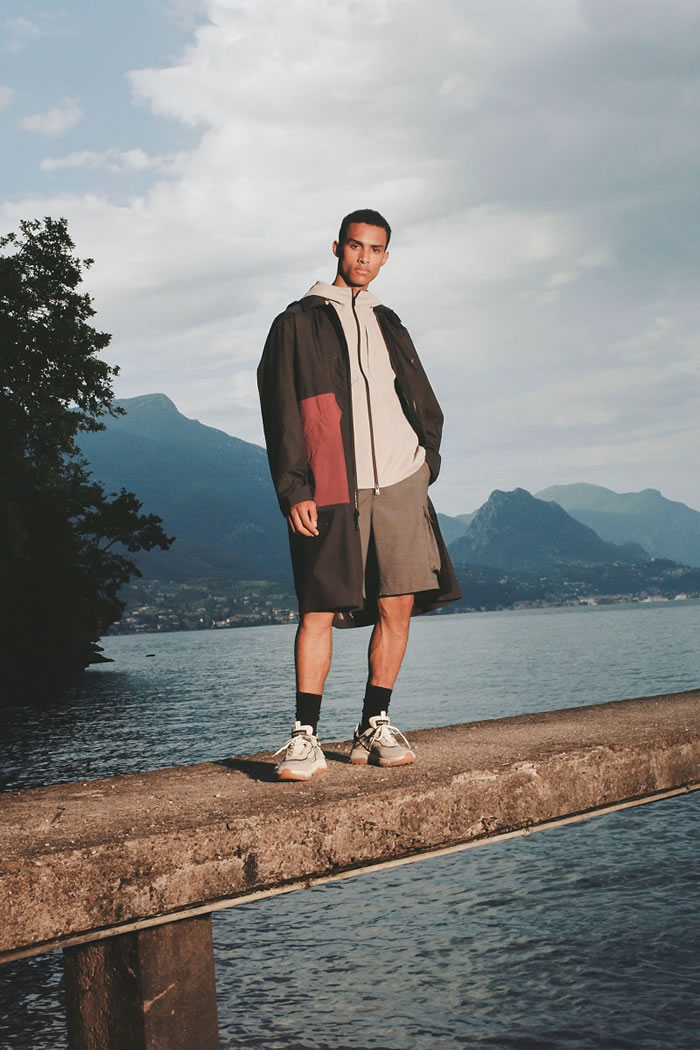 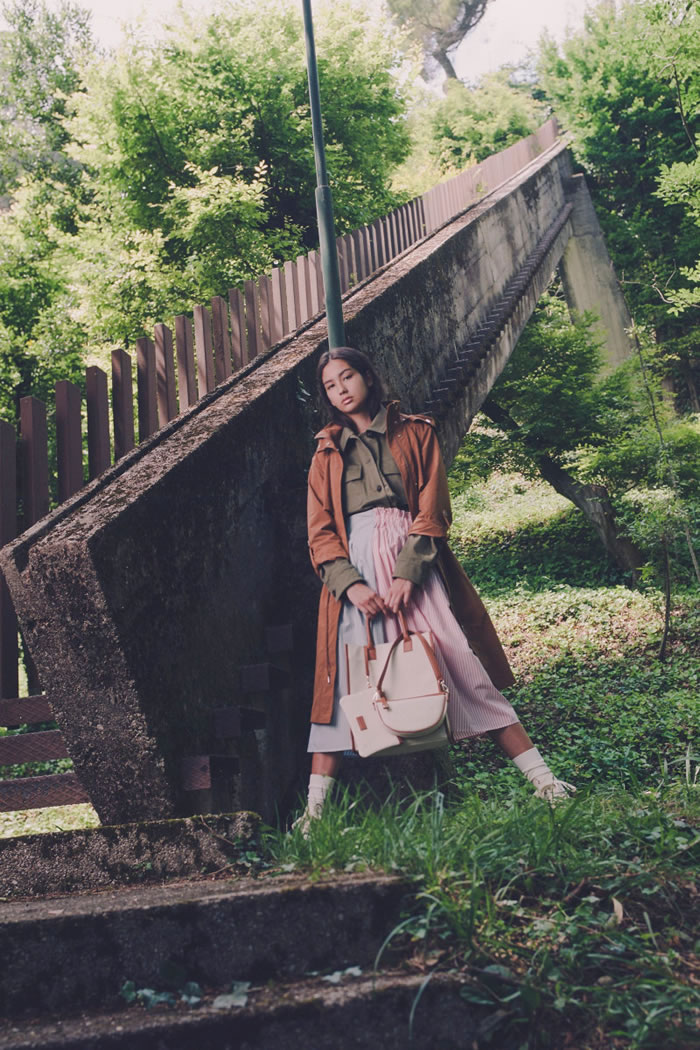 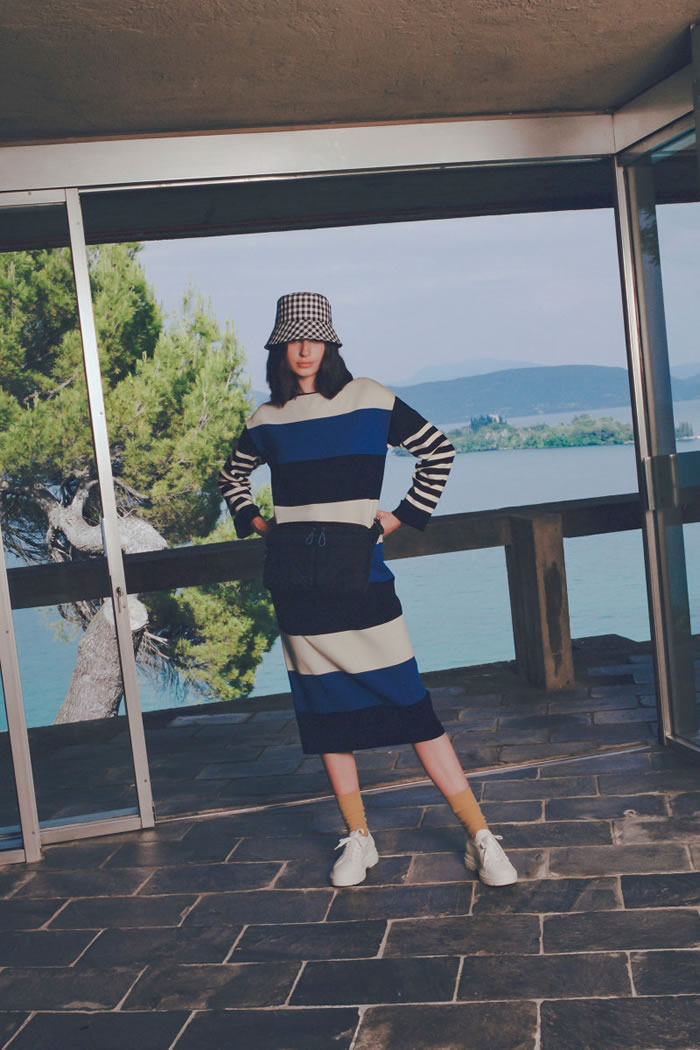 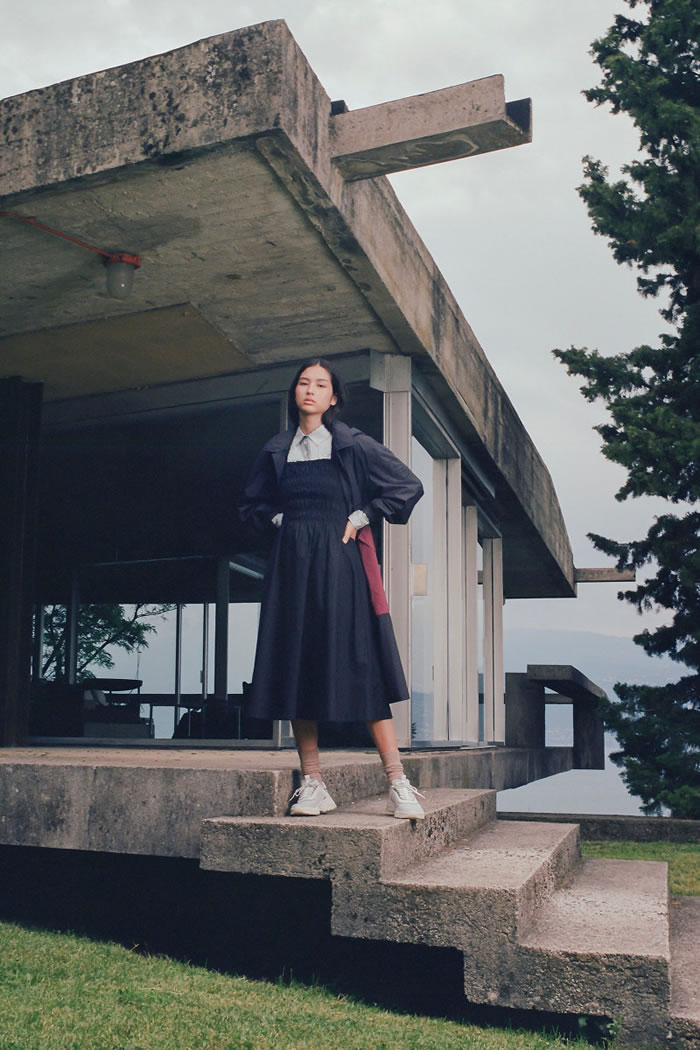 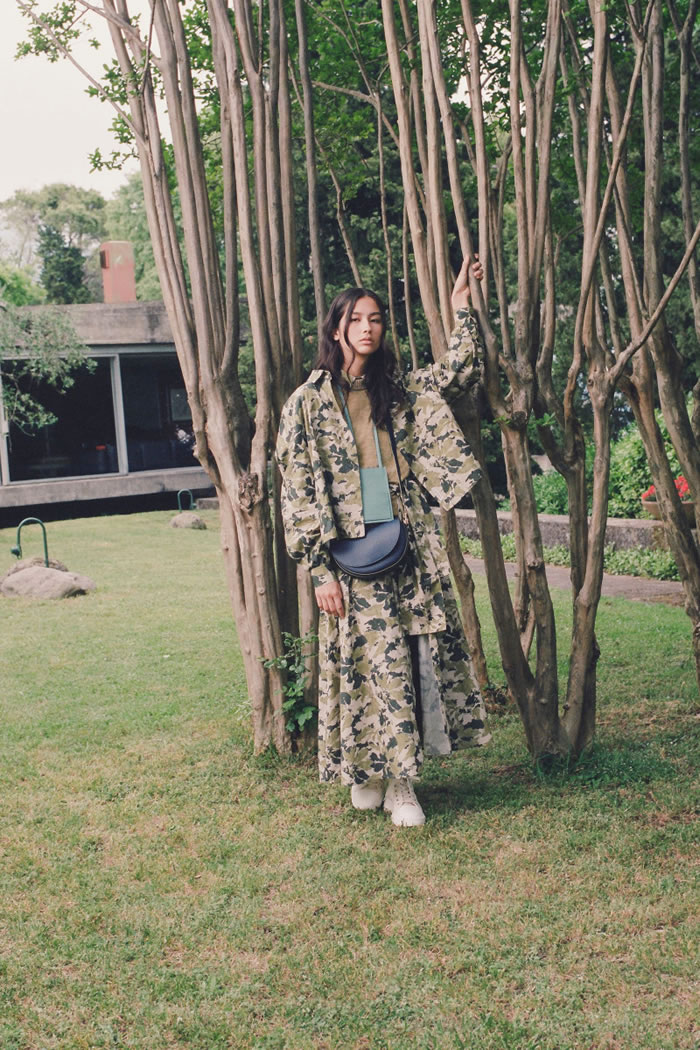 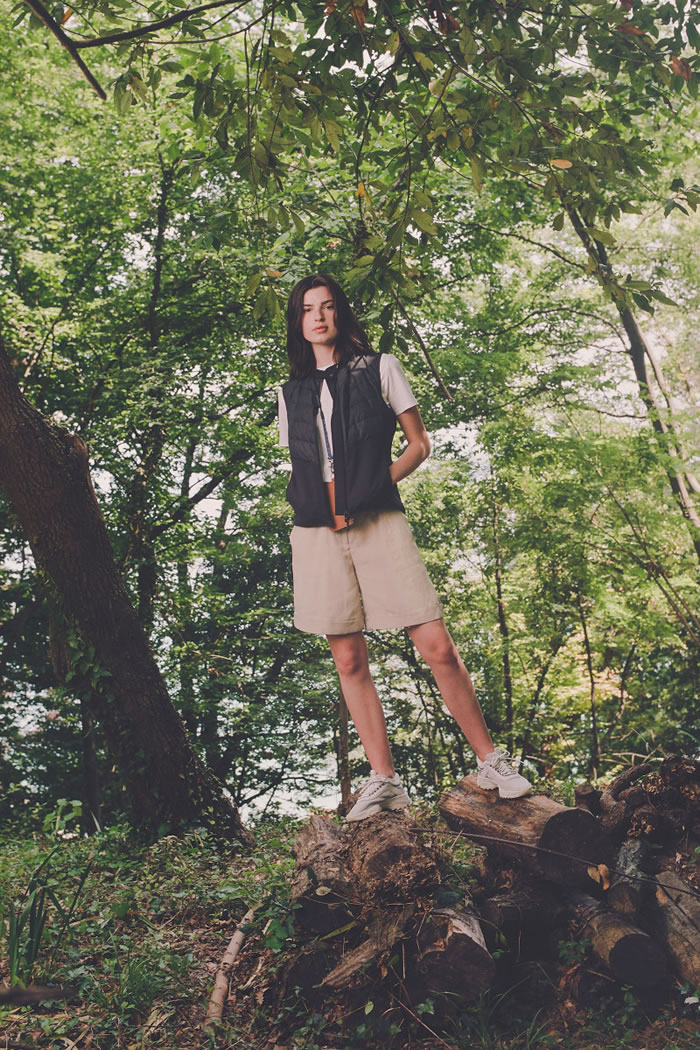 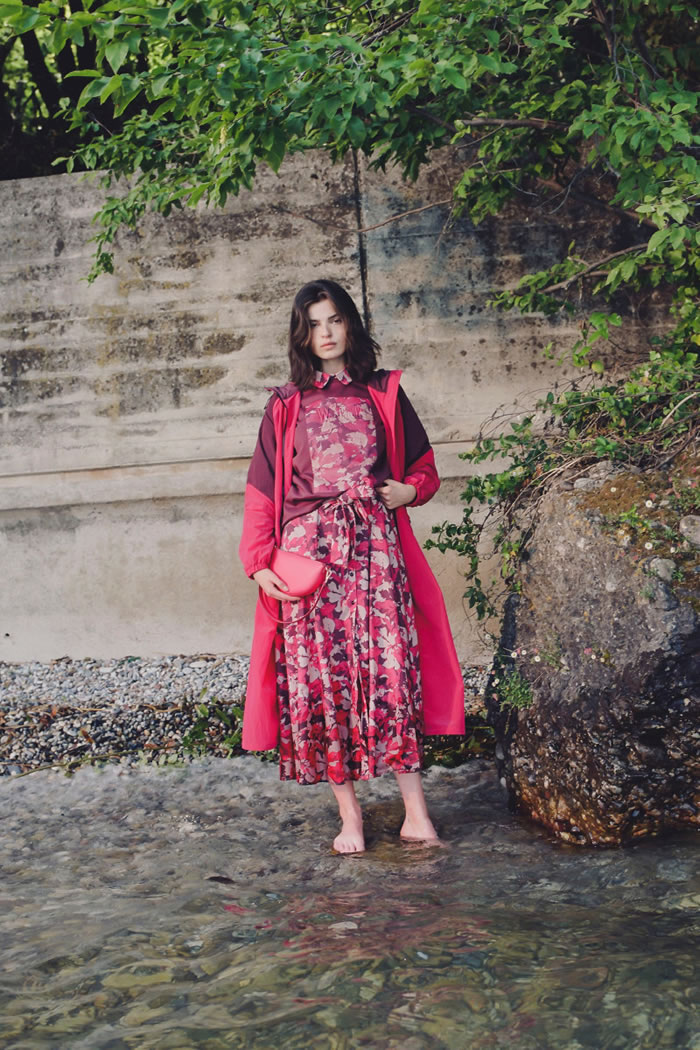 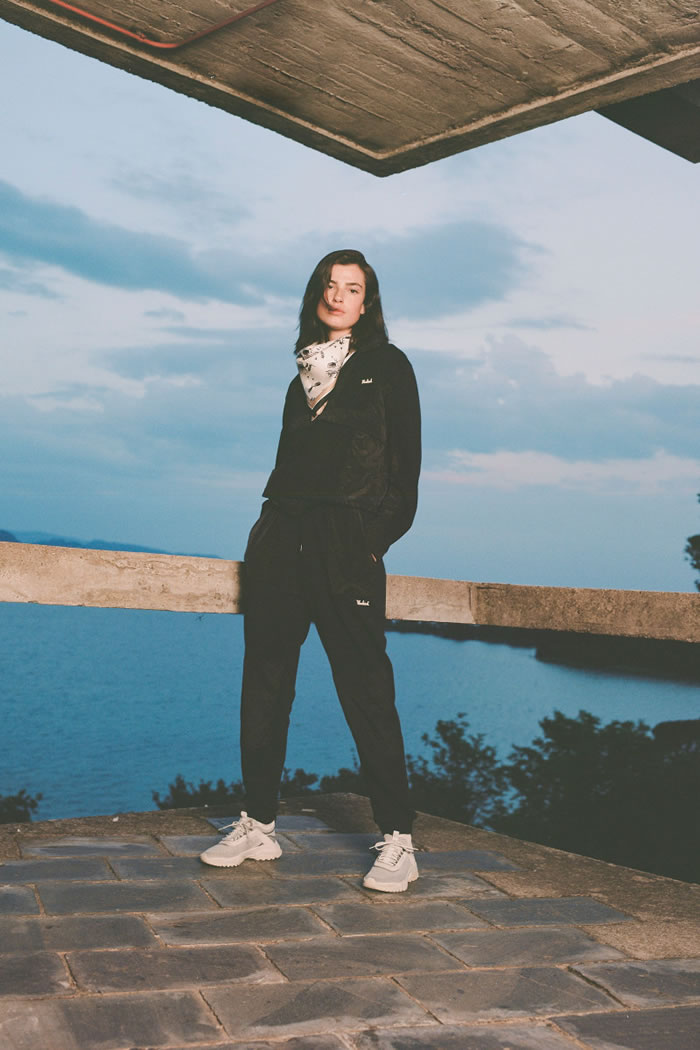 The collection referenced the brand’s archives with a contemporary twist.

The Woolrich boys and girls are growing cooler as they escape the city, seeking refuge in a countryside villa.

The brand presented its spring collection via a short video exuding the carefree attitude of a young group enjoying life in the outdoors.

A vivid camouflage pattern combining military green with bright orange appeared on water repellent military jackets for men while a new motif combining foliage with camouflage appeared in unexpected tones, such as bougainvillea pink, on roomy field jackets, and A-line skirts for women.

In keeping with its penchant for innovative materials, Woolrich introduced statement-making tie-dye nylon worked for windbreakers and cropped jackets for both men and women, each boasting one-of-a-kind patterns.

The brand also upped the ante on sustainability by introducing the single-layer waterproof materiel Pertex Revolve crafted from recycled polyester into long and short color-blocked raincoats with street appeal.

Since combining the presentation for its men’s and women’s ranges, the outerwear specialist has managed to offer more directional collections.

Van Beek said his aim for the future is to continue narrowing the gap between the two, with “ageless and genderless styles” taking over the Woolrich wardrobe.