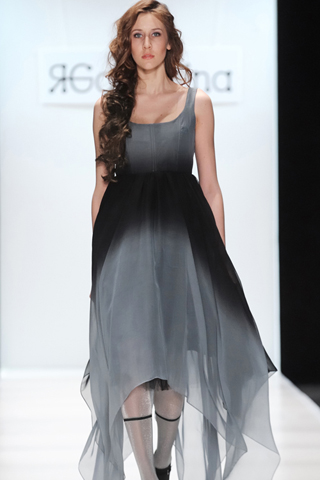 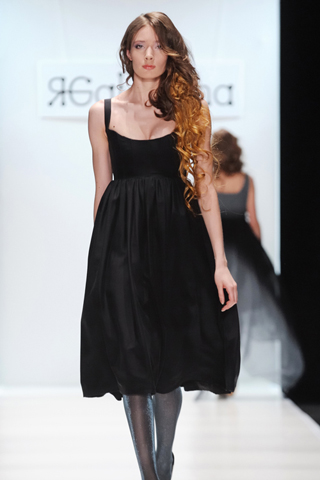 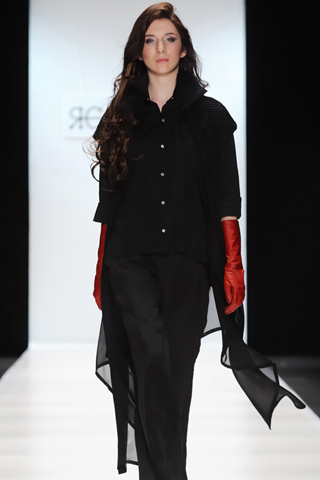 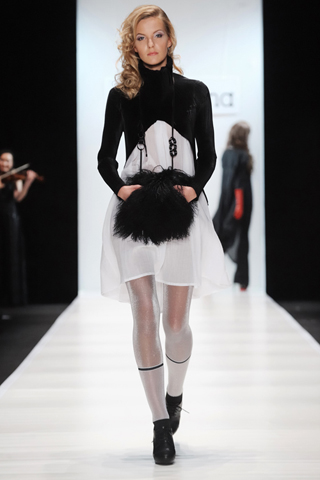 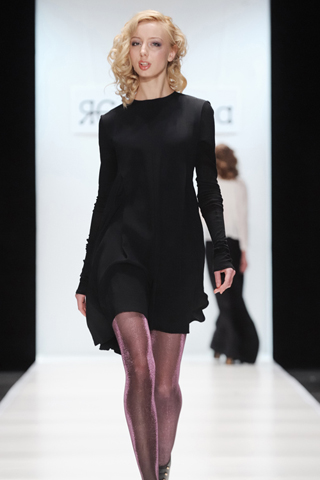 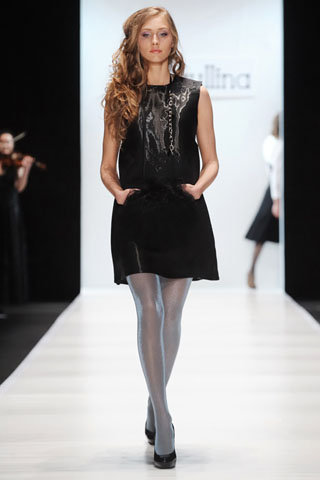 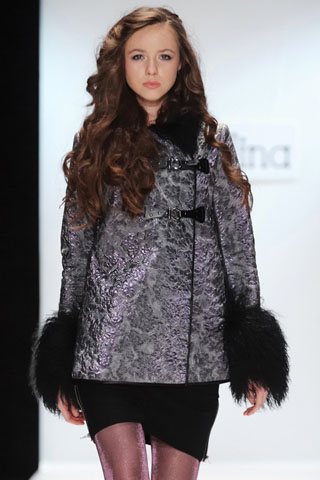 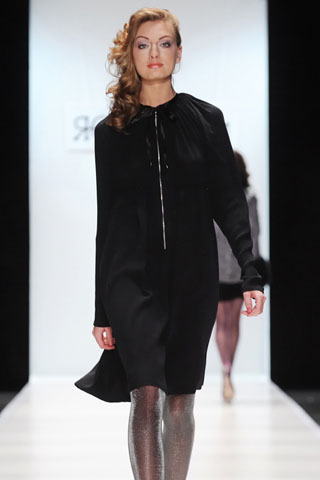 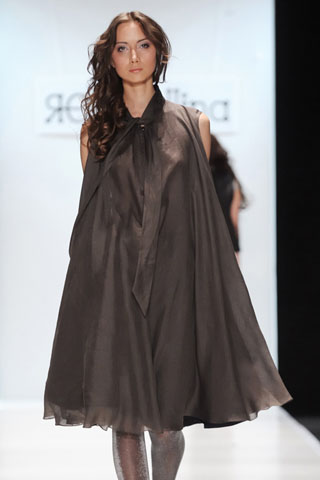 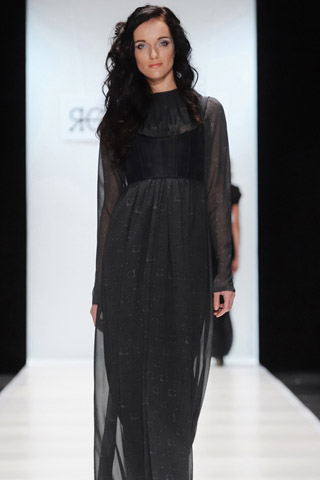 Violin and a little bit nervous
Having carried the audience into the slightly melancholic mood of the winter sea, Yana Gataullina, however, compensated for it with numerous variations of her cut styles. The colour palette was closer to conservative and ingeniously divided among the models.

The show was opened with a loose dress with a degrade effect and continued on with combinations of wide-cut skirts and transparent blouses. Several references to corsets and muffs accomplished the image. In turn, the topicality and practicalness of Gataullina’s clothing was highlighted by the models’ informal conversation at the final part of the show. This little episode made it clear that there is no better accessory for women’s clothing than a sincere smile.