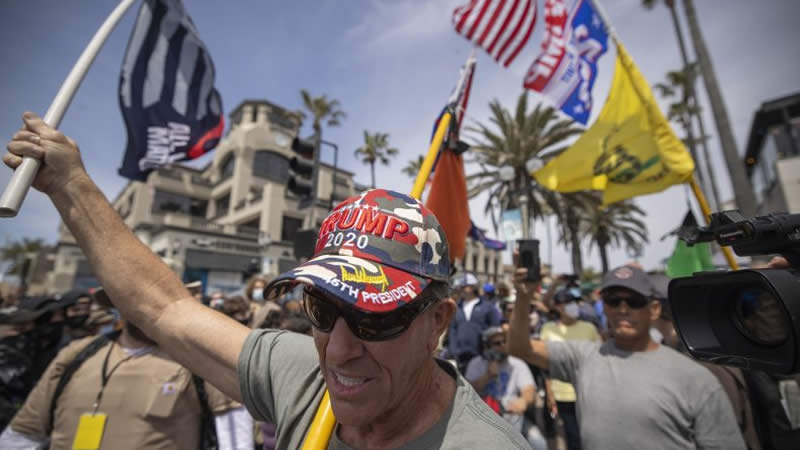 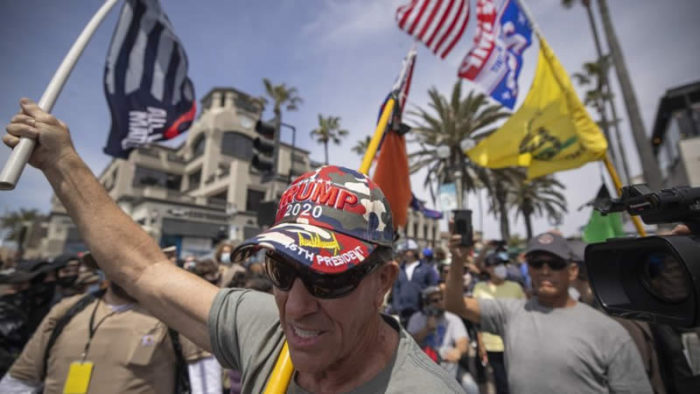 Various White Lives Matter Rallies planned in cities across the United States (US) have reportedly flopped after hardly anyone turned up aside from counter-protesters.

Planned via the encrypted app Telegram, these rallies marked the first significant organizing efforts by white supremacists since 2018.

The organizers boldly advertised the events as being capable of making ‘the whole world tremble’, as reported by NBC News. However, the reality appears to have been totally opposite.

In this footage, captured by news site Left Coast Right Watch, three marchers could be seen being chased away from the scene by large numbers of those who opposed their white supremacist views.

HELLO HABIBIS I AM I. HUNTINGTON BEACH TO SEE IF THE TELEGRAM NAZIS SHOW UP pic.twitter.com/rzb4K1AK1f

Only a small counter protest is present at NYC White Lives Matter rally that was ment to be held outside Trump Tower at 1pm today pic.twitter.com/AiA4TchsXY

There’s a Proud Boys “white lives matter” rally planned to start in about half an hour in downtown abq. Couple hundred counter protesters out here pic.twitter.com/A2wCVLOKw6

The “White Lives Matter” rallies were disrupted in several cities after activists infiltrated their online groups and leaked internal chats to journalists. Mainstream online platforms where extremists were once welcomed have also tightened their policies about violent extremist content and groups.

“Not only have organized larger groups splintered, but so, too, did their social media footprint,” said Brian Levin, director of the Center for the Study of Hate & Extremism at California State University, San Bernardino. “Some extremists continued a whack-a-mole migration underground to encrypted, affinity-based platforms, while others exited these movements altogether.”

'Random Act of Journalism' by NBC on viruses’ numbers