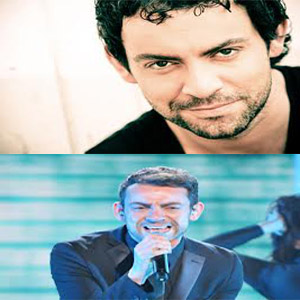 Ben Forster was the winner of ITV's Superstar as Andrew Lloyd Webber was looking for a star for Jesus Christ Superstar.

by DC Content Team
0
Ben Forster was the winner of ITV’s Superstar as Andrew Lloyd Webber was looking for a star for Jesus Christ Superstar. Since his win on the show Forster has been touring the country with the musical and we caught up with him for a chat.

– How has your life changed since you were on Superstar?
My life has changed in every way, it’s so weird. Just to win the competition was one thing, but what we did after, the tour was just like a dream come true. The amount of opportunities that I have available is just timesed by a hundred. Really, it’s sort of weird being recognised and getting peoples response. On the street people are so nice, it’s just been lovely really.

– Did your time on the ITV show prepare you for the live tour?

Definitely, I don’t actually think there would be much that I could do that would be harder than the ITV show. It was so intense because it was every night, it really tested me, my ability, my memory and the amount of strength I had and focus. We took on a different song every day, it was really hard, in X Factor they get a week between their performances, and we had literally hours. It was stressful, obviously the show was mega hard, and when you look at it in comparison it was a good training ground for that actually.

– Was it weird for you to go from being judged by Mel and Lord Andrew Lloyd Webber to being their colleague and working with them as an equal?

It was, it definitely took a week or so to get into sync with. Still with Andrew, actually, I still feel nervous and he has such an aura about him. He’s so nice to me, he’ll pay for dinner and we’ll go for tea and glasses of wine but I still kind of go ‘Oh My God, it’s Andrew Lloyd Webber’. I think it’s because he was such a big part of my ambition as a child. Now, with Mel, I wouldn’t be star struck or I don’t get weird about the fact that she texts me. It’s been a few months now and we’ve been close friends, we’ve been working so close to one another, and being on tour she was a really great support network for me, I see her as a friend now.

– You went to Italia Conti did you make any famous friends that you’re still mates with?

– Do you have any weird backstage habits to prepare you; is there anything that you do to get into the right mindset before you do a show?
Yes, it’s really weird, I’m quite superstitious so I have these stupid things that people laugh at but I do them. They can change from show to show actually; with this one it was counting the steps on the ladder before I went on, I don’t know why, but it was basically just counting and touching all the steps. If I didn’t do it I would have a bad show.

I’m about to start rehearsals tomorrow actually, for the Rocky Horror Show, which I’m really excited about, I’m playing Brad in that. So we start in Brighton I December and then I’m doing a few dates around the UK until February, so that’s my next thing and I’m really quite excited because it’s a completely different part,

– If you could play any part in the West End, in any musical, running or not, who would it be?

I’m glad you said running or not because I’ve always loved Blood Brothers and I always wanted to play Nicky. It’s finishing now, I think it may have even finished. I really like to be Jean Valjean in Les Mis but I think it’s a few years ahead of me.

Prince Harry bashes privacy ‘feeding frenzy’ in the US