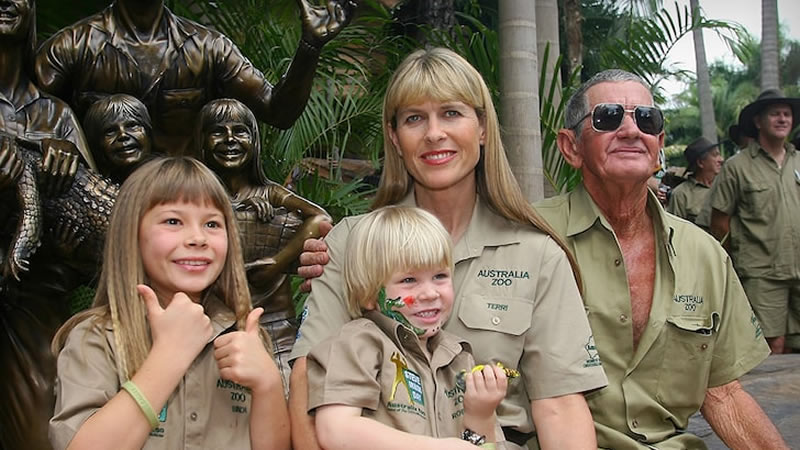 Bindi Irwin is celebrating Father’s Day and showing love for 3 men who are pillars in her life, but there’s someone else who is causing her great pain … her own grandfather.

Bindi posted a heartfelt tribute Sunday … “Appreciation post for the three most incredible fathers in my life. My dad, my husband and my father-in-law. My dad taught me the importance of strength when standing up for what I believe in and to have empathy for all living beings. My husband amazes me every day with his kind and steadfast heart, his love for our daughter is infinite. My father-in-law works tirelessly for his family and is always there with a word of encouragement. These extraordinary men inspire me and I love them so very much.” She showed love and appreciation for her late father Steve, her husband, Chandler and father-in-law Chris — but she opened up about what she calls her “abusive relationship” with her grandfather, Bob Irwin, saying he has shown “no interest” in her or her family.

Bindi got specific …“He has returned gifts I’ve sent him after he opened them, he has ignored my correspondence and from the time I was a little girl he has ignored me, preferring to spend time doing anything else rather than being with me.”

And, it got even more heartbreaking … “He has never said a single kind word to me personally,” adding, “It breaks my heart but it is not healthy to engage in an abusive relationship.”

She says her mom, Terri, has persisted, trying to make their relationship with Bob work … even sending him Xmas gifts, but they have been met with silence.

Bindi says the estrangement has taken its toll … “I have struggled with this relationship my entire life and it brings me enormous pain.”

The last time they were photographed together was in 2007, at a memorial for Steve.