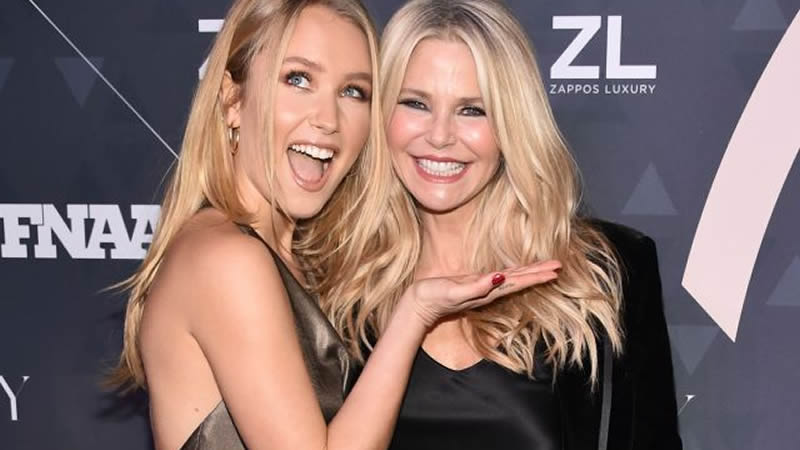 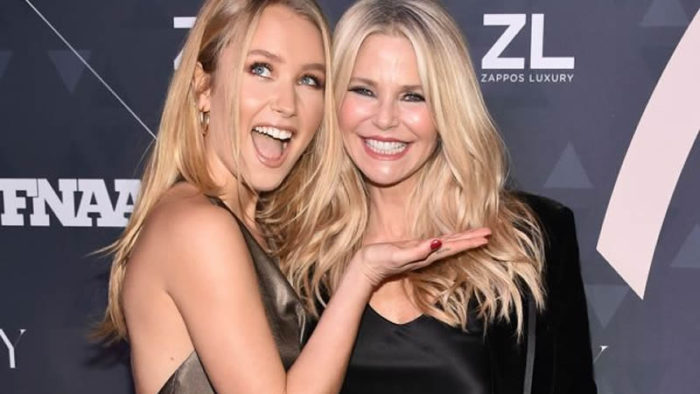 The model assured everyone she was fine!

Christie Brinkley appeared to be having an amazing time with her family on Wednesday when she shared a video of them all onboard a speeding boat.

But when the Instagram video panned around to her daughter, Alexa, Christie’s social media followers bombarded her with questions over her appearance.

The wind was whipping through their hair as they belted out a tune together, only Alexa – who is a singer herself – had her eyes closed and wasn’t joining in.

Fans wondered if she was feeling seasick and asked why she wasn’t joining in. “Wait, is Alexa seasick?” asked one, while another said: “Is Alexa ok?” and a third said, “poor Alexa looks very sick”.

Christie had actually addressed her shut-eyed appearance in the caption when she wrote: “Alexa’s eyes were watering in the wind, lots of pollen in the wind that day.”

But her followers must have missed it as they continued to bombard her with their concerns.

Fortunately, Alexa was absolutely fine, and later in the day, Christie shared another photo with her offspring who was beaming as they tucked into dinner.

Alexa even commented on her mum’s photo and wrote: “I love you so much it’s crazy.”

Alexa is engaged to her longtime boyfriend, Ryan Gleason, but they were forced to postpone their wedding due to the COVID-19 pandemic.

The whole family did get to celebrate Christie’s son, Jack’s birthday, together recently at least. He turned twenty-six and numerous images were shared on Instagram, much to the delight of Christie’s fans.

She wrote a heartfelt tribute to him which read: “Happy Birthday Jack Paris AKA Giacomo the Sonshine of my life! Your zest, zeal, good energy, curiosity and enthusiasm plus your lighthearted humor and thoughtfulness have made being your mom such a joy! Thank you for 26 awesome years‼ May your new year be your best one yet!‼ Love you my presh!”