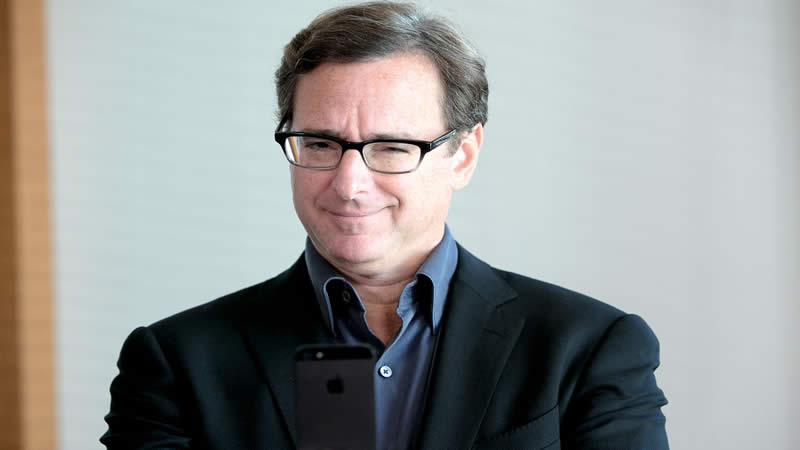 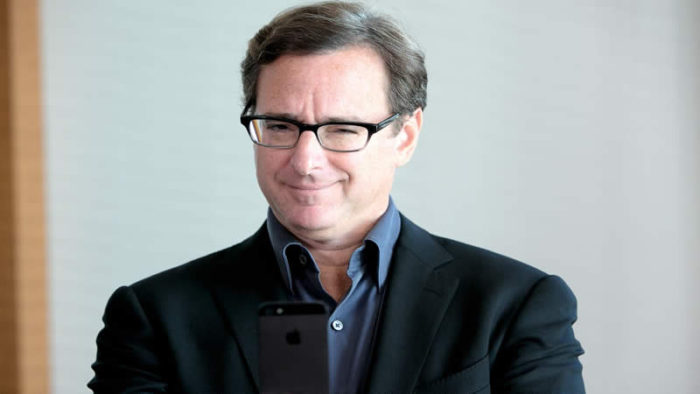 “One of the best human beings I’ve ever known in my life.”

One of TV’s favorite dads, Bob Saget, died Sunday at 65. Reactions were swift in remembering the comedian as one of the nicest and funniest people in Hollywood, with Saget’s Full House family among those expressing their shock and sadness over his sudden passing.

On Monday, Stamos shared a joint statement from the Full House cast and creator on Instagram, along with a picture of them together.

“Thirty-five years ago, we came together as a TV family, but we became a real family,” said the statement,” attributed to Stamos, Coulier, Bure, Sweetin, Lori Loughlin, Andrea Barber, Scott Weinger, series creator Jeff Franklin, and the Olsens.

“And now we grieve as a family. Bob made us laugh until we cried. Now our tears flow in sadness, but also with gratitude for all the beautiful memories of our sweet, kind, hilarious, cherished Bob.

He was a brother to us guys, a father to us girls, and a friend to all of us. Bob, we love you dearly. We ask in Bob’s honor, hug the people you love. No one gave better hugs than Bob.”

In a previous statement to EW, Mary-Kate and Ashley Olsen said, “Bob was the most loving, compassionate and generous man. We are deeply saddened that he is no longer with us but know that he will continue to be by our side to guide us as gracefully as he always has. We are thinking of his daughters, wife, and family and are sending our condolences.”

Bure, who played eldest daughter D.J. Tanner, tweeted Sunday that she didn’t “know what to say” following the death of the man who had played her dad on not only the original Full House but on the Netflix reboot Fuller House.

I don’t know what to say 💔. I have no words. Bob was one of the best humans beings I’ve ever known in my life. I loved him so much.

Sweetin posted a lengthy tribute to Saget on her Instagram saying that she and her sitcom dad “never missed a chance to tell each other, ‘I love you.'”

“Every time we talked, there were at least 3 or 4 exchanged at the end of a conversation, whether it was text, phone call, or in person. And he usually had to have the last word, ‘I love you more…'” Sweetin wrote.

The actress reminisced about many moments they shared together, including eating blueberry pancakes at Saget’s house with his family when she was a kid, and “the hundreds of inside jokes we all had, the kind that only a family knows and that nobody else will ever understand or think is funny.”

“Bob was a wonderful human being. A human being that could drive you nuts at times, and he knew it, but who was so genuine that you couldn’t even get that frustrated,” she continued. “Someone who would also call and profusely apologize for at LEAST 15 minutes if he thought he MAY have perhaps said something he shouldn’t have or thought maybe he took a joke too far.

He was a genuinely kind spirit who made it through so much in his life, and was most happy when he was helping others. Whether it was personally or through SO many of his different avenues of philanthropy. He gave great hugs too.”

Stamos, who had a long, loving friendship with Saget, tweeted Sunday that he was in “complete and utter shock,” and that he would “never have another friend like him.”

I am broken. I am gutted.  I am in complete and utter shock.  I will never ever have another friend like him.  I love you so much Bobby.

Having played Rebecca “Becky” Katsopolis on Full House and Fuller House, Loughlin said in a statement to EW, “Words cannot begin to express how devastated I am.”

My heart is broken. I love you, Bob. Your forever brother, Dave.

“Bob was more than my friend; he was my family,” she added. “I will miss his kind heart and quick wit. Thank you for a lifetime of wonderful memories and laughter. I love you, Bobby.”

My heart is broken. I love you, Bob. Your forever brother, Dave.

Barber, who played D.J.’s best friend, Kimmy Gibbler (a nutty, heartwarming thorn in Danny Tanner’s side throughout the show), posted a series of photos on Instagram on Sunday and wrote that Saget had “the biggest heart of anyone in Hollywood.”

Warner Bros. Television, which produced Full House, released a statement to EW following the news of Saget’s death: “Warner Bros. Television mourns the tragic loss of our dear friend Bob Saget. Bob was a father figure to many worldwide in his role as Danny Tanner on Full House. Our thoughts are with his family, friends, colleagues, and fans.”

Alec Baldwin Denies Rumours Of Him Not Cooperating With Officials In ‘Rust’ Investigation; Calls It ‘Bullshit’ & A ‘Lie’