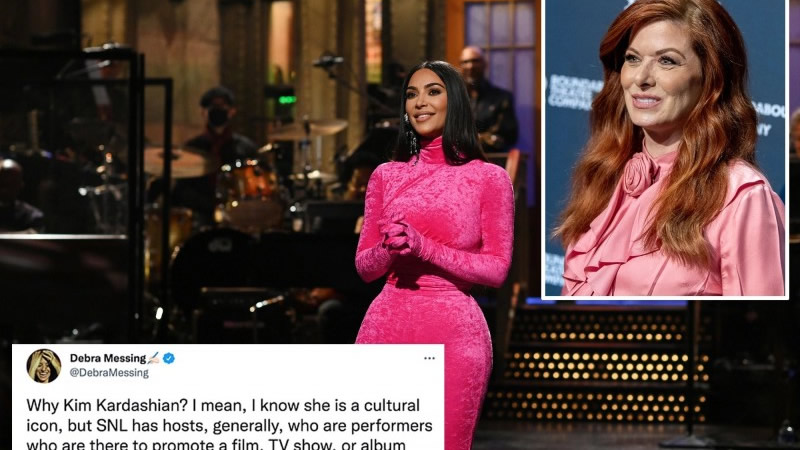 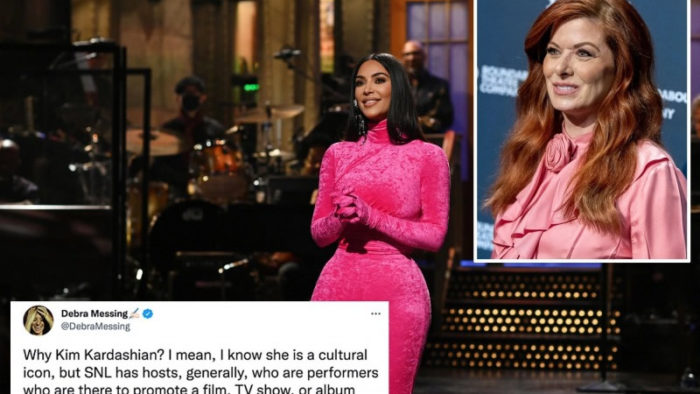 Kim Kardashian recently made her Saturday Night Live debut and while she received a lot of praise for the same.

Although, not long ago when Kardashian was announced as a host for SNL, Will & Grace alum, Debra Messing had taken to Twitter to throw shade at Kim asking why was she chosen to host the comedy show. In a recent interaction on the Tamron Hall Show though, Messing clarified her comment about Kim.

Welcome to The People’s Kourt pic.twitter.com/yaG8is2kIX

Debra mentioned that she did not mean to troll Kim or put her down with the tweet and said, “I was not intending to troll her, and you know if anybody took it that way, I apologize. That was never my intention. She is this phenomenon. I mean, you know, she is a cultural icon.”

The actress further added that she was “confused” and did not know whether Kim was turning up on the comedy show for promoting a TV show, film, or upcoming book which happens to be a common format for SNL.

While talking about the same, she further added, “I was just confused … You know I have been living under a rock. I don’t have my finger on the pulse of pop culture.

So I was like, ‘Okay. Has she been doing something on the side that I’m not aware of because I’ve been so focused on activism?’ And clearly, it was interpreted differently. I watched her and I thought she was amazing, and I was rooting for her”, via People.

Debra not only apologized to Kim but also stated that she’s always supportive of women.

As for Kardashian’s SNL debut, it went on to become a massive hit with the show managing to get excellent ratings. During her viral monologue, Kim roasted her family as well as estranged husband Kanye West.

Will Smith SHARES an update on his fitness journey, calls it 'best shape of my life'