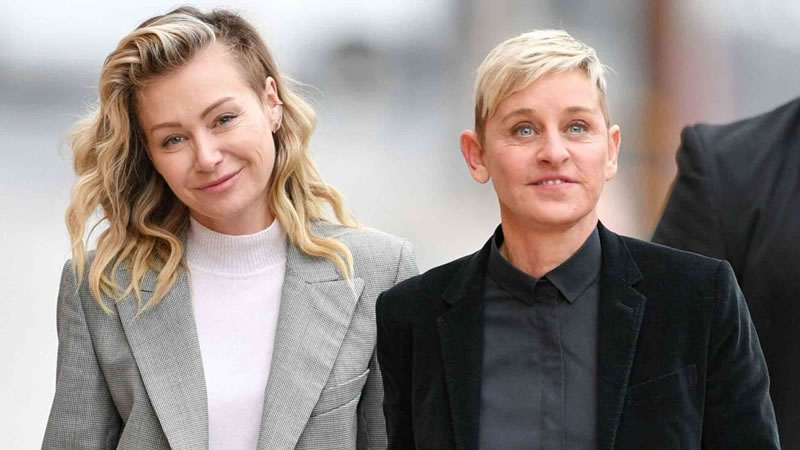 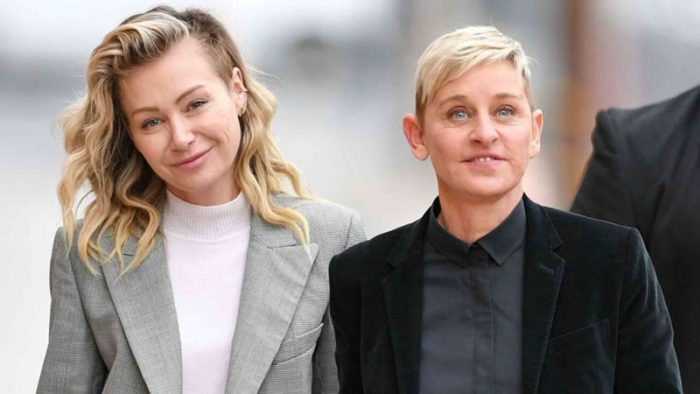 Is Ellen DeGeneres and Portia de Rossi’s marriage “over”? After the talk show host was seen in public multiple times without her wedding ring, one tabloid speculated that DeGeneres and her wife of 12 years had come to an end.

Woman’s Day recently ran an article titled “Ellen & Portia Shock Split.” The outlet reported Ellen DeGeneres was spotted running errands in Santa Barbara without her wedding ring, leading to “rampant rumors her marriage is over.” Several photos of DeGeneres were included in the story to illustrate that the talk show host was seen several times in December without the ring. A “local witness” told the tabloid, “Ellen looked stressed.”

The so-called “witness” also claimed that DeGeneres’ wife, Australian actress Portia de Rossi, used to go out with DeGeneres, but her presence had been missing in recent months. “Lately, Portia has been nowhere to be seen and Ellen goes out alone,” they said.

The cause of the couple’s problems? Predictably, DeGeneres’ toxic workplace scandal was blamed for tensions between the spouses.

De Rossi, the tabloid’s source insisted, had “suffered” through DeGeneres’ scandals over the past year. “Ellen and Portia have been on the edge for months, ever since she got battered in the press when it came out she’s a total tyrant to her staff,” the snitch continued.

As for what DeGeneres’ seemingly missing wedding ring means for the couple, the tattler claimed DeGeneres has been “known to take it off and go out in public without it over the years when they’ve fought.”

That’s led those close to Ellen DeGeneres to believe “her marriage to Portia might be another victim of her horror year.” DeGeneres apparently wasn’t the only one having a “horror year.”

The tipster argued that when DeGeneres is put under too much pressure, “she can appear mean, and given they’ve been in lockdown together since March, I worry Portia has copped the brunt of that.” Although the source went on to say that Portia de Rossi “puts up with a lot from Ellen,” but even she “must have her limits.”

Woman’s Day has been uncomfortably obsessed with Ellen DeGeneres and Portia de Rossi’s marriage for years, and has often used any and every excuse to predict that the couple’s union will come to an end. Any day now, the tabloid claims almost weekly, the two are going to split up.

Even before DeGeneres’ “horror year,” the outlet published reports declaring that the marriage was ending. The rumors weren’t true three years ago, and they’re even less true today.

It’s ironic that the tabloid chose to publish this story when it did, since a few weeks later, Portia de Rossi and Ellen DeGeneres appeared on the cover of People, where they reaffirmed their love for one another.

De Rossi said her “thoughtful” wife was constantly doing small, kind things for her. And DeGeneres said de Rossi had been her “rock” throughout this last year, adding, “She kept me going and tried to help me put things in perspective.” The couple is as devoted to each other as they’ve always been, if not more.

A few months back, this tabloid claimed this wasn’t the case. In fact, the outlet seemed convinced that the two were drifting apart and that DeGeneres had moved out of their shared home.

Gossip Cop found out that the two had sold a property and both Ellen DeGeneres and Portia de Rossi were moving, though of course the tabloid misrepresented what was happening. The shameless trick didn’t fool us for a moment and is one reason why we’ll likely never believe this outlet out right.