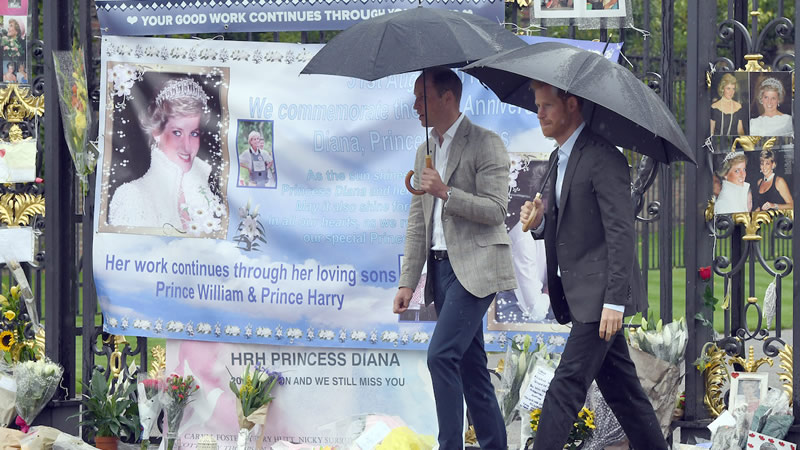 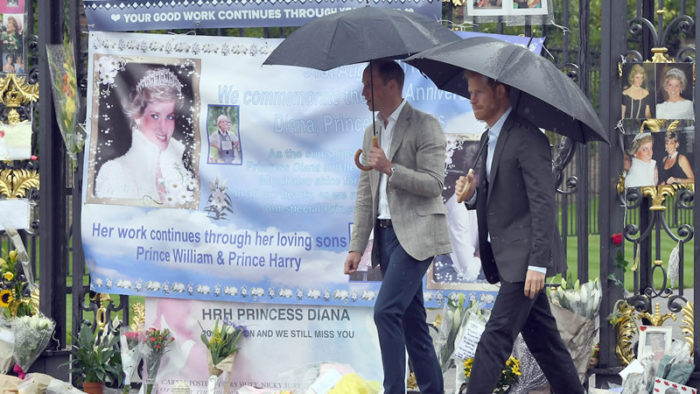 Family is what drove Prince William and Prince Harry apart and family is what will bring them back together. Physically, at least.

The feuding brothers will set aside months of acrimony on Thursday afternoon, London time, to unveil a long-awaited statue of their late mother Diana, the Princess of Wales, on what would have been her 60th birthday.

It will be the first time the pair has seen each other since their encounter following the funeral of Prince Philip in April and has raised hopes in Britain of a reconciliation between the heir to the throne and his only sibling.

Harry has flown from California to attend the unveiling but his wife Meghan, the Duchess of Sussex, stayed behind to care for their newborn daughter Lilibet Diana Mountbatten-Windsor.

More than 100 people were due to attend the ceremony but the event has been drastically scaled back because of coronavirus restrictions.

William’s wife Catherine, the Duchess of Cambridge, won’t attend either.

The small guest list is expected to include William, Harry, and a small group of Diana’s family including her brother Charles Spencer.

The work by artist Ian Rank-Broadley will be placed in the Sunken Garden of Kensington Palace, reportedly one of Diana’s favorite spots in her former London home. Rank-Broadley’s effigy of the Queen graced Australia’s coin currency for more than two decades before it was phased out in 2019.

A statue paying tribute to the popular princess has been a polarising topic since her death in a Paris tunnel in 1997 because artists and the public have been divided about whether it should capture her during her time married to Prince Charles or her later years.

The new Kensington Palace work, which has not been seen by the public, was partly paid for by singer Elton John and his husband David Furnish.

Commissioning the statue in 2017, William and Harry said: “Our mother touched so many lives. We hope the statue will help all those who visit Kensington Palace to reflect on her life and her legacy.”

Brotherly relations soured following Harry’s marriage to Meghan in 2018 and deteriorated further when the couple recorded a bombshell television interview with Oprah Winfrey earlier this year.

Harry told Winfrey he loved his brother “to bits” but confirmed a deep rift had opened up between them.

“We’ve been through hell together. I mean, we have a shared experience. But we, you know, we’re on . . . we’re on different paths,” he said.

“The relationship is space at the moment. And, you know, time heals all things, hopefully.”

He said William and Charles were “trapped” within the monarchy, and claimed someone in the royal family had expressed concern about how dark the skin of Meghan’s firstborn child Archie would be.

Asked after the interview whether the royal family was racist, William shot back: “We are very much not a racist family”. The pair released separate statements following Philip’s death and did not walk side-by-side in his funeral procession.

But in a sign of a potential thawing, Harry this week mentioned his brother in a speech to recipients of The Diana Award for young people who spearhead social change.

“Later this week, my brother and I are recognizing what would have been our mum’s 60th birthday, and she would be so proud of you all for living authentic life with purpose and with compassion for others,” he said.

“Our mum believed that young people have the power to change the world.

“She believed in your strength because she saw it day in and day out and in the faces of young people exactly like you, she witnessed a boundless enthusiasm and passion.”