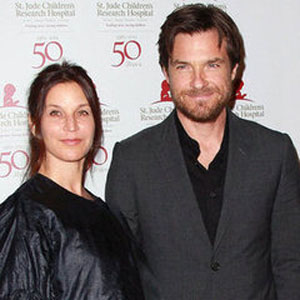 Jason Bateman‘s wife has given birth to a baby girl.

The ‘Horrible Bosses’ star welcomed his second daughter with spouse Amanda Anka on February 10, and they have called her Maple Sylvie, a representative confirmed to People.com.

The pair – who married in July 2001 – already have five-year-old Francesca Nora.

He said: "Meeting my wife Amanda was the best thing that could ever have happened to me. She wasn’t going to let me screw around my life anymore, so I stopped drinking and started behaving like a decent human being.

"Then I got very, very lucky when ‘Arrested Development’ came along. That series saved my career – it gave me back my credibility I used to have when I was much younger and before people gave up on me as a party guy in Hollywood. It was just enough to make me ambitious again."