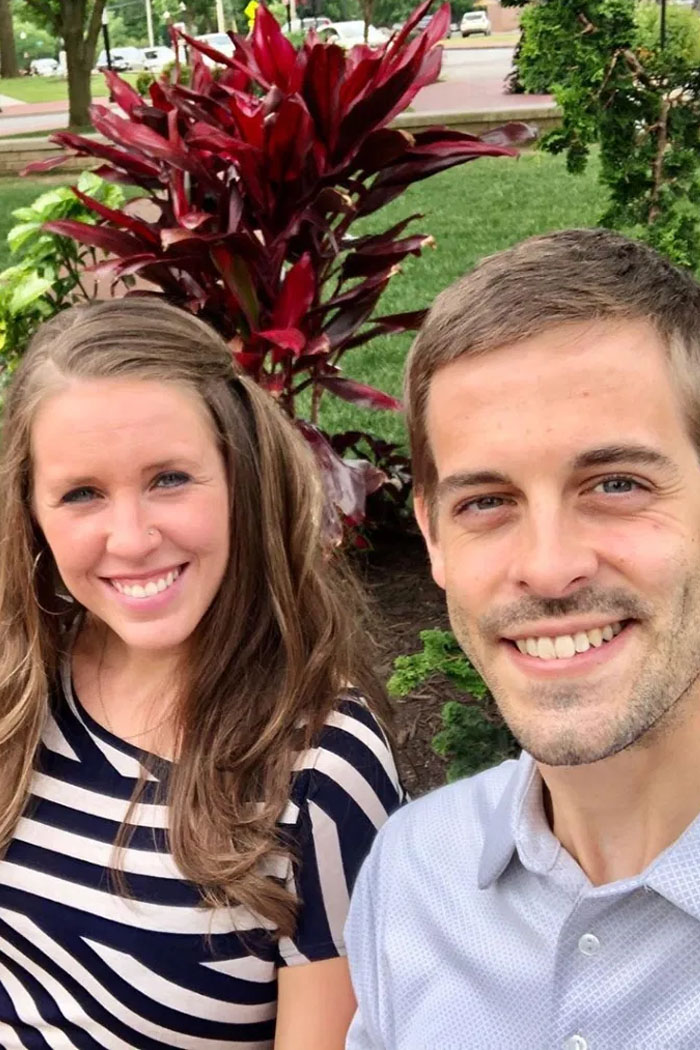 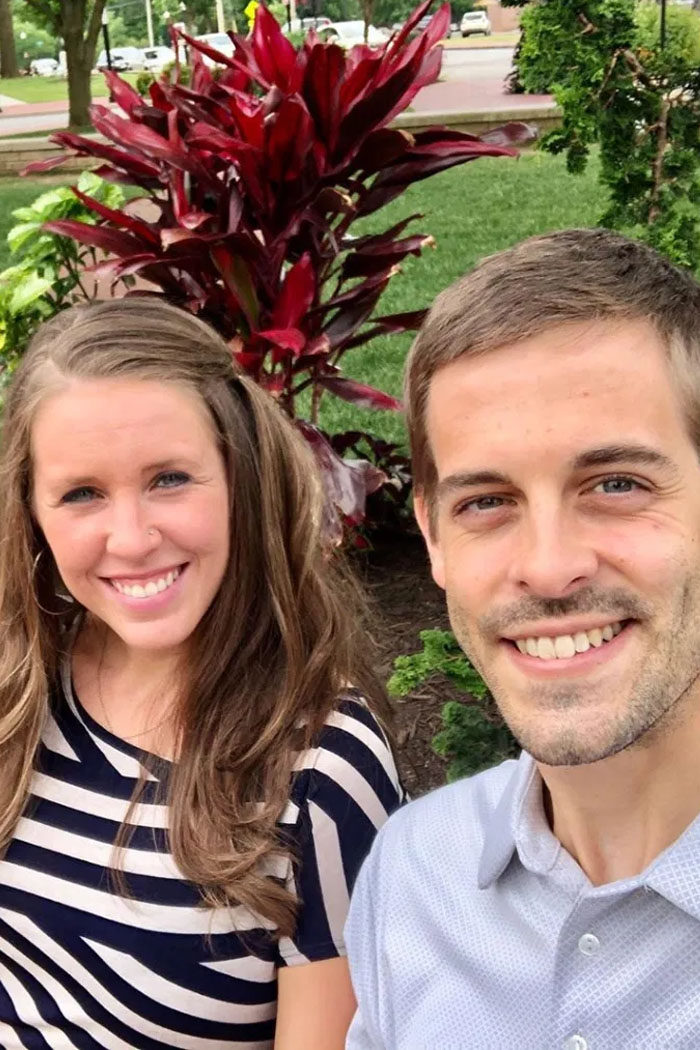 Has Jill Dillard and her husband Derick earned the wrath of her father, Jim Bob Duggar, by straying from his conservative ways? One tabloid believes there’s a rift in the family that has only grown since Jill has begun behaving in a “daring” manner by wearing pants and piercing her nose.

It’s no secret that Jill Dillard, formerly Duggar, and her husband Derick haven’t been getting along with the rest of Jill’s large family, particularly her father, the patriarch, Jim Bob Duggar.

The National Enquirer reports this week that Jill’s refusal to follow the family’s conservative rules, which require women to wear long skirts/dresses and to have as many children as possible, to name a few.

Jill has begun flouting these rules, with the approval and encouragement of Derick, in recent years. She’s begun having the occasional alcoholic beverage, she cut her hair, and she’s sometimes donned a pair of jeans while out in public.

This “daring” behavior from Jill has angered her father, the tabloid and its sources insist, and he’s taken swift action and “banned” Jill and Derick from the rest of the family, with the source adding,

Jim Bob’s even demanded their neighbors have nothing to do with them!

The source goes on to list several reasons why Jill and Derick “drew Jim Bob’s fury,” including critiques from the younger couple about Jill’s parents’ conservative opinions as well as the fact that Derick and Jill shut “down their own family factory,.

Which is a crude way of saying that the couple are content for the moment with their two children and have recently admitted to using non-hormonal birth control. The source claims that the Dillards have a very specific reason for not wanting anymore children, snitching,

Jill and Derick are using birth control because they refuse to have more babies and overpopulate an already crowded world.

In addition to breaking the family’s rules on her own, Jill has also supposedly been encouraging “her nieces to go to college and pursue careers,” which her parents aren’t too thrilled about since they believe men should be “the breadwinners” while “women raise babies at home.” The source concludes, Jill and Derick’s outing of ‘the rules’ has resulted in Jim Bob banning them from the family home – and barring every Duggar from speaking to them or seeing them ever again!

This article is embarrassingly off track, especially since Jill Dillard recently opened up to People about many of the topics this article covered. Much of what Jill revealed in her People interview directly contradicts the claims of this tabloid and it’s almost assuredly made up sources.

She admits that she and “some of” her family aren’t on “the best of terms,” but insists that they’re “working towards healing definitely and restoration,” though they’ll have to “take some time and heal” first. She’s had some contact with her extended family, even during the pandemic, according to photos posted to the Duggar family’s Instagram page.

Though there’s definitely still tension between herself and others in her family, it would appear that Jill hasn’t been “banned” from the rest of her many family members’ homes. As for the suspicious source’s claims that Derick and Jill Dillard decided to go on birth control over concerns about “overpopulation,” the idea is simply absurd. Jill told People that her doctor had advised her to wait 18 months before trying to get pregnant again after the birth of her first son via C-section. She added, “

Growing up, it was ingrained in me that if you don’t have as many kids as you’re able to, that there’s something wrong with that. But there was a shift in me where I felt like it wasn’t wrong if you decide as a couple that it’s best for you to wait.

“Children are a blessing,” the reality star continued, “but that doesn’t mean that at all costs you should have as many kids as possible.” Nowhere in that explanation was anything about “overpopulation.”

In fact, the couple went on to say that they’d enjoy having more kids when the time was right, or even adopting. Clearly the source and the tabloid have no clue what’s going on behind the scenes in either the Dillard or the Duggar household, which is why this story gets so much wrong.