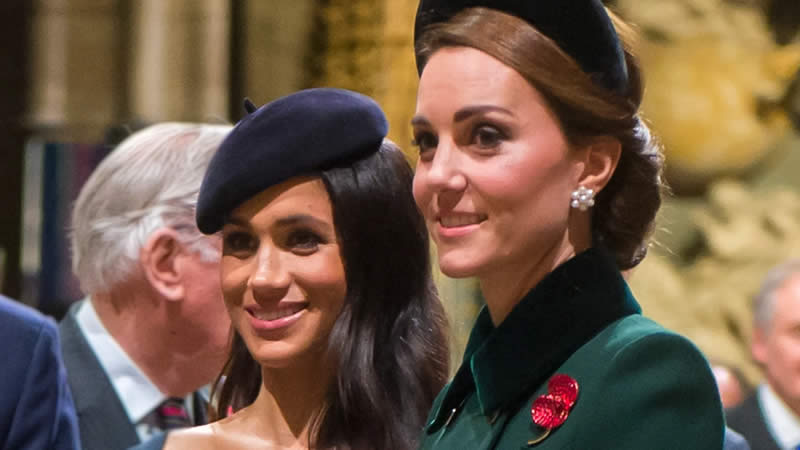 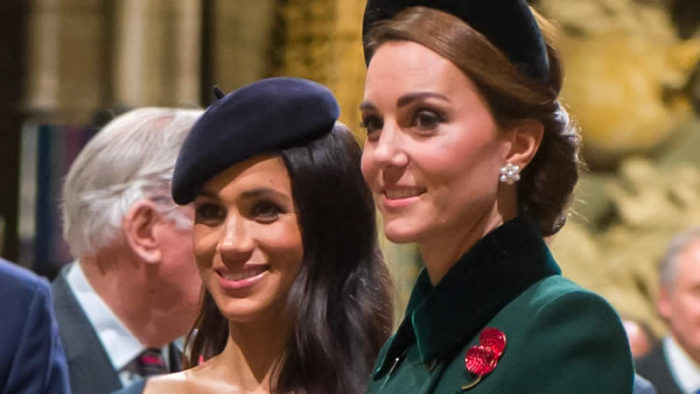 It was the shocking tell-all that shook Buckingham Palace down to its 318-year-old foundations, blowing Princess Diana’s infamous 1995 Panorama confessional out of the water.

And less than 24 hours after the world watched Meghan Markle and Prince Harry level explosive accusations of racism and neglect against the House of Windsor during their TV sit-down with Oprah Winfrey, one of their main targets, the Duchess of Cambridge, was seen looking stone-cold furious as she ran errands in London.

The palace took the traditional route of issuing a brief statement professing their sadness and concern at Meghan and Harry’s claims – though it included a stinging jibe that “some recollections may vary”.

The statement ended with the declaration that the family would investigate the issues privately.

But New Idea can exclusively reveal via Kensington Palace sources that Kate wants to respond to Meghan and Harry’s damning allegations.

“I have never seen Kate so angry,” says the source. “And I don’t blame her … she was dragged into this within 10 minutes of Meghan’s interview and hasn’t been able to fight back. She usually adopts the Queen’s ‘never complain, never explain’ approach, but this has gone too far.”

The first of Kate’s concerns is Meghan insisting that stories about her making her sister-in-law cry in the lead-up to her 2018 wedding was, in fact, the other way around.

“The reverse happened,” Meghan claimed. “It was a really hard week of the wedding and she was upset about something, but she owned it, she apologised, and brought me flowers.”

But our well-placed insider says: “This is total crap. Meghan made Kate cry during a fitting of Princess Charlotte’s bridesmaid dress. Everyone said it was about the girls wearing tights, but it was actually about the hemlines.

It was a fairly minor issue, but Kate had just given birth to Prince Louis and she was feeling rather emotional.”

A separate source adds that Kate “can’t bear” to see her entire family painted as racist, after both Harry and biracial Meghan told Oprah that a member of the royal family had raised “concerns” over the skin colour of the Sussexes’ future children.

“They refuse to say who it was, which in some ways is worse because there’s a lot of speculation that it was Prince William,” says our insider. “Kate won’t have that. She would like her right of reply and has made that intention clear to Her Majesty and Prince Charles.

“They aren’t quite on board with it, as they don’t want to turn this into a war of words any more than it already is, but for Kate, this is personal.”

Meghan drew worldwide sympathy when she revealed to Oprah she struggled so much with life at the palace that she had “methodically” considered suicide – and she added her pleas for help went ignored by The Firm’s staff.

“Kate would love to use an interview to highlight the work she and William have done through their mental health charity, Heads Together, especially after Meghan’s worrying story might have been triggering for some viewers,” says our insider.

“Kate is very concerned about the lasting damage the Sussexes have done to the monarchy, after all the work she and Wills have done to modernise it.

“She worries that if not enough is said now to correct the record, there could be very real problems down the track when it’s time for her family to inherit the crown. Kate feels she is left with no choice but to speak publicly – even though it’s not usually in her comfort zone – if there’s any chance of saving things.”

Could The Progressive Era Be Coming To An End?