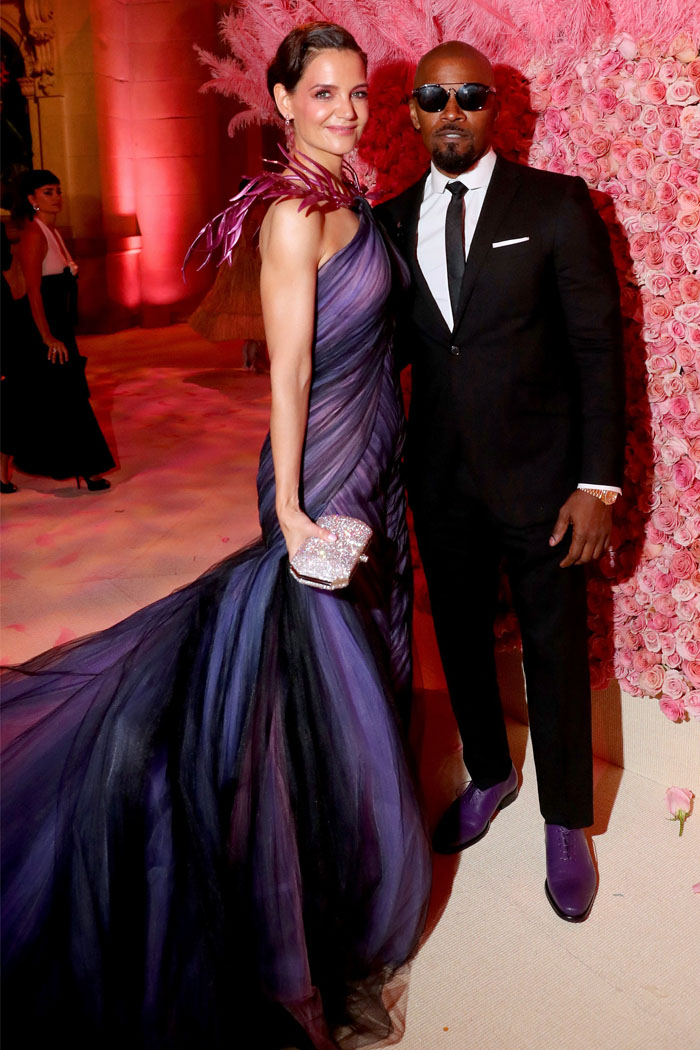 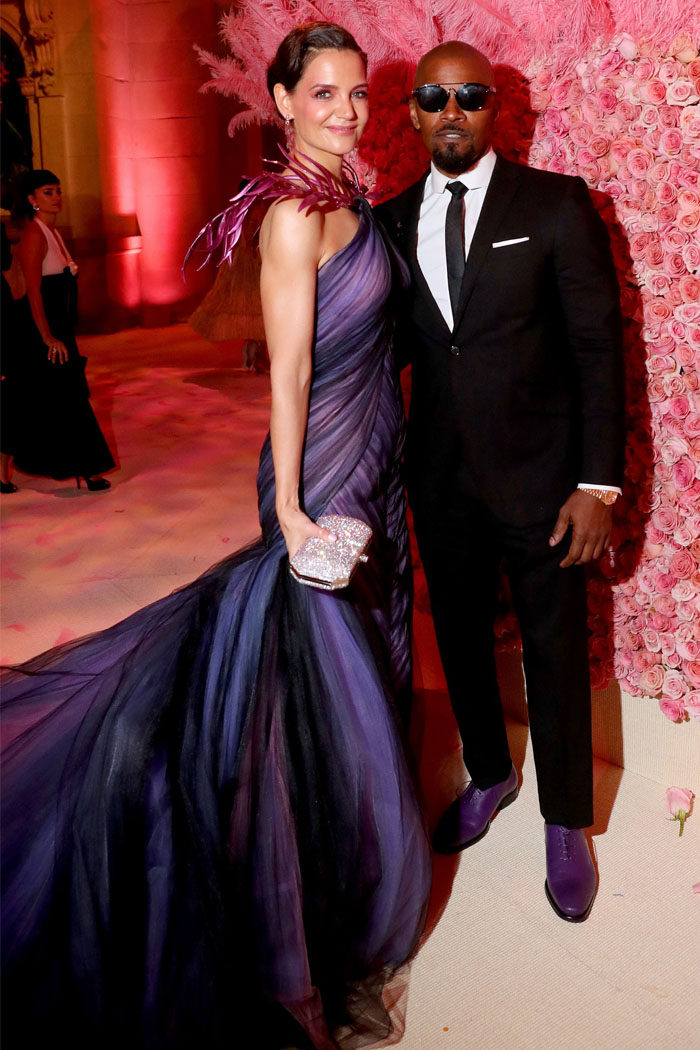 For about six years, Katie Holmes and Jamie Foxx were one of Hollywood’s more private couples. After breaking up last year, one tabloid said Holmes was heartbroken to discover that Foxx was engaged to a new girl.

Back in December, Life & Style reported that Foxx was engaged to fitness model Dana Caprio. The story came out not long after Foxx and Holmes broke up, so the news was “sending shock waves through Katie Holmes’ world.”

Foxx had told Holmes he would someday settle down, but he ultimately never proposed to Holmes. His decision to turn around and get down on one knee for “a girl he barely knows” has left Holmes “heartbroken.”

This news came after Caprio was spotted wearing what appeared to be an engagement ring. This hit Holmes “like a sucker punch to the gut.” According to a source, “Katie still does and always will love him.”

Foxx and Caprio were never serious enough to get engaged. The two had a fling that did not carry into 2020. The Ray star was recently spotted with a mystery woman on what could have been a dinner date. Since the engagement was never true.

Despite this tabloid saying Holmes “always will love him,” she’s recently been spotted getting very affectionate with her new boyfriend, chef Emilio Vitolo. Tabloids have already started making up all kinds of stories about her new romance. Star said Vitolo was already cheating on her, while Woman’s Day claimed the two were about to get married. Hasty engagements are a tool used by tabloids to sell magazines, Without confirmation from the couple, these stories should only ever be taken with a grain of salt.

This was just one of many stories Life & Style published after Holmes and Foxx split up. It even claimed that she had gotten a revenge makeover in a “desperate effort to boost her sagging self-esteem.”

It didn’t stop there though, as the magazine then said Suri Cruise was helping her mother purchase a new wardrobe as a way of getting over Foxx. The tabloid just ran through all the breakup stereotypes it could think of, but Holmes’s attire was never tethered to Foxx.

In another story, the Batman Begins star was trying to hastily find a man to who would marry her and become Suri’s father. Holmes has been a single mother for a long time, so why would that suddenly need to change just because a breakup happened? She’s a strong woman that this tabloid clearly knows nothing about.

The bottom line is that Holmes is an adult who went through a public divorce more tumultuous than the split with Foxx. This report of engagement and heartbreak was completely untrue. Both Foxx and Holmes have moved on.

Meghan Markle seems to shut down trolls with her virtual appearance