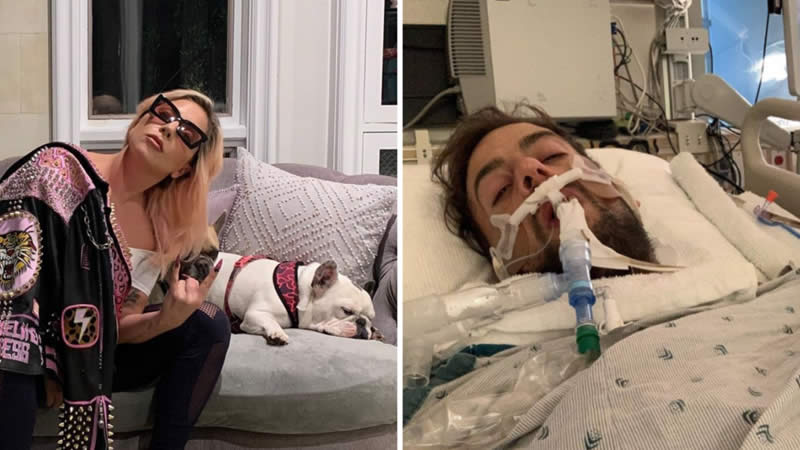 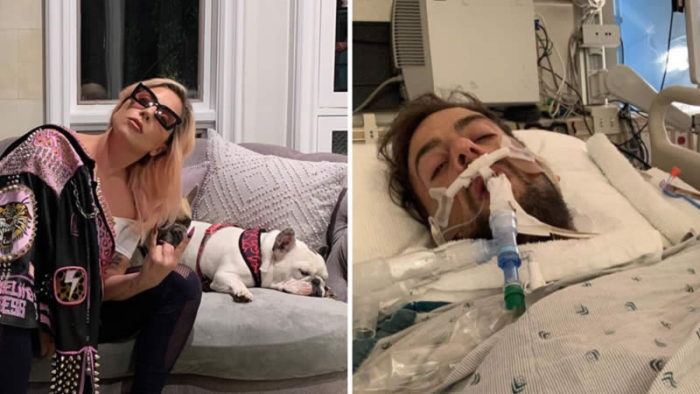 Lady Gaga’s dog walker Ryan Fischer, who was shot in February, learned just how close his brush with death was after he ended up back in the emergency room with a collapsed lung one week after his previous visit to the ER.

Fischer shared a video on Instagram that shows him wearing a hospital gown and slowly and painstakingly getting dressed.

He also shared how he learned to accept that his recovery “isn’t a straight line”.

Fischer had been “prepared to quietly start a path to healing from the emotional trauma and continue on my way,” he wrote.

“Life would be back to normal soon enough.

“Unfortunately, the strange hissing and glugging coming from my chest every time I took a breath begged to differ with that assessment,” he continued.

“A doctor visit and X-ray followed, and soon after I was whisked to the same ER where I had been only a week earlier.

“My lung had collapsed, and air was filling up my chest cavity.”

Fischer said he was re-admitted to the ER and also had to confront the emotional trauma of the night he was shot.

“Along with accepting the news that I was about to be re-admitted, several nurses and doctors told me how they had been in the room when I came in with my gunshot,” he wrote.

“How they didn’t think I was going to make it.

“My mind transported me to that night when I was evaluating the shock and concern on their faces as blood spurted out of me on to them, the table, and floor (and I tried to bring levity to the situation by making jokes and obvious statements like, ‘Well that doesn’t look good,’ as they raced around attempting to stabilise me), but to hear them actually say it.”

Fischer wrote that “back in the hospital,” his lung collapsed several times.

“It became quite clear that my lung was not healing, and the bullet wound had scarred my tissue like a burn,” he wrote.

“It could take months, if ever, for the hole to seal. Lunches of grilled cheese and tomato soup and art walks blurred into one until the day came to remove portions of my lung.”

Fischer underwent surgery and is now recovering “in the outside world,” he wrote, where the “triggers are real” and he’s working through the emotional trauma of what happened to him.

Fischer was assaulted and shot in Los Angeles on February 24 in an attack by two unknown suspects who seized two of the three French bulldogs Fischer was walking and fled in a white Nissan Altima, according to Los Angeles police.

The two stolen dogs, named Koji and Gustav, were returned two days after the shooting by a woman who found them and brought them to a police station.

No arrests have been made in the case.

“The journey is hard, it’s assuredly painful, and questionable choices that no longer serve me like wearing skinny jeans are made,” Fischer wrote.

“But I try. And somewhere within that I find the absurdity and wonder and beauty this life offers us all.”

You Won’t Believe What Andrew Cuomo Was Just Caught Doing--Things Are Getting Worse & Worse!