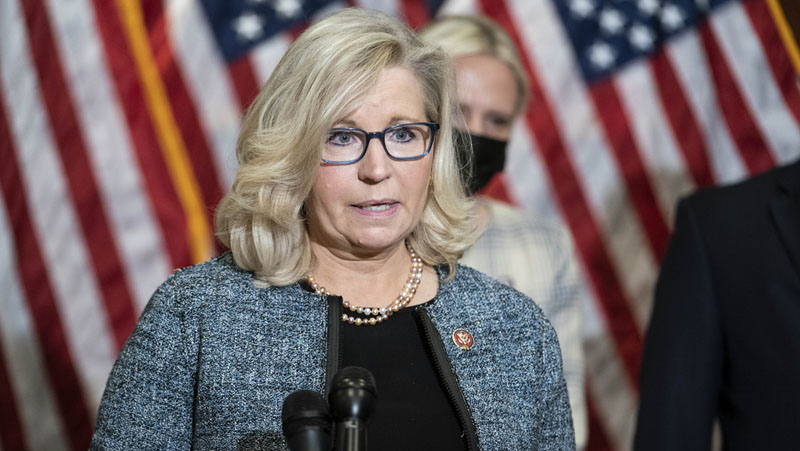 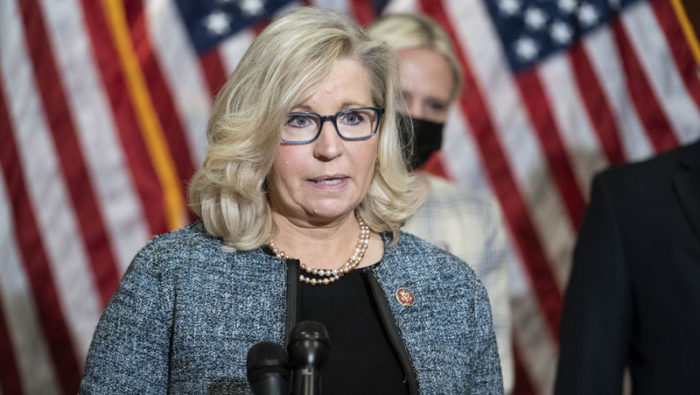 Well, it’s official. Rep. Liz Cheney has been cast out of her House GOP leadership position via a voice vote. The whole process took 20 minutes and not a single attendee spoke out to defend her.

Of course, Cheney wasn’t going to go down quietly, and in not doing so, she strapped on the skis and jumped the shark one final time. Ok, it’s probably not going to be the final time, but I digress.

First, she gave this speech on the floor last night prior to the vote.

GOP Rep. Liz Cheney: "Today, we face threat America has never seen before. A former president who provoked a violent attack on this Capitol, in an effort to steal the election, has resumed his aggressive effort to convince Americans that the election was stolen from him." pic.twitter.com/Uh6IOcfRHA

Our best ally in the Middle East is in a hot war right now, inflation is absolutely out of control, the jobs market has stagnated, the border is at crisis levels, and to top it all off, we have a gas shortage just so we can get that full 1970s experience. Despite that, Liz Cheney felt it necessary to go to the House floor, not to offer amends or to signal she would be willing to unify and move on, but to once again rant about Donald Trump and January 6th.

That video, valued readers, is why she was voted out of leadership this morning. It was the right move, and now Cheney can obsess over a guy who isn’t even president anymore from the backbench.

Of course, as if to purposely prove her detractors right, Cheney immediately went out and stuck her finger in her caucus’ eye again after the vote was finalized.

Rep. Liz Cheney: "We must go forward based on truth. We cannot both embrace the big lie and embrace the Constitution…I will do everything I can to ensure that the former president never again gets anywhere near the Oval Office." pic.twitter.com/jrIwLTdP6t

A few things here. For starters, Cheney, who spread the fake Russian bounties story and never apologized for it, virtue signaling about truth is rich. This is a woman who allowed her political wants to gain a foothold over the truth several times during Trump’s tenure.

Two, someone who war-mongers and has helped create destruction across the globe, specifically in the Middle East, doesn’t get to pretend they are somehow morally superior. The arrogance is stunning, and it shows how shallow some in the GOP have become over the last decade or so. What matters more? A three-hour period of unrest at the Capitol where a bunch of unarmed people threw some punches and took selfies? Or the hundreds of thousands of dead Syrians, Iraqis, and Libyans killed at the behest of Cheney’s chosen policies?

Finally, let’s just talk about political strategy. If the goal here is to stop Trump from running in 2024 and to prevent him from winning the nomination if he does, why would you go on a crusade against him? That’s exactly how Trump ended up the nominee in 2016. From a purely pragmatic standpoint, the worst thing you can do is obsess over him and play the foil. But Cheney is happy to do it, playing against what are ostensibly her own interests.

Meanwhile, as I write this, Cheney is putting the capstone on her demise, sitting down with Savannah Guthrie, a continuation of her trend of doing the left-wing media’s bidding.

If she were trying to show she deserved to be ousted, what would she be doing differently? https://t.co/crinQEUm80

Ah yes, that’ll show Republicans you are a team player who truly cares about the future of the country and defeating the left. Guthrie is an absolute hack who despises the GOP so I guess she’s the perfect interviewer for Cheney to throw red-meat to. Still, this is just the latest bit of proof that Cheney needed to be ousted. Good riddance.