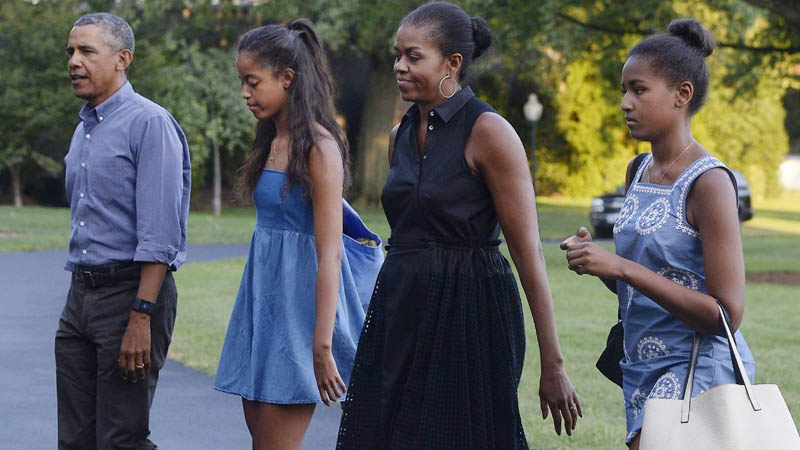 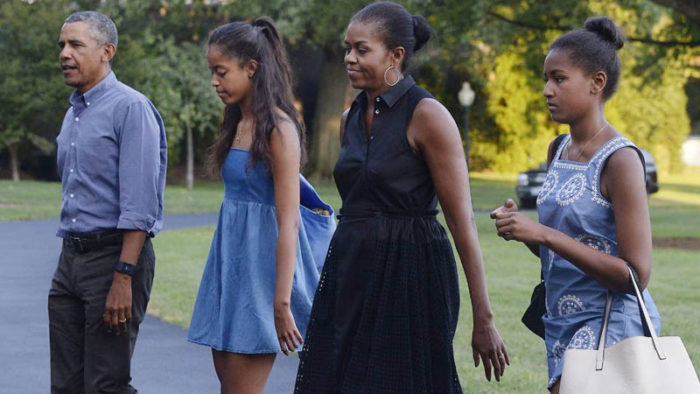 The political pair have two daughters, Malia, 22, and 19-year-old Sasha.

Michelle Obama has joked her husband, former President Barack Obama, had the “tougher time being an empty nester.”

The political pair have two daughters, Malia, 22, and 19-year-old Sasha, and both moved back home as their university schooling went online during the coronavirus pandemic.

But Michelle has now admitted that Barack finds having them home a “delight,” whereas she is ready to “kick them out the door” again.

“I spent all my time with them, he was President,” Michelle said on The Kelly Clarkson Show.

“I can’t find anything with these little women in my house,” she added, “they are always sneaking into my room, ‘what are you doing, what are you taking?'”

Malia, a senior at Harvard, and Sasha, a sophomore at University of Michigan, both were forced to study at home in 2020 as colleges closed down across the country.

Now, Michelle has revealed that the girls “didn’t come back into the house into the same set of rules, because I didn’t want them to miss out on independence.”

But Michelle has already revealed that the time allowed her to “get some stolen moments back”.

“Those recaptured moments have meant the world to us and I think they’ve made our relationships with our children even stronger,” she told People magazine.

“They came back as young women and our conversations are more peer-oriented than they are mother-to-daughter.”

She previously explained the exciting venture on Instagram and wrote: “It’s all about good food: discovering it, cooking it, and of course, eating it. These two [puppets Waffle and Mochi] will take us on adventures all around the world to explore new ingredients and try out new recipes.

“Kids will love it, but I know that adults will also get plenty of laughs – and some tips for the kitchen.”