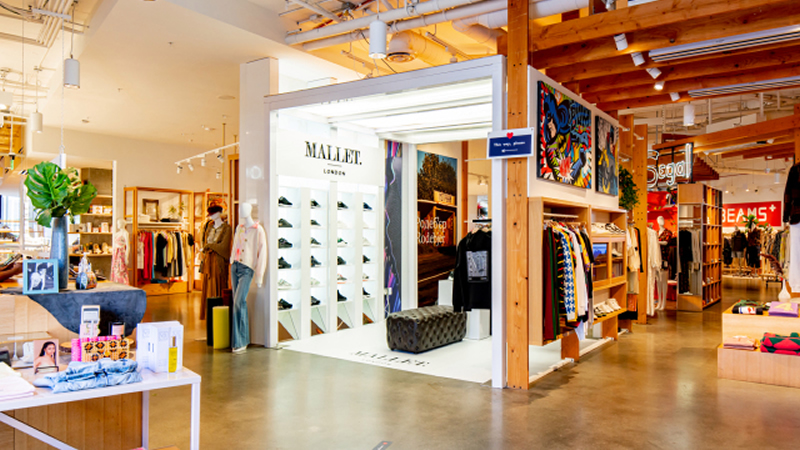 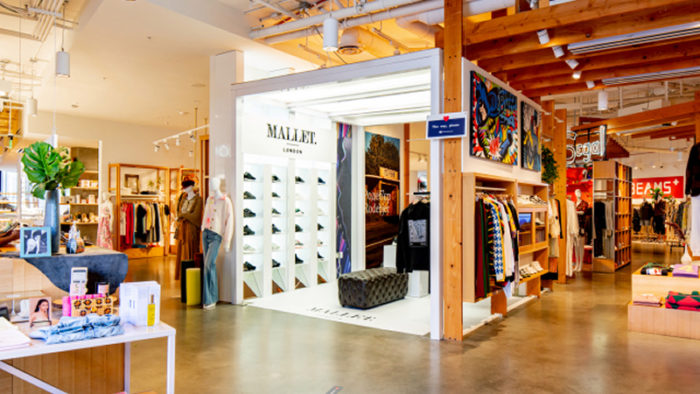 FOOTWEAR WITH FLAIR: Mallet London sneakers, popular at Harrods, Selfridges, Harvey Nichols, and other stores in the U.K. and Europe, have arrived in North America.

Mallet’s line of colorful, upscale sneakers, with signature metallic heel clips, is now available at a pop-up at Fred Segal in Los Angeles and will appear at Saks Fifth Avenue locations in Beverly Hills and Bal Harbor, Fla., and on saks.com, possibly as soon as next week. From there, it’s on to Harry Rosen in Canada in the fall, and into Australia at a yet-to-be-determined retailer there. Select styles are being imported. Fred Segal is also selling the sneakers online and will operate the pop-up through May.

The sneaker line was founded six years ago by Tommy Mallet and his friend Evren Ozkarakasli, after Mallet couldn’t find anything on the market that spoke to his style, met a certain level of quality, and fit into his budget. He eventually took matters into his own hands, sketched an idea, reached out to his friend who worked in the fashion industry, and turned his idea into reality.

Mallet says his sneakers, which are priced $180 to $300, are distributed at 145 stores in Europe, the Mideast, and South Africa. They feature mixed material paneling, dual pull tabs, a scuba-like pull-on function, a boosted sole unit for height, and Mallet’s “M” monogram.

His ambitions keep growing. “Our ultimate goal is to achieve the same success in the U.S. that we’ve had with the brand in the U.K. and Europe,” said Mallet. “I would like Mallet to become synonymous with high-quality footwear across the globe.” He’s being helped by former Saks executives Tom Ott, Shawn Pean, and Kathleen Ruiz on his intercontinental expansion.