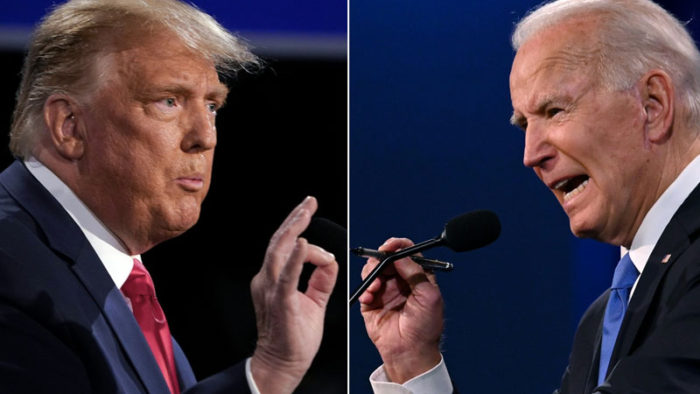 Who believes that the 2020 presidential election was fair and square?

Does anyone else still believe that Donald Trump was the rightful victor in that election?

We have some good news!

The long-awaited audit in Maricopa County in Arizona is slated to begin this Friday, April 23, 2021!

This is major news.

This is not a recount.

Instead, this is a forensic audit that will examine all the ballots and voting machines in Maricopa County.

The State Senate in Arizona already has the ballots and machines in their possession.

They are simply waiting until Friday to begin the audit process.

Let’s just hope none of the materials have been tampered with.

The long-awaited hand count and forensic audit of the election in Maricopa County starts Friday. Process will be live-streamed nationally @OANN observers will be non-partisan for full transparency. Glad to support @AZSenateGOP in their efforts. #ElectionIntegrity pic.twitter.com/nqRgyPVuaN

Each hand recount station during the Maricopa County audit will have two overhead cameras to capture video of each ballot that comes across the counting table.

The shit is going to hit the fan in Maricopa County….mark my words… if you don't think this audit won't find 11,000 fraudulent ballots…. you must be a Democrat. https://t.co/r82sxKrk3a

The audit will be done live… on camera… with two cameras recording.

The Arizona Senate is poised to begin a major audit of over two million ballots cast in the 2020 election in the state’s largest county, a process the state Senate president claims has been stymied by county officials and which the county claims rests on legally uncertain ground.

Senate subpoenas to the Maricopa County Board of Supervisors for information and equipment needed to perform the audit have been pending since Dec. 15, 2020 and were upheld by a judge on Feb. 25. In mid-March, the state Senate announced that Republicans in that chamber would be conducting a “broad and detailed” review of Maricopa’s ballots, one that would involve “testing the machines, scanning the ballots, performing a full hand count and checking for any IT breaches,” among other approaches.

Legislators have been working to hammer out the specific details of the audit in the weeks since. State Senate President Karen Fann tells Just the News that the actual audit process will begin within the next week.

The state Senate faced a battle in court in order to proceed with the audit, Fann noted, one that ultimately went in favor of Arizona Republicans.

“It’s taken the Senate two and a half months to win in court to uphold our right to issue subpoenas for election materials,” she said, “and another 6 weeks of researching to select the audit team to perform the full forensic audit.”

Fann claimed that state Republicans have faced “sabotage” from Maricopa County’s Board of Supervisors.

“The Maricopa BOS has refused to allow us to perform the audit at their facilities,” she said, “and has gone so far as to refusing to even answer simple questions such as ‘how are the ballots sequestered?’”

The Senate recently “secured a 20,000 + square foot facility known as the Coliseum at our state fair grounds to perform the audit,” Fann said. Officials have “arranged for 24 hour physical and live streaming security,” she added, and “the audit teams are assembling and transporting the equipment and personnel to Arizona with an expected start date of April 22nd.”

Asked what the Senate hopes to find, Fann denied any presumptions on the part of legislators as to how the audit will go.

“The Arizona Senate and the auditors have no ‘expectations’ of findings,” she said. “We are performing the full forensic audit to either dispel our voters concerns or, if a problem is uncovered, we must fix the problems before the next election.”

“We have never accused anyone of fraud or misconduct, whether it be the hardware, software or actions of personnel,” she added. “We hope there is no intentional illegal tampering but, if found, we will turn the information over to the state and federal attorney generals for their further legal action and we will proceed to make the appropriate corrections.”

Aaffidavits signed by Arizona residents since the November election suggest “some problems with a large amount of mail in ballots that should not have been sent to residents who have moved from the known address or have passed away,” Fann said. “We hope this audit will help us understand how to correct those errors.”

Reached for comment via email, Maricopa County spokesman Fields Moseley said Fann’s claims regarding the county’s pushback were “not a surprise.”

Moseley said Arizona Republicans “voted to hold the members of the Board of Supervisors in contempt as the Board sought clarity from the court about the subpoenas for ballots, tabulation machines and some other elections materials.”

He provided Just the News with an email sent Thursday from Maricopa County Attorney Allister Adel to the Senate’s audit liaison stating that, though the county did initially provide the Senate with hundreds of thousands of pages in subpoenaed documents, it “declined to produce the voted ballots, tabulators, and other subpoenaed material because the County did not believe it was lawful for it to do so.”

The county “has been waiting for direction for a month and a half regarding when to deliver the remaining subpoenaed materials,” Adel added.

Meanwhile, Maricopa County Board of Supervisors Chairman Jack Sellers notified Fann in an email earlier this month that the planned audit “is not a joint effort between the County and the Senate Republican Caucus.”

“Maricopa County will not communicate with your vendors or interpret Arizona law for them,” Sellers said, claiming that due to the uncertain legal ramifications of the subpoenaed documents, the county “cannot be involved in supporting your audit as to do so may expose it to liability for which it has no similar legal protection.”

The state of Arizona itself was pitched into the center of controversy even before the election was called, when Fox News on election night called the state for then-candidate Joe Biden well in advance of other networks.

Let’s all pray that none of the evidence has been tampered with.

The truth must come out.

It is only fair for the American people.

Our Republic deserves nothing less than the truth and nothing but the truth.

Maricopa is just one of 15 counties in Arizona. Just wait til we forensically audit all of them

The Truth About Prince William And Rose Hanbury's Relationship