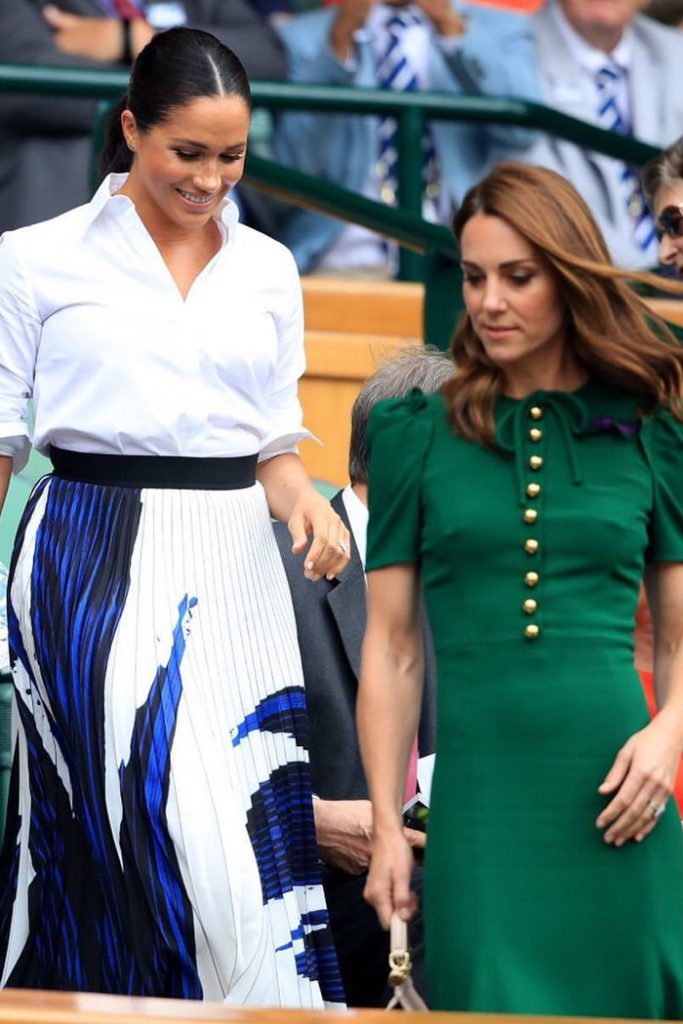 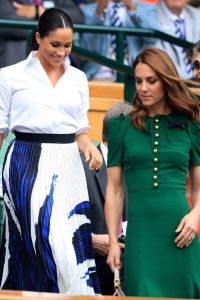 News of Meghan Markle and Kate Middleton feuding has been going on for years now.

Ever since the former “Suits” actress joined the royal family, the media and the public have always pitted them against one another.

In recent news, however, it was revealed that Meghan Markle was never willingly prepared to accept help from the Duchess of Cambridge.

The Daily Mail wrote about the time when Prince Harry, Meghan, Kate, and Prince William were sat on a sofa for an interview about their charitable plans.

Kate Middleton was noticeably fidgety and flinched a couple of times when the former actress spoke with total confidence.

Royal watchers believed that the specific moment between the two powerful women was determined to do things her way, not caring about the rules, and the other was there to offer some help and guidance but was firmly rejected. Friends of the Duchess of Cambridge have also denied that she “never pulled Meghan under her wing.”

Additionally, a reported friend of Prince William and Kate told The Daily Mail, “Help can only be provided if it is willingly accepted.”

The news article published by Tatler about Kate Middleton being unhappy with her workload since the Duke and Duchess of Sussex’s dramatic exit was also slammed by Kensington Palace, calling it a “swathe of inaccuracies and false misinterpretations which were not put to Kensington Palace prior to publication.”

A source is reported to have told The Daily Mail that Kate is “doing more because she asked to do more.”

Another source also slammed the Tatler article saying Prince William and Kate Middleton haven’t been useful as parents, as the abrupt departure of their in-laws, have prevented them from being hands-on.

“The fact is the lockdown means they are spending more time with the children than they ever had,” the source said.

The news article quotes once again a Kate Middleton unnamed source saying, “Kate is furious about the larger workload. Of course, she’s smiling and dressing appropriately, but she doesn’t want this. She feels exhausted and trapped.”

The unnamed source continued, “She’s working as hard as a top CEO, who has to be wheeled out all the time, without the benefits of boundaries and plenty of holidays.”

A close friend of the Duchess of Cambridge debunked the lies, telling The Daily Mail, “Yes, she is juggling a lot with three young children at home while contributing when she can to the national effort,” and further said, “But she is very conscious that there are many, many more people than she is.” Insiders also slammed the bogus “tights episode,” which was reported by Tatler, which is said to be “not right.”

During the wedding rehearsal, it was claimed that there was a row that the bridesmaids should wear tights or not.

According to the article, the same unnamed friend claims that the Duchess of Cambridge wanted to follow protocol with the bridesmaids, including Charlotte, then three wearing tights, but Meghan Markle disagreed.

It was even claimed that in November 2018, Meghan Markle made Kate Middleton cry over Princess Charlotte’s bridesmaid’s dress.

“Kate had only just given birth to Prince Louis and was feeling quite emotional.”

Queen's Worth: Queen Elizabeth II Most Popular Monarch, But NOT The Richest