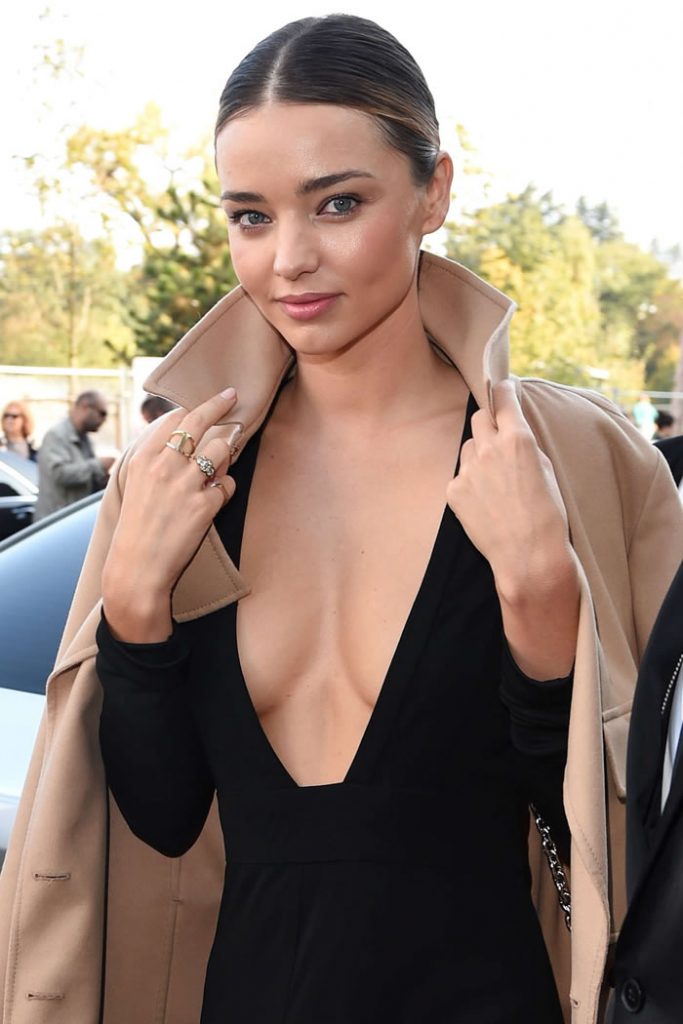 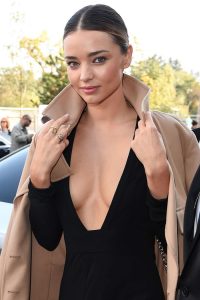 Miranda Kerr has taken it all off for a number of nude photoshoots but her cover for Harper's Bazaar Australia may be the raciest.

Miranda Kerr is getting rather naughty this holiday season!

The 32-year-old Australian supermodel recently stripped down for Harper’s Bazaar Australia magazine. She is almost fully nude on the cover of its January/February 2016 issue, leaning against a railing while covering her chest with her arm and wearing nothing but a pair of metallic pink stilettos. The issue hits newsstands on Dec. 14.

If you’ve got it flaunt it. Especially if you’re Miranda Kerr," the magazine states.

The supermodel has posed naked or topless many times over the years, even when she was pregnant with her and now-ex Orlando Bloom’s son, Flynn, who is now 4. She also appears topless in LOVE magazine’s advent calendar and gets wet and wild! Kerr is the day 9 model and appears in one photo wearing a transparent white chiffon boned corset and sheer white stockings, paired with Boucheron fine jewelry.

She also poses in a lagoon wearing a black lycra swimsuit with an open-chested, high-waisted buttoned-front that shows major cleavage, including side boob, paired with black silk stockings.

Jared Leto Apologizes to Taylor Swift for Insulting Her