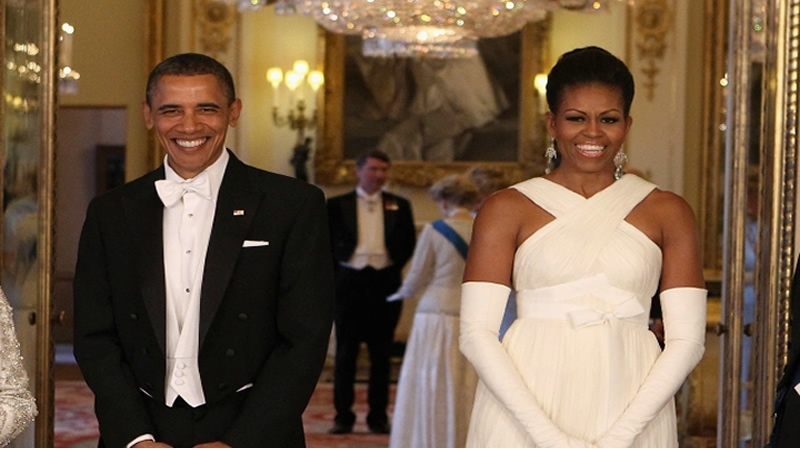 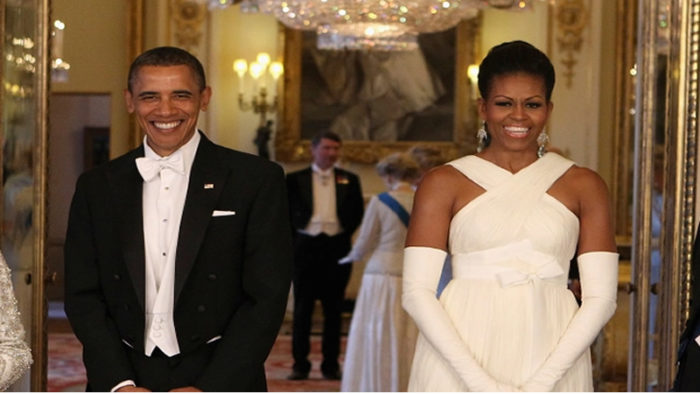 The masks were provided by Henry Mask, a company started by celebrity designer Richfresh and his brother.

Former President Barack Obama faced huge backlash over his planned 60th birthday party on Martha’s Vineyard as observers and residents said it flouted health safety rules given the upsurge of the Delta variant.

But Obama (or at least the party organizers) evidently made at least some effort toward safety: They tapped the little-known Los Angeles-based company Henry Mask to “provide” custom masks for all the guests, according to a statement sent out on behalf of the company on Monday.

The problem was that photos from the party showed very few guests wearing them — including Obama. Musician Erykah Badu gave the uninvited more than a glimpse of what they were missing by posting a selfie video with a maskless Obama dancing with the musician H.E.R.

The black masks were imprinted with “44×60” (a nod to Obama’s presidency and birthday) and “were available to everyone attending the party,” the statement said. Bespoke tailor Richfresh started Henry Mask with his brother Chase Morgan in April 2020.

Photos and footage of the Saturday night party, however, appeared to be a mask-free gathering. After initially not acknowledging to a request asking how many masks were given to guests and how they were distributed, spokeswoman for Henry Mask said after this article was posted that more than 1,000 masks were gifted “to make sure that everyone had masks walking in the door as well as those working the event.”

There also had been no response at press time regarding whether Richfresh and his brother supplied the masks as a vendor or supplied them as a gift.

Rich fresh also supplied what was described as “bespoke suits” for every staff member at the party. A spokeswoman for the designer did not acknowledge a request asking how many custom suits were provided, and whether they were purchased or donated.

Rich fresh posted an image of his commemorative mask on Instagram Sunday and noted “The official mask.”

Initially planned for 600, the spread of the Delta variant prompted Obama and his wife, Michelle, to reportedly “significantly scale back the event to include only family and close friends.”

Obama officially passed the 60-year mark on Aug. 4, but he celebrated the milestone Saturday night with an outdoor party at his Edgartown 20-acre manse on Martha’s Vineyard. Aerial images that appeared in The Daily Mail and other media outlets of a gigantic tent that was set up poolside indicated a sizable crowd was expected. Also, a few guests posted photos and video footage on social media of maskless revelers. Some of those images were later deleted.

In Massachusetts, 70 percent of the state’s population has received at least one dose of the coronavirus vaccine compared to 58 percent of the national population, according to the state’s most recent weekly COVID-19 Vaccination Report, which was released Aug. 5. A Martha’s Vineyard health official did not respond to a media request seeking current infection rates.

The birthday party was still a matter of public debate Monday morning — due partially to social media criticism over New York Times’ Annie Karni’s comments on CNN that quoted what Martha’s Vineyard residents had told her about the situation. Karni referenced how some had said, “This is really being overblown. They’re following all the safety requirements.

People are going to sporting events that are bigger than this. This is going to be safe. This is a sophisticated, vaccinated crowd and this is just about optics. It’s not about safety.”