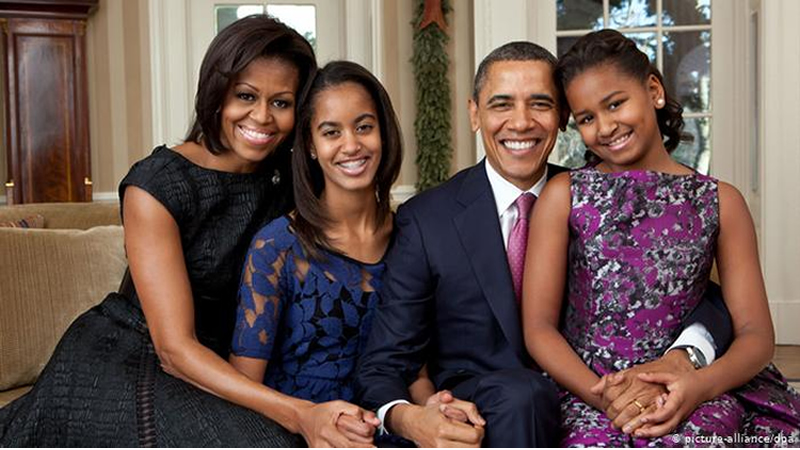 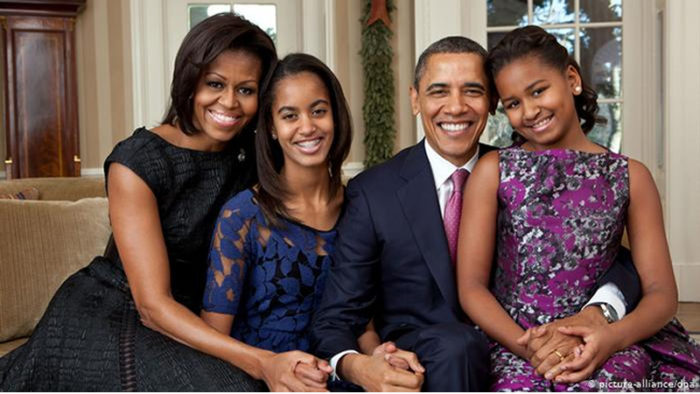 Michelle Obama was one of many stars who shone a light on their partner and patriarch for Father’s Day. And while the former first family of the United States celebrated dad-of-two Barack Obama on Sunday, it was the couple’s daughters who got fans talking.

Michelle uploaded a candid throwback snap of Barack and his daughters Malia, 22, and Sasha, 20, laughing and chatting in the White House’s Oval Office during Barack’s time as US President.

The sweet bond between the former US President and his girls was clear to see – but fans couldn’t help comment on their amazing sense of style.

“Beautiful girls. Love their style,” one fan replied on Instagram, while another agreed: “Omg that retro 90s style tho!!!” “Your girls are taller than he is!” was another observation, while one follower told Michelle: “They look, lovely ma’am.” “Such a sweet photo, I love everyone’s smiles here!!” another noted.

Barack and Michelle are incredibly proud of their two daughters. Earlier this month, the politician spoke candidly to Anderson Cooper, saying: “In terms of them having a good sense of what’s right and wrong, and their part and role to play in making the country better, I don’t worry about that.”

Barack admitted that his offspring are “so much wiser, more sophisticated, and gifted than I was at their age” telling the CNN anchor: “What you and I might have tolerated as ‘That’s sort of how things are,’ their attitude is ‘Why? Let’s change it.'”

And to mark Sasha’s 20th birthday earlier in June, Michelle posted another beautiful throwback of her daughter sitting on her lap as a child. “Happy birthday to my darling Sasha! I am so grateful for every laugh we’ve shared — and everything you’ve taught me over the years,” the proud mum said. “You’ll always be my little girl, but I couldn’t be prouder of the woman you are becoming. Love you so much!”