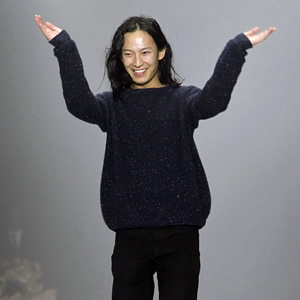 From Alexander Wangâ€™s debut at Balenciaga to H&Mâ€™s catwalk outing, see what PFW has in store

Paris Fashion Week starts today – the final leg of four weeks of international shows. It’s a city that always attracts the most discerning of buyers and press, it being the birth place of fashion’s biggest brands – from Chanel to Dior – but there’s one name who is set to cause waves this season, Alexander Wang. The New York-based designer will make his debut at Balenciaga on Thursday morning, having replaced the much-revered Nicolas Ghesquiere in November last year, and is expected to bring his pared-down urban sensibility to the heritage French house.

Raf Simons’ Dior show on Friday will be the subject of much discussion, as he makes his second ready-to-wear outing for the luxury label, a collection that is likely to reflect the designer’s refined elegance. Hedi Slimane’s next offering for Saint Laurent is sure to pack a star-studded front row, with guests last season including Kate Moss, Alber Elbaz and Mario Testino. His debut bohemian-luxe collection for the brand was met with mixed reviews, so all eyes will be on his catwalk to see how the designer will develop his vision for autumn/winter 2013-14.

Although not listed on the official Paris schedule, H&M will stage its first catwalk event in eight years tomorrow at the Musée Rodin. Missing from the show line-up this season is Alexander McQueen, which will instead host an intimate presentation – while creative director Sarah Burton is on maternity leave.

As ever, we look forward to seeing what variation of fashion spectacular Karl Lagerfeld has in store at Chanel next Tuesday, as well as the fantastical production that Marc Jacobs will undoubtedly have dreamed up at Louis Vuitton on Wednesday. Valentino will have the captive attention of Hollywood’s most beautiful on Tuesday, as it delivers its latest feminine vintage-inspired offering. – Vogue