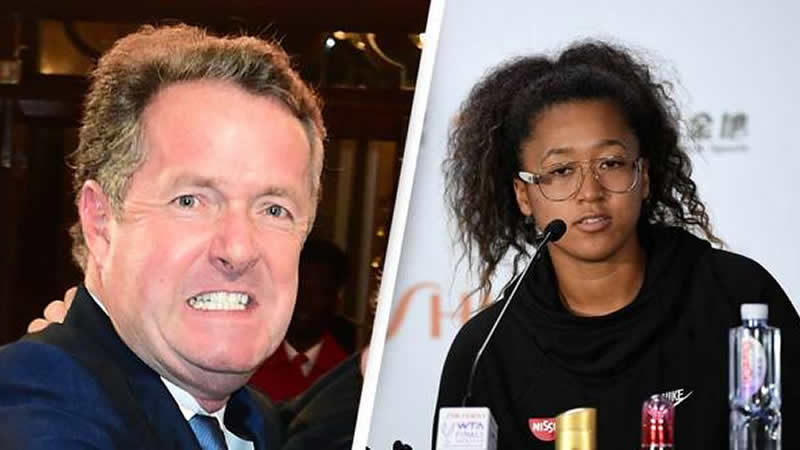 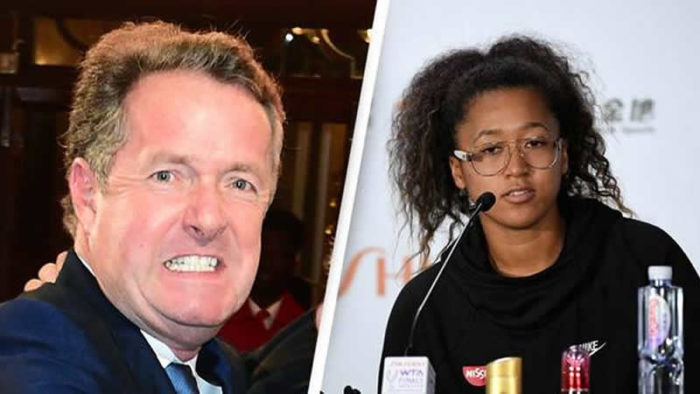 Piers Morgan has been branded a hypocrite for describing Naomi Osaka as an ‘arrogant spoiled brat’ after she announced she would no longer appear at press conferences.

The four-time Grand Slam singles tennis champion cited mental health as the reason for her decision, explaining she’s often felt ‘people have no regard’ for athletes’ mental health, and that this ‘rings true’ whenever she takes part in press conferences.

Sticking to her decision, she refused to do a post-match press conference following her win against Patricia Maria Tig during the French Open Roland-Garros tournament on Sunday, May 30. This resulted in a $15,000 fine, and Osaka ultimately quit the tournament.

In the wake of the events, Morgan released a column in the Mail Online in which he said the tennis player’s fame and fortune ‘appears to have inflated her ego to gigantic proportions.

He claimed this was the only explanation for her decision, accusing Osaka of attempting to ‘avoid legitimate media scrutiny by weaponizing mental health to justify her boycott’.

Morgan makes clear that he disagrees with Osaka’s refusal to interview, but in doing so appears to conveniently overlook the fact that he did something very similar just a couple of months ago.

In March, Morgan butted heads with his co-star, Alex Beresford, over comments about Meghan Markle. Morgan ended up walking off set in the middle of the live show, and a short while later it was announced that Morgan would be leaving the show for good.

Though the presenter appears to have forgotten this series of events, Twitter users were more than happy to remind him of them and highlight his hypocritical comments about Osaka.

Piers Morgan walked off his own show’s set after 90 seconds of gentle critique but can’t understand why Naomi Osaka withdrew from one tennis match after years of media ignited mental health struggles. Smh https://t.co/sfvMYno9Mf

Another user commented, ‘Piers Morgan, who literally walked off the set in the middle of his own show after getting the mildest possible pushback for his obsessive criticism of a female POC, has some thoughts about how a female POC should honor her professional obligations.’