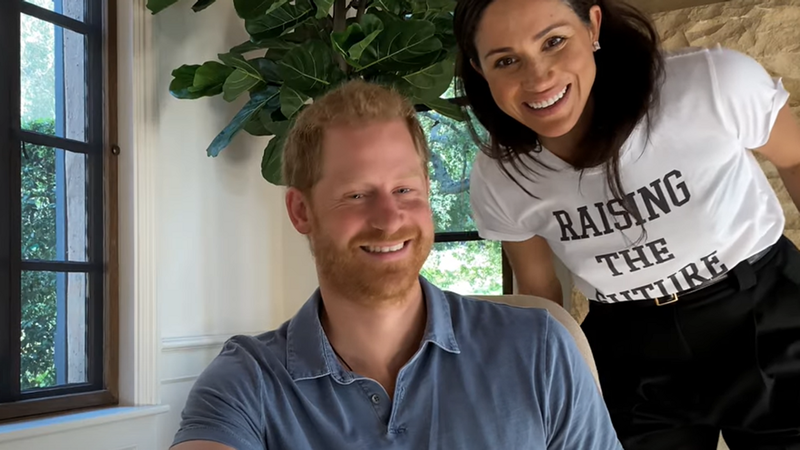 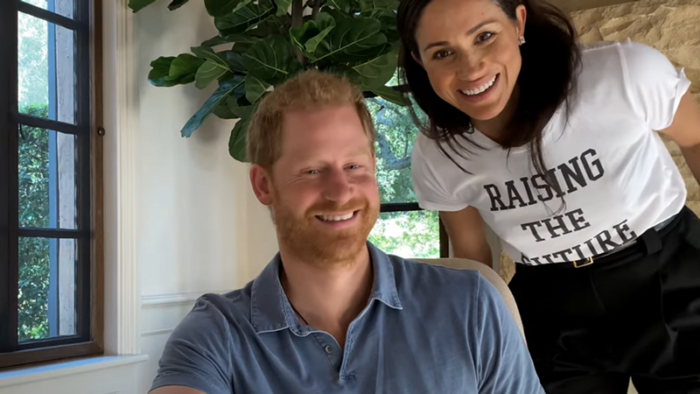 Also in the show will be global megastars Lady Gaga, Glenn Close, and Oprah – who is executive producing the show with Harry.

Harry and Meghan have appeared in a trailer for the duke of Sussex’s new mental health series which he has made with interviewer-turned-business partner Oprah Winfrey.

The couple feature in the emotionally charged first-look promo for the Duke of Sussex’s new mental health series The Me You Can’t See.

In the two-and-a-half-minute-long clip, viewers get a glimpse into the show and what it’s about, as well as a brief look at the home life of Meghan and Harry.

They’re filmed smiling at what appears to be a computer screen, while the duchess wears a top that says Raising The Future, while the duke looks relaxed in his blue polo shirt.

Elsewhere, there is archive footage of the young prince at his mother’s funeral being spoken to by his father Prince Charles, as well as more recent shots of his growing family from social media.

Also featured in the show will be global megastars Lady Gaga (under her real name Stefani Germanotta), Glenn Close, and Oprah – who is also executive producing the show with Harry.

The trailer comes less than a week after Harry suggested to a podcast that his father, as well as his grandparents the Queen and the Duke of Edinburgh, had failed as parents, while the family continues to mourn Prince Philip.

Speaking to the Armchair Expert podcast, he said he wanted to “break the cycle” of “genetic pain and suffering” for his own children.

Of his father, Prince Charles, he said: “He’s treated me the way he was treated, so how can I change that for my own kids?”

Also featured in the trailer is a Syrian refugee named Fawzi and DeMar DeRozan of the NBA’s San Antonio Spurs, who also contribute to the show. Harry and Oprah are also shown chatting in the clip, in what appears to be a frank and honest discussion about mental health.

Winfrey says: “All over the world people are in some kind of mental, psychological, emotional pain.”

Harry asks: “What words have you heard around mental health? Crazy?”

Winfrey replies: “Lost it. Can’t keep it together… It’s that stigma of being labeled ‘the other’.”

Harry adds in the footage: “The results of this year will be felt for decades. The kids, families, husbands, wives, everybody.”

According to Sussex’s Archewell website, Oprah and Harry want to have “honest discussions about mental health and emotional wellbeing while opening up about their personal journeys and struggles.” Oprah interviewed Harry and Meghan earlier in the year, where they made a number of accusations about the royal family, including claiming an as yet unnamed family member was concerned about the color of son Archie’s skin ahead of his birth.

Meghan also admitted that she had sought help when she was suicidal, adding the monarchy gave her no support.

During the fallout of the interview, outspoken broadcaster Piers Morgan said that he did not believe Meghan’s claims, including her admission about being suicidal, leading to him leaving his presenting job on ITV’s Good Morning Britain.