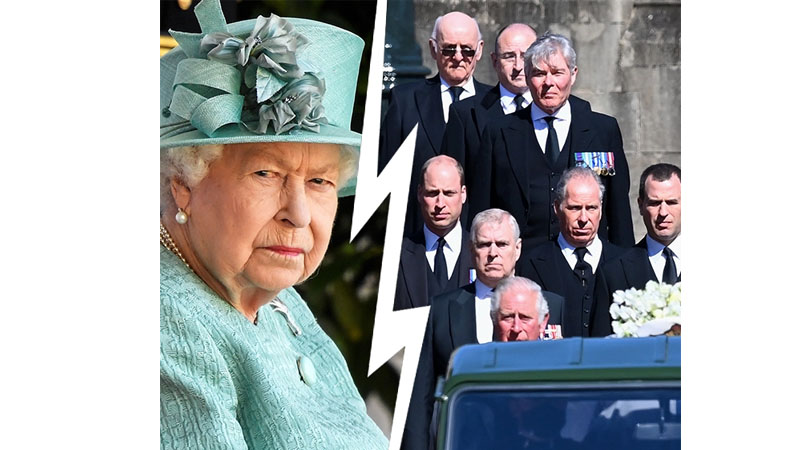 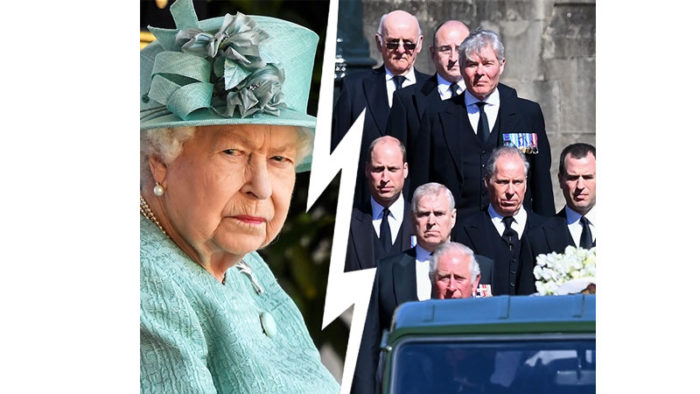 The world has been heartbroken at the recent news of Prince Philip’s passing last month, and now a royal insider has revealed a previously unknown detail about how the family interacted following the funeral

According to Mike Tindall, rugby player and husband to the Queen’s granddaughter Zara Tindall, the Queen asked her family to leave after Prince Philip’s funeral.

It seems Queen Elizabeth chose to grieve her husband’s death alone following his funerary services on April 17, and her family respected her wishes.

Speaking on a recent episode of Good Morning Britain, Tindall said, “Even after the funeral it was sort of ‘you all need to leave,’ and so you didn’t even get to have that supportive side afterwards.”

The royal family had to adapt traditional funeral services due to the pandemic, just as so many others have had to do over the past year. Only 30 attendees were permitted and no traditional wake was held.

“It was tough, but the funeral was done so well. I think he would have been happier about the way it happened,” Tindall added.

Tindall had previously described Prince Philip’s funeral in an episode of his own podcast, The Good, The Bad & The Rugby. He detailed, “If I look back on the day, as eerie as it was with no crowds and social distancing, and the way everything was, I think it was the perfect day, how he would have liked it, if that makes sense whatsoever. No fuss, get on with it.”

Tindall even noted how gracefully Queen Elizabeth handled her grief. He said, “My love for the Queen was even better. She was sat there completely on her own, separated herself in terms of, this is what the world is right now and I’m gonna lead by example. And she’s amazing, literally amazing.”

Despite choosing to take some time alone after her husband’s funeral, Queen Elizabeth has already resumed several of her royal duties.

Prince Philip died at home on April 9, at age 99. His cause of death was determined to be old age, and it has been reported that he went peacefully.

Earlier this year, Prince Philip had been hospitalized for a month. He was in London’s St. Bartholomew hospital receiving treatment for an infection and had been given a procedure for a pre-existing condition.

He and Queen Elizabeth had been married for 73 years. The royal couple shared a remarkable life together.

The prince was a father of four: Prince Charles, Princess Anne, Prince Andrew and Prince Edward. He also had eight grandchildren, including Prince William and Prince Harry, and ten great-grandchildren.

The Queen recently issued a statement thanking those around her for their support during this difficult time.

She said, “While as a family we are in a period of great sadness, it has been a comfort to us all to see and to hear the tributes paid to my husband, from those within the United Kingdom, the Commonwealth and around the world.

“My family and I would like to thank you all for the support and kindness shown to us in recent days. We have been deeply touched, and continue to be reminded that Philip had such an extraordinary impact on countless people throughout his life.”

Forget Trump. It’s Not About Him Anymore.