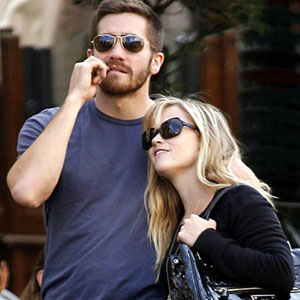 Reese Witherspoon would "investigate" someone she was considering dating using social networks if she were still single.

Reese Witherspoon would "investigate" someone she was considering dating.

The ‘This Means War’ actress – who married second husband Jim Toth last year – would use social networking websites to her advantage if she were still single.

"It’s a benefit and a curse having social media at your fingertips, where you can investigate the people you’re dating."

"I thought that was really uncool. And he deleted some of it! I was like, ‘What?’ I didn’t like that."

The 35-year-old star is amazed at how some people manage to date multiple partners as she has always struggled to find the time to focus on one relationship.
she said: "I have never dated two people at the same time. I wouldn’t know how to keep up with two – I can barely keep up with one!

"Is it OK for a woman to do that? I have no judgement on people who do, as long as they are honest."

Justin Timberlake and Jessica Biel to marry this summer?