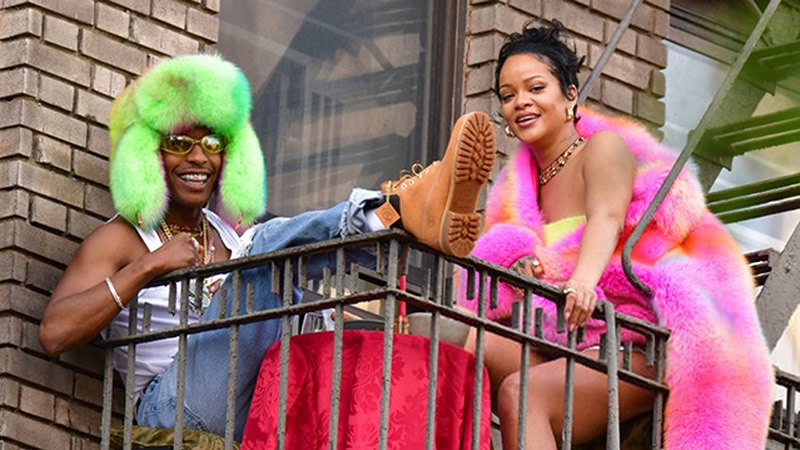 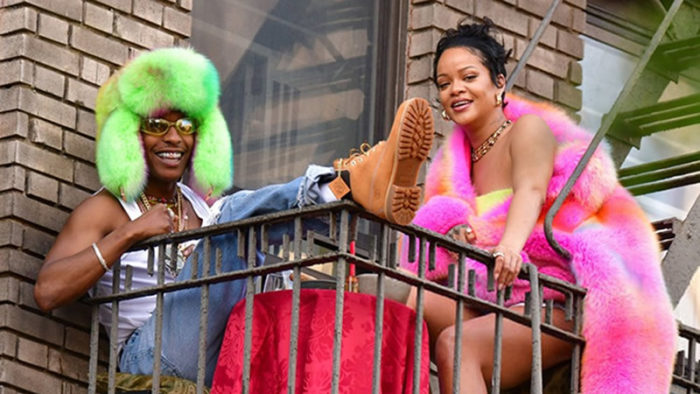 33-year-old Rihanna and 32-year-old Rakim Myers, known under the pseudonym A$AP Rocky, do not hide their romance from the public and often appear in public together.

They do not seem to want to part for a minute, and now we know for sure that their work is not a reason for separation either! For several days now, the Bronx, New York has been filming a music video with both Rihanna and A$AP Rocky.

There are no details about this project yet, but the paparazzi are closely following the work of the film crew.

From one glance at the fashionable images of the singer, this time heatstroke can happen! At the height of summer, she had to pose in a faux fur coat and a sheepskin coat! And the temperature in New York now averages 27 degrees.

Yesterday, the set was a balcony on the fire escape of one of the buildings, from where the couple was in no hurry to descend. The lovers chatted at ease and smiled at the photographers.

Rihanna posed in a motley fur coat from the Louis Vuitton men’s collection, shorts, cashmere bandeau, and mules on the Amina Muaddi platform. It should be noted that Rakim did not lag behind his beloved and did not force her to wear winter clothes alone – the rapper himself posed in a hat with earflaps.

The day before, the shooting took place right on the sidewalk. Rihanna walked down the street in a long Loewe sheepskin coat and corset from the 2005 Dolce & Gabbana archive collection.

Let us recall that this is not the first joint creative experience of musicians. Back in 2013, A$AP Rocky performed at Rihanna’s concert as part of her Diamonds world tour and participated in the recording of the song Cockiness. The singer herself, in turn, starred in the video for rapper Fashion Killa.