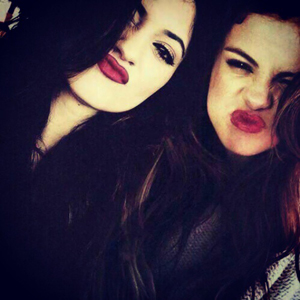 Selena Gomez has dumped Justin Bieber over his friendship with Kylie Jenner.

Gomez was seen cuddling up to her on/off boyfriend at the Coachella Valley Music and Arts festival earlier this month but is now said to have been infuriated by ‘Bieber’s closeness to the reality TV star, despite them hanging out as a group, along with Kylie’s sister Kendall, at the Californian event.

A source said: "Selena is convinced something has gone on between Justin and Kylie. "At Coachella they looked to be back on track. Selena was hanging out with Kylie too and they were behaving like best friends. "Then she heard stuff about Justin and Kylie and felt totally betrayed. She went berserk and called it all off again." The 21-year-old star is said to be "overcome" with jealousy and has unfollowed the Jenner sisters on Instagram and deleted all her pictures with the pair.

However, friends think she is channeling her emotions in the wrong place and want her to focus on cutting Justin out of her life. The source added to The Sun newspaper: "Selena is in a really bad place at the moment, she’s on the edge and now overcome with jealousy. "She really needs to wash her hands of Justin for good." It was recently claimed that friends are worried about Selena; whose underwent a brief stint in rehab in January as they think she behaves "like a different person" when she is with Bieber and they don’t think she should have resumed their three-year on/off romance again.

Another source said: "Selena is now acting a little brainwashed and not challenging a thing Justin says. There was a time not long ago where they were fighting and arguing about their relationship, but now she’s like a robot and completely in his thrall. "Whatever he did to keep her from moving on from the relationship worked a little bit too well, because it’s like she’s a completely different person."