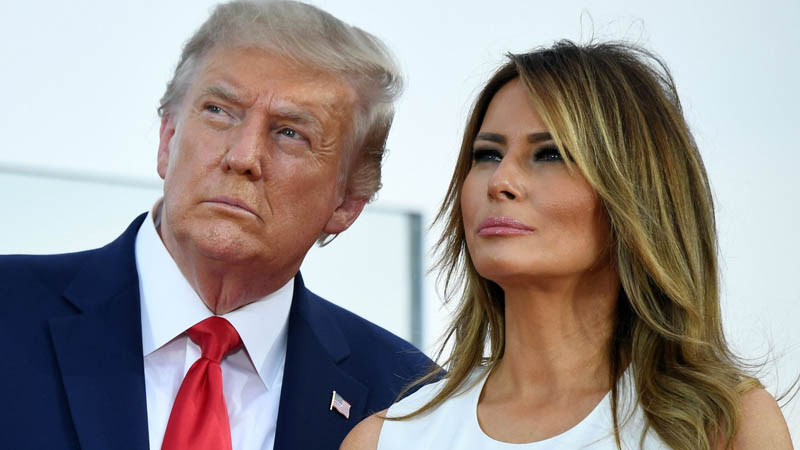 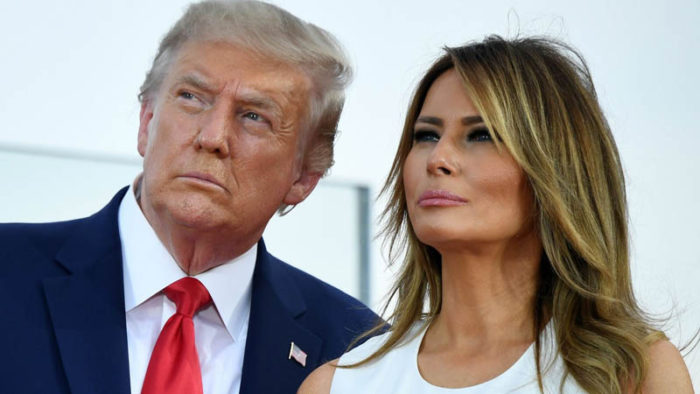 DONALD TRUMP has hinted that he may run for office in 2024 during a speech at the Conservative Political Action Conference (CPAC).

In his first speech since US President Joe Biden took over the White House, Mr Trump told the CPAC audience that his wife Melania would be “the future first lady”. Mr Trump also claimed that he would “beat” the Democrats for a “third time” referring to the false claims that he won the 2020 election.

Melania did not make an appearance at the speech in Orlando.

During the CPAC speech on Sunday, Mr Trump said his wife “says hello” and “loves you as much as I love you”.

Mr Trump’s remarks come amid growing speculation over the state of his marriage.

Last year, a former aide of Mr Trump, Omarosa Manigault Newman, told the Daily Mail: “Melania is counting every minute until he is out of office and she can divorce.”

Speaking to the Daily Star, celebrity dating expert Lady Nadia Essex said in her opinion “it’s only a matter of time” before Donald and Melania will divorce.

She added: “There is zero chemistry between them and her body language towards him is very hostile.

“She clearly does not want to be in his company and often is seen bashing his hand away when he tries to hold hers.”

During Mr Trump’s presidency, Melania was often criticised and accused of being a reluctant First Lady.

Ms Essex said she believes that neither Melania or Donald are happy in their relationship.

She added: “I believe they live apart already and are only really married by name.

“I think life is too short to be unhappy, especially in a relationship.

“I know Melania has had a lot of criticism, but anyone who can face being married to Trump for a decade has my empathy.”

But has previously said she has “a great relationship” with Donald and he has insisted that they never argue.

When asked to comment on the divorce speculation, Ms Grisham said: “This question is pathetic and exactly why people no longer trust the mainstream media. No legitimate journalist would ask this.”

During his CPAC speech on Sunday, Mr Trump also heavily criticised his successor Mr Biden, claiming that US policy had gone from “America first to America last”.

He also continued to push his baseless claims of voter fraud.

Mr Trump said of the Democrats: “Actually as you know, they just lost the White House, but it’s one of those things.

“But who knows, who knows, I may even decide to beat them for a third time.”

He continued: “For the next four years the brave Republicans in this room will be at the heart of the effort to oppose the radical Democrats, the fake news media and their toxic cancel culture.

Mr Trump added: “And I want you to know that I’m going to continue to fight right by your side, we will do what we’ve done right from the beginning, which is win.”

Donald Trump: The Republicans who could quash Trump's 2024 hopes - including his son