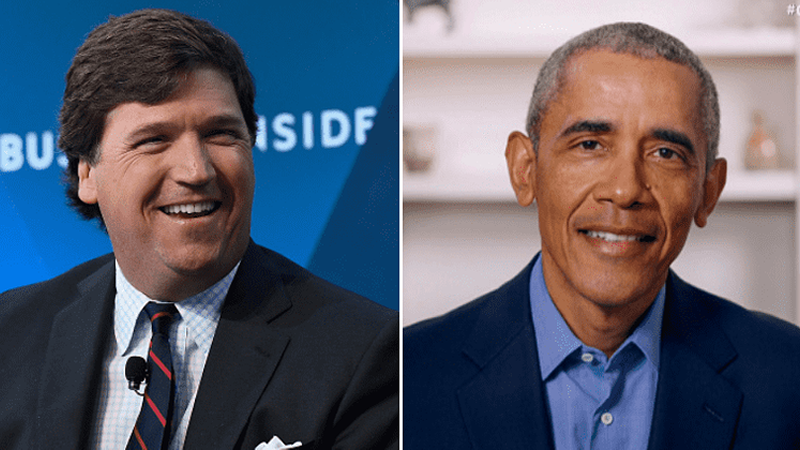 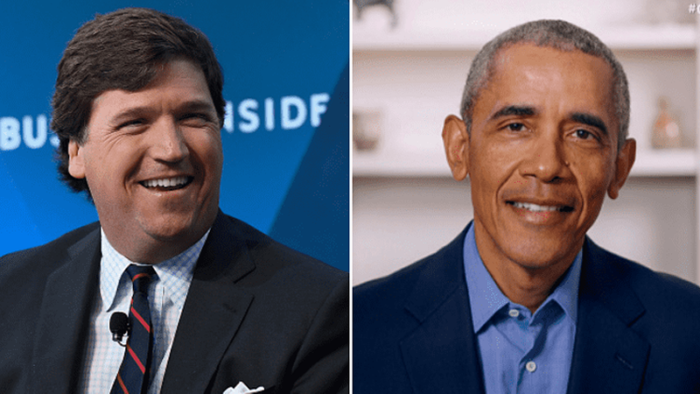 Look, no one on this earth turns my stomach quite like Tucker Carlson. Don’t come for me, I know there are far worse individuals out there with far more legitimate influence and trust me, I hate them too.

But when it comes to Just being a downright putrid, awful human being, that particular Fox News talking head takes the cake for me.

And he literally encourages his followers to call the police and CPS on parents who follow CDC guidelines with their children — all while enjoying the luxury of being completely untouchable on the network, even when his own colleagues are calling for his ousting. He’s just… Gross.

But Tucker is one of those people who never seem to get low enough. Just when you think the guy couldn’t possibly get any worse, he swoops in with something even more heinous and offensive. Like this.

During a recent segment, the Fox News “personality” (whose actual personality is akin to a wet paper towel) set his sights on former President Barack Obama, who Tucker is apparently mad at for encouraging people who are old enough to be vaccinated to get vaccinated against the virus that’s literally thrown us into a nearly two-year-long painfully deadly pandemic.

Obama recently released a PSA calling on Americans age 16 and up to get their coronavirus vaccine. But from the way Tucker acted, you’d think he was telling parents to vaccinate their newborns or risk eternal damnation.

Tucker called the PSA “creepy” and claimed that Obama was “telling small children to get the shot.” Because apparently 16-year-old, literal teenagers now classify as “small children,” provided that they’re not involved with Matt Gaetz, of course. Then, they’re considered “young women.”

After playing the clip of Obama’s message on his show, Carlson proceeded to refer to the former President of the United States as “Some creepy old guy telling your children, your little kids to take medicine whose effects we do not fully understand.”

Tucker Carlson reacts to Obama doing a PSA calling on more Americans to get vaccinated after teenagers over 16 were approved to get the shot:

"Some creepy old guy telling your children, your little kids to take medicine whose effects we do not fully understand." pic.twitter.com/eQ5HX0TAv6