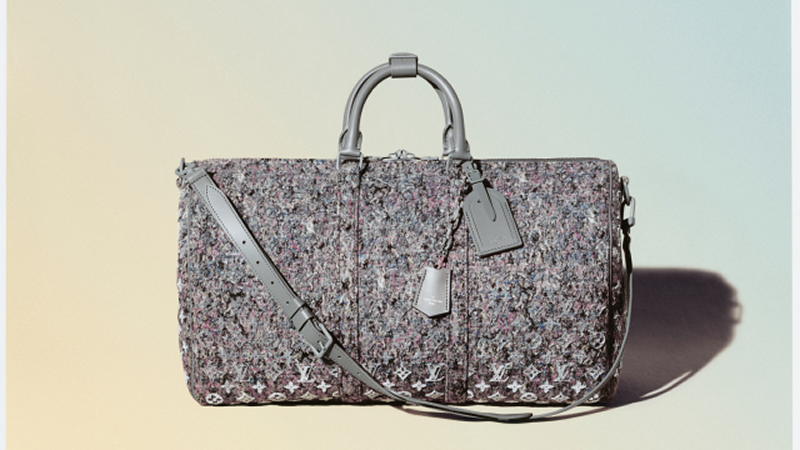 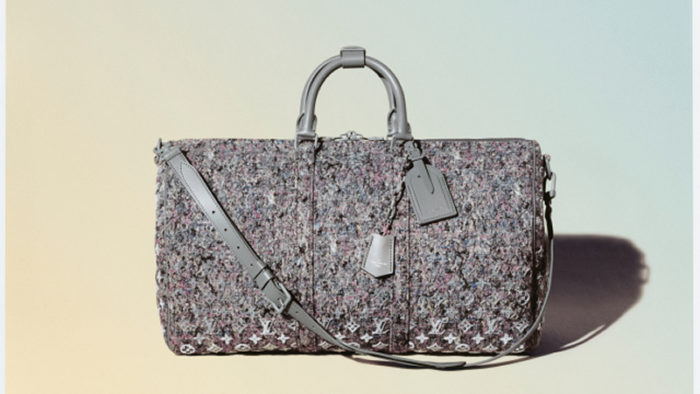 The accessories, and one coat, were inspired by moving blankets — and luxed-up with a shimmering monogram.

Virgil Abloh took inspiration from humble moving blankets and translated that idea into some of the most unexpected — and eco-friendly — luxury leather goods of the fall season.

The new Felt Line, which was teased in the film for Louis Vuitton’s men’s collection in January, consists of three bags that bring to mind Joseph Beuys sculptures, but with the LV monogram shimmering into silvery life on the surface when viewed from certain angles.

Lurex tufting is the secret to the now-you-see-it, now-you-don’t pattern, while the robust-looking felt backdrop is comprised of 43 percent organic cotton, 20 percent recycled wool, and other fibers, with a lining of 100 recycled polyesters sourced from the brand’s existing stocks.

Chains and corners on Soft Trunk models were produced using 70 percent recycled plastic, while the leather straps and handles are certified for an environmental method of tanning. Abloh also created a new LV logo, which resembles the well-known symbol for recycling originally credited to Gary Anderson, which is printed on a leather patch, also drawn from existing stocks.

Prices for the items, which are expected in Vuitton stores on July 16, range from 2,000 euros for an extra-small Keepall to 4,100 euros for a full-sized weekender. A tailored coat in the same fabric that featured in the collection film will also be available in limited quantities at 4,100 euros.

Due to the manufacturing process involving so many fibers and tufting, each felt jacquard bag has a unique appearance.

According to Vuitton, Abloh has demonstrated dedication to sustainability since joining as men’s artistic director in 2018. For spring 2021, he unveiled LV Trainer Upcycling sneakers in five colorways — all crafted entirely from upcycled LV Trainer material.

“We also target the use of existing stocks of raw materials, in order to preserve natural resources. This is often done by Virgil Abloh in his collections,” said Christelle Capdupuy, Louis Vuitton’s global head of sustainability. “Today, we’re furthering our commitments by extending our sustainable development approach to all of the raw materials with the goal of reaching 100 percent responsibly sourced raw materials by 2025.”

She noted that by the end of 2020, 52 percent of Vuitton’s raw materials were already responsibly sourced and among them, 80 percent of the leather used came from LWG-certified tanneries and 67 percent of cotton was certified.

In addition, Vuitton aims to recycle or reuse 100 percent of materials used for its fashion shows, and it reached a 93 percent threshold last year, Capdupuy added.