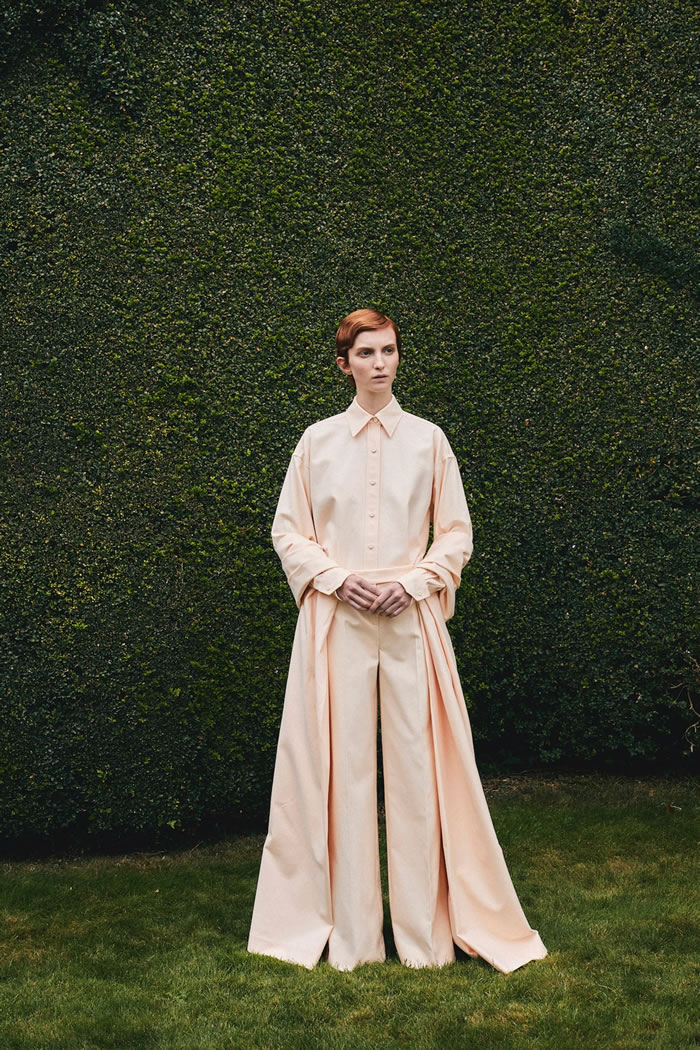 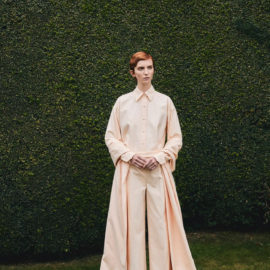 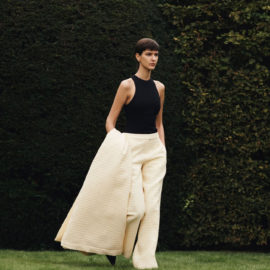 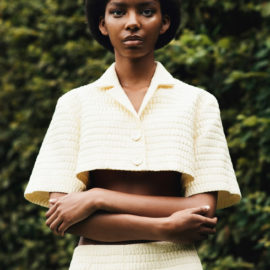 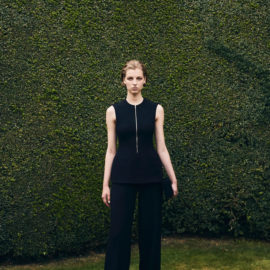 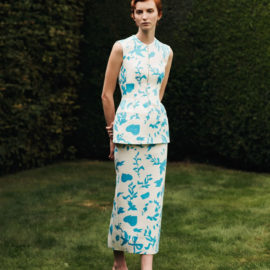 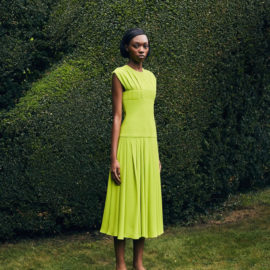 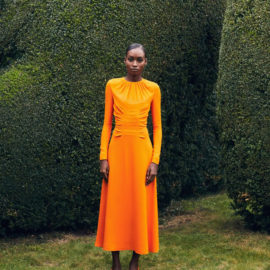 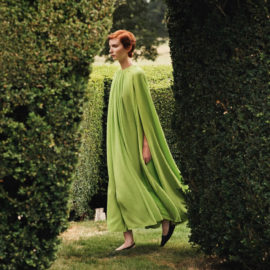 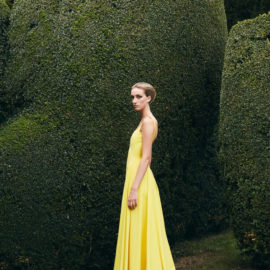 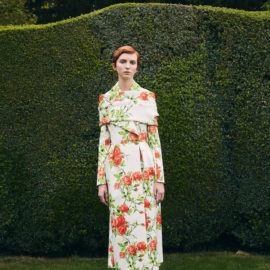 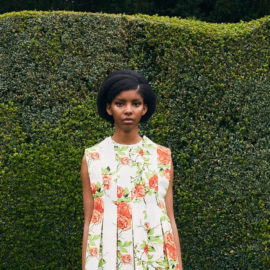 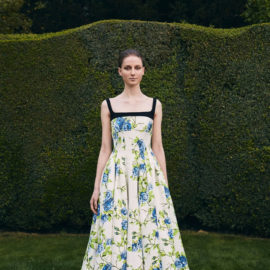 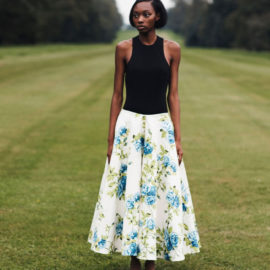 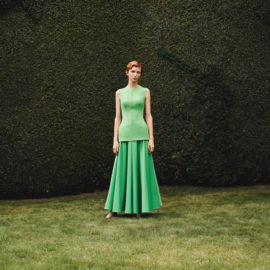 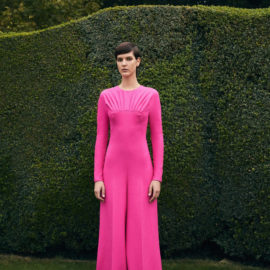 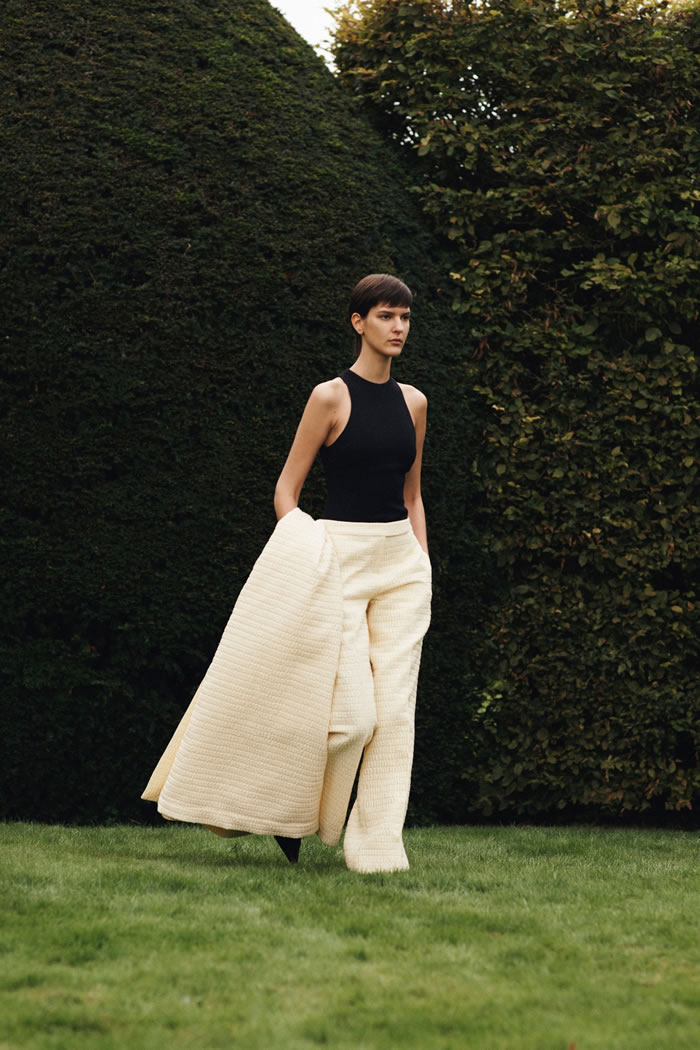 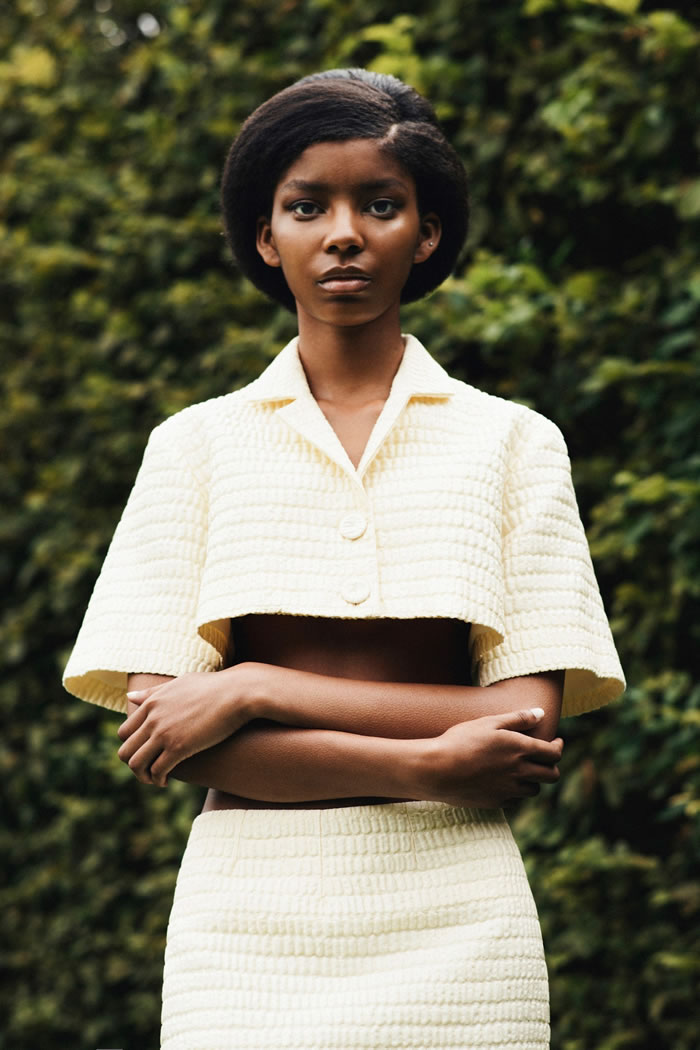 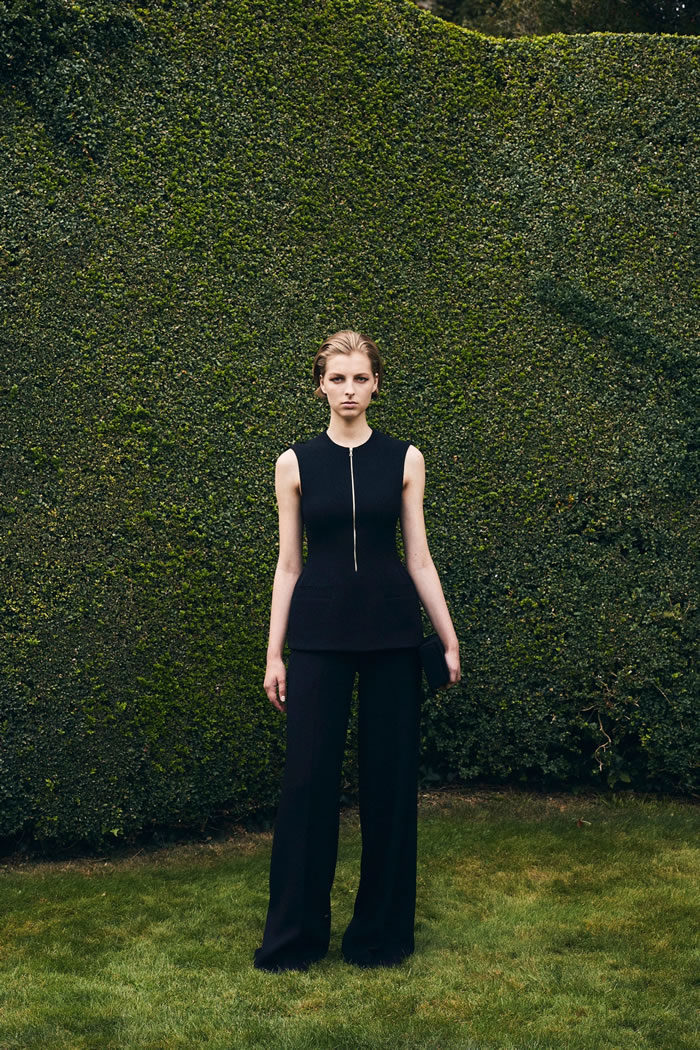 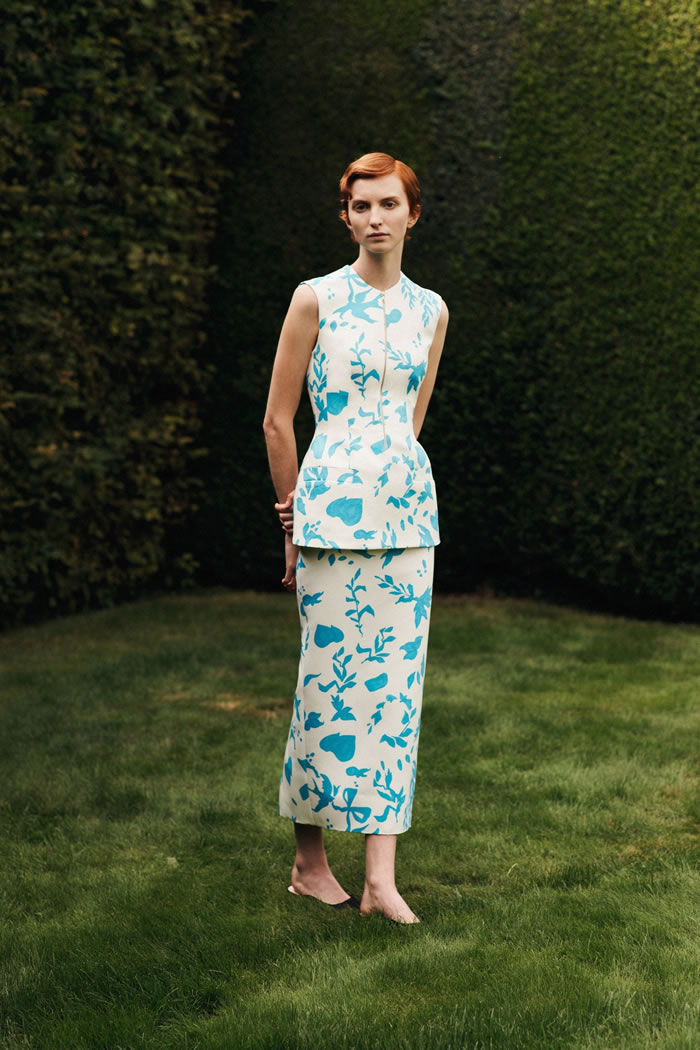 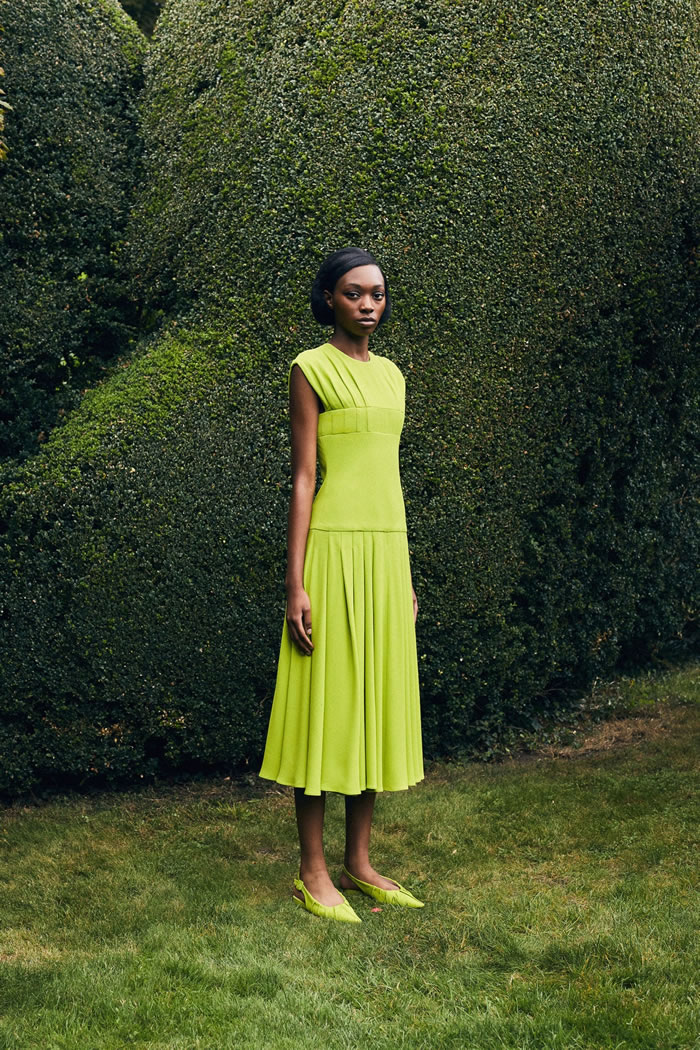 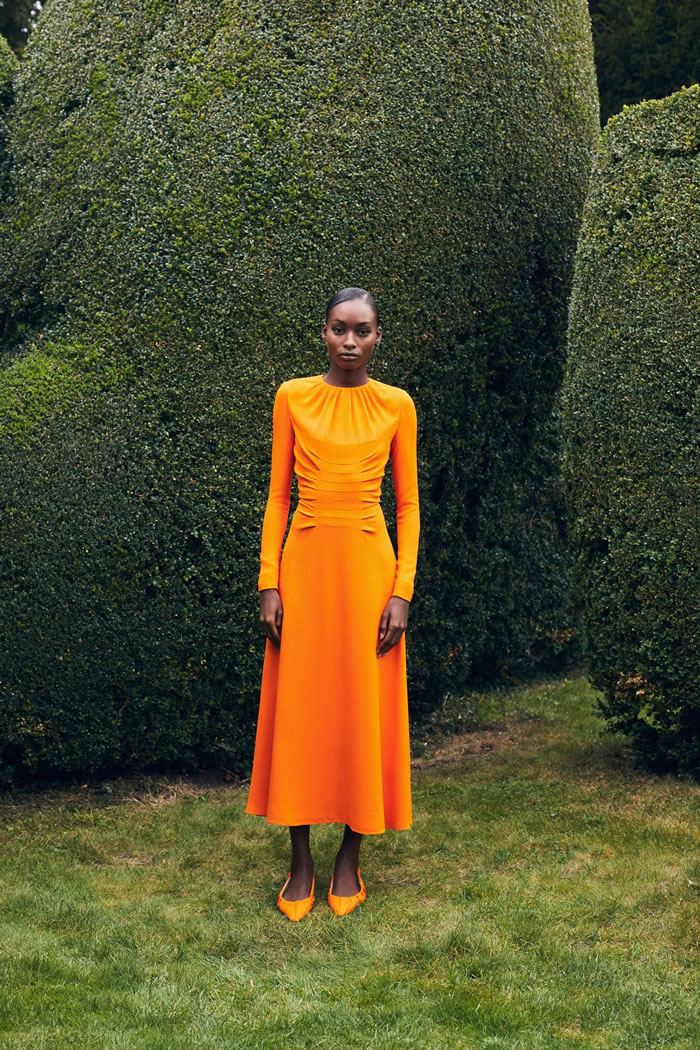 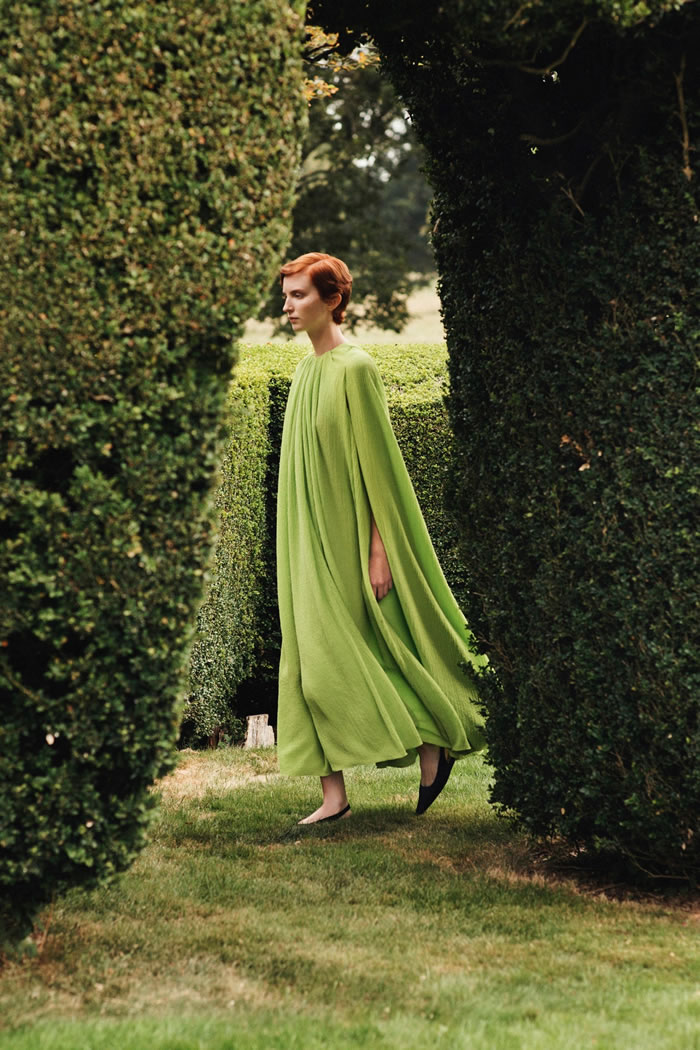 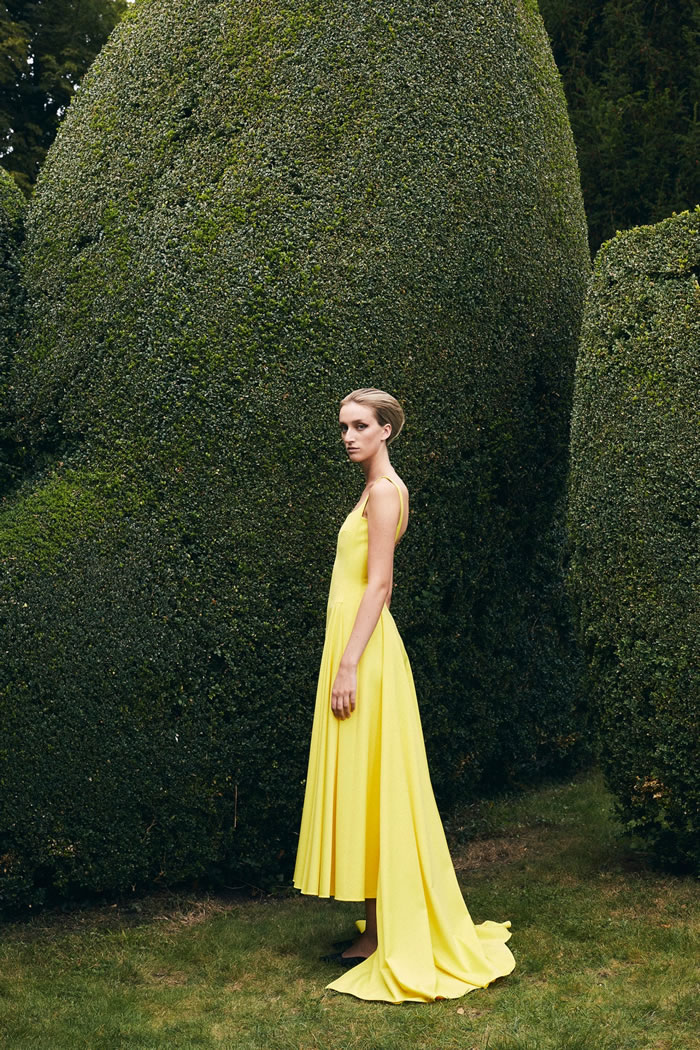 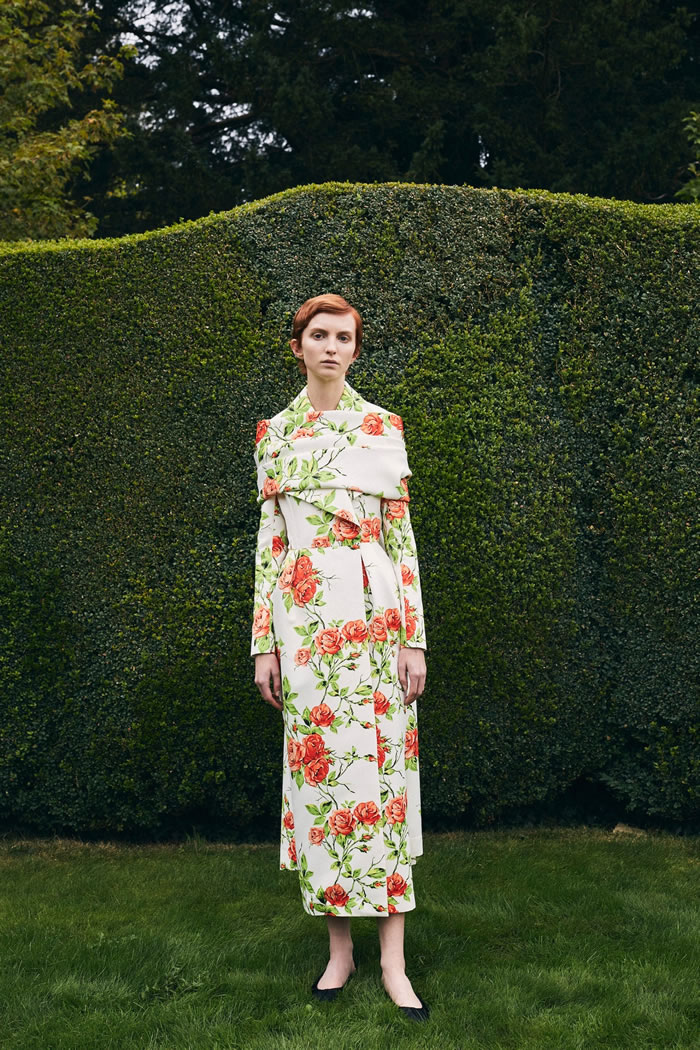 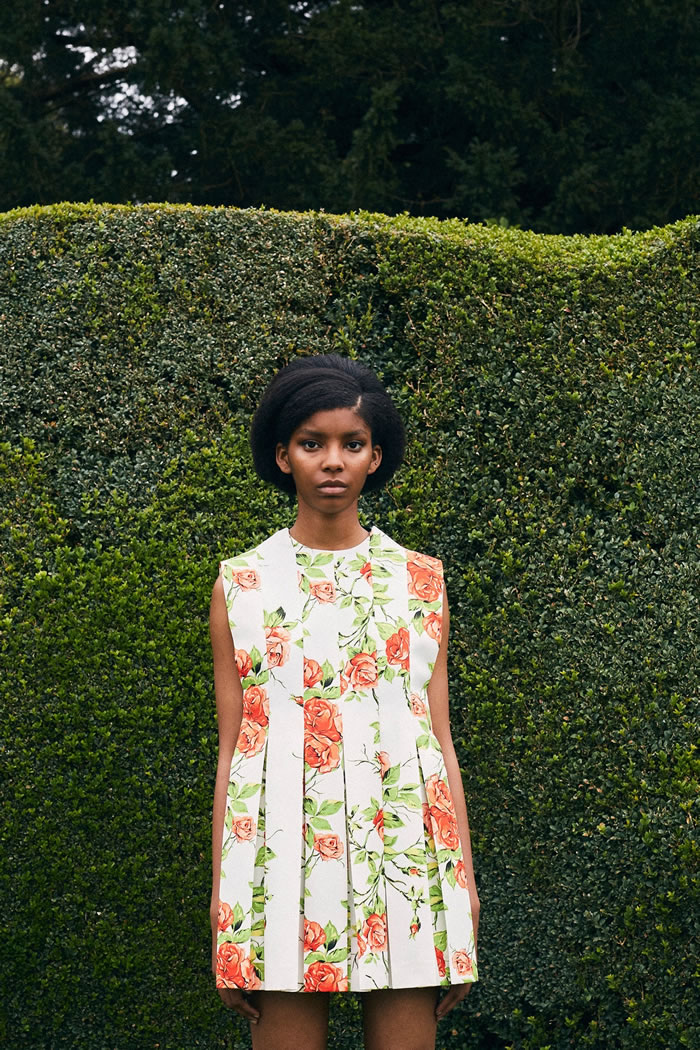 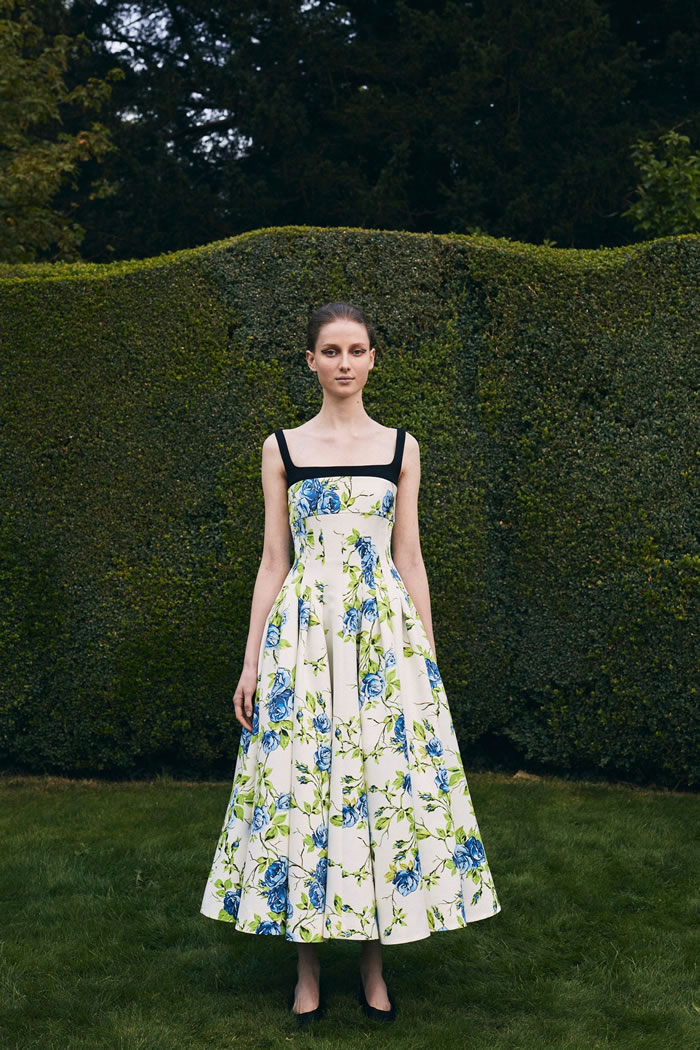 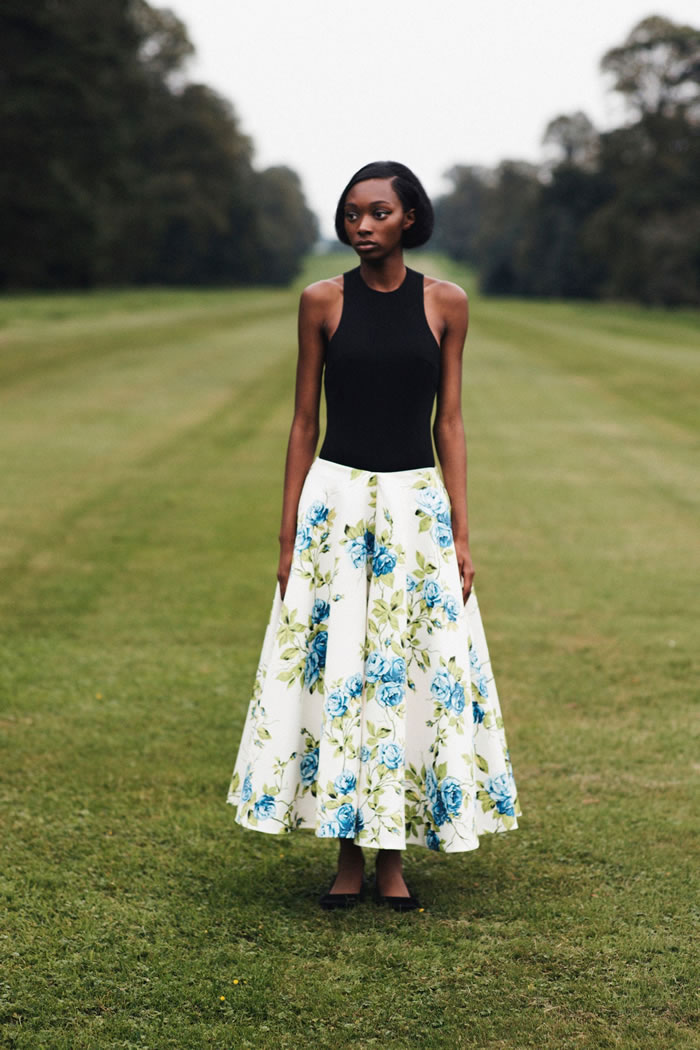 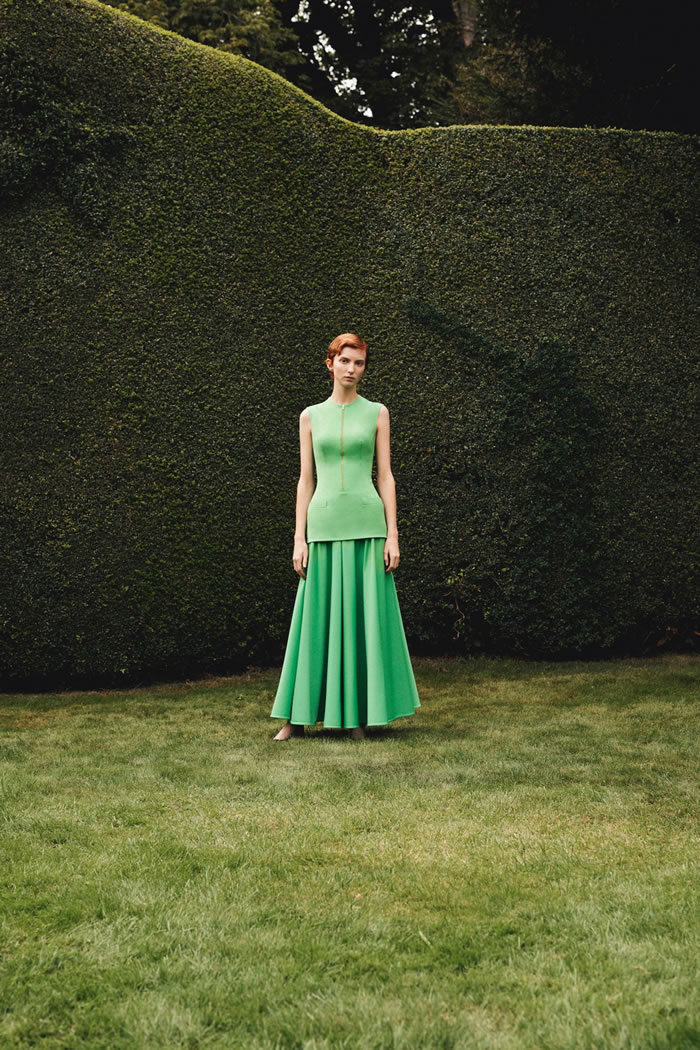 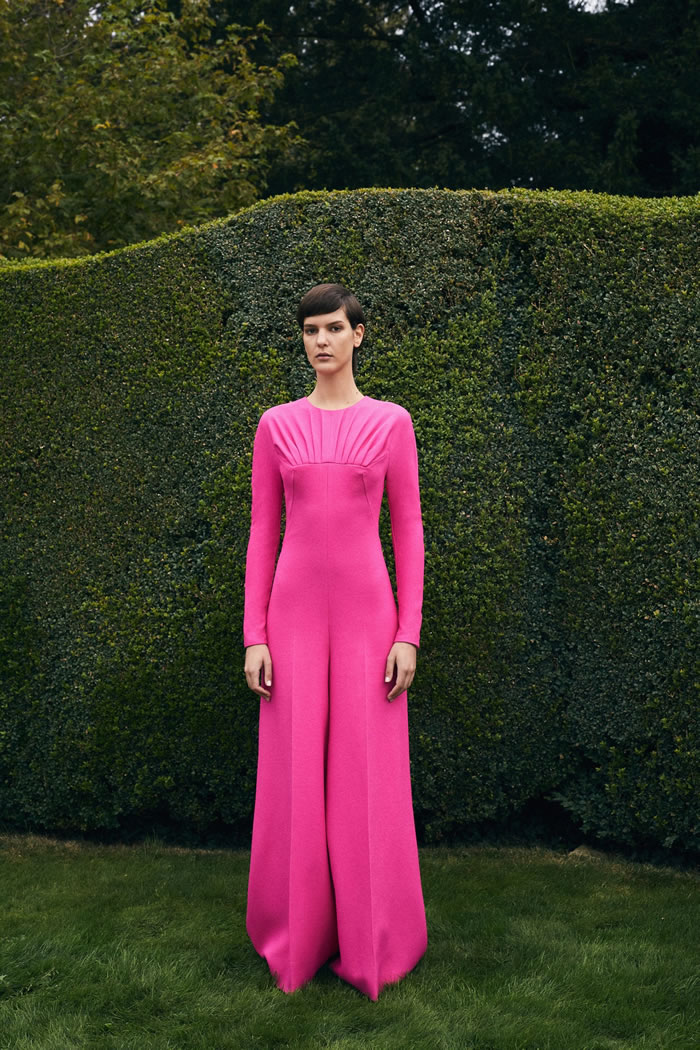 For Emilia Wickstead, the restrictions imposed by lockdown on runway shows felt less like a limitation, and more like an opportunity.

The designer has embarked on a series of increasingly ambitious projects for her lookbooks, whether shooting mothers and children within her creative community, or a joyously kaleidoscopic set of images for her resort collection inspired by ’90s supermodels.

“I think confidence goes a long way,” said Wickstead at the west London townhouse she took over for the day to show her new collection, this season through the medium of film.

“We’ve had this really interesting period of dressing for our time and what’s going on in the world, so I wanted to make sure that I had that in mind. But of course, it’s getting really exciting now as things are getting back to normal—or the new normal, whatever that might be.”

For her final outing before returning to the runway (one hopes, at least) Wickstead decided to pull out the stops. “I don’t know what the future holds, but in my mind, this could very easily be the last time we do one of our presentations like this,” said Wickstead.

Inspired by the dream-like enchantment of Last Year at Marienbad—the cryptic French New Wave masterpiece featuring nameless aristocrats with tangled romantic histories crossing paths at a luxury hotel—as well as Franco Zeffirelli’s opulent 1968 adaptation of Romeo and Juliet, Wickstead shot her film, directed by Robin Mellor, within the stately and appropriately surreal topiary garden of the Badminton Estate in Gloucestershire. “Last Year in Marienbad really transported me, and I wanted to transport people with this film,” Wickstead said.

Transportive it was. Shot in a hypnotic mix of dramatic wide angles and close-up tracking shots, the models weave their way through the manicured hedges before gathering en masse to walk down the grand central field opening up into the horizon, lined with towering trees.

And where some of Wickstead’s lockdown collections have gently dialed things back, this season marked a return to the ravishing, fully-fledged glamour that first made her name internationally as a red carpet favorite.

Most striking initially was the rich color palette and the decadent prints, from Wickstead’s signature chintzy florals to more abstract designs, hand-painted in her atelier and decorated with lovebirds, fish, and wreaths.

A number of looks featuring satin shawls dazzled with old-world charm, here paired with little black dresses or ab-baring two pieces for a touch of something more contemporary.

Look closer, and Wickstead had a few other playful tricks up her sleeve. A new silhouette featured extended, cummerbund-inspired waistbands running from bust to hip before erupting into full, artfully pleated skirts. Meanwhile, a cream textured jacquard proved particularly versatile, coming in the form of structured separates and dresses featuring swishy A-line skirts.

Despite the dreamy extravagance of the gowns, the lessons Wickstead learned during lockdown when it came to practicality and ease were clearly still present, even when used to construct the most fanciful pieces.

But the primary thrill was witnessing Wickstead’s keen abilities as a storyteller fully shine. “We need a love story right now and that’s what I wanted to try and create,” said Wickstead. Her dreamy return to romance was a delight to behold.