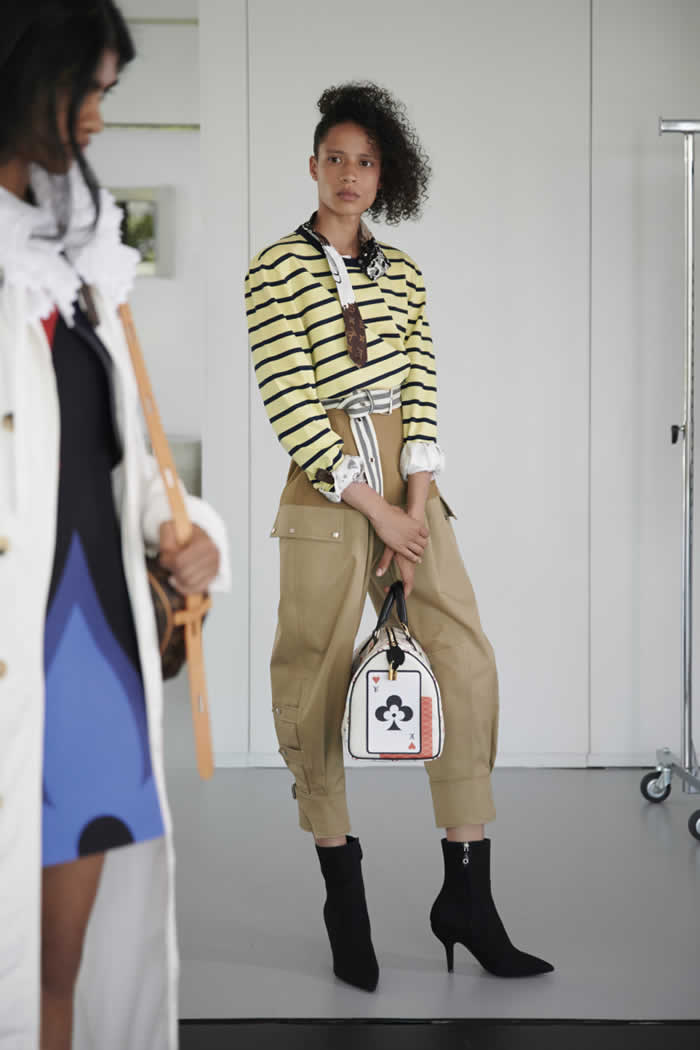 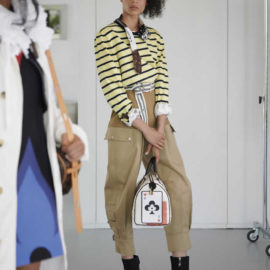 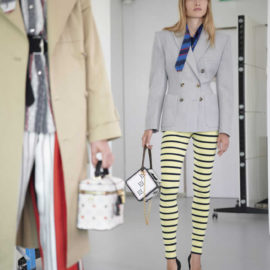 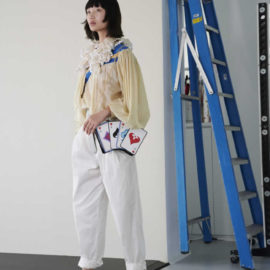 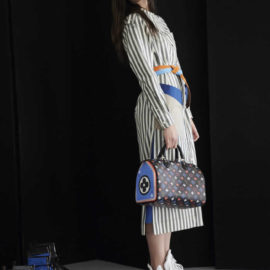 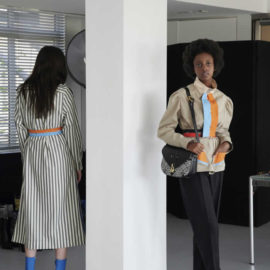 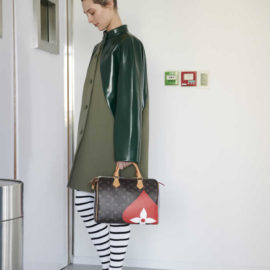 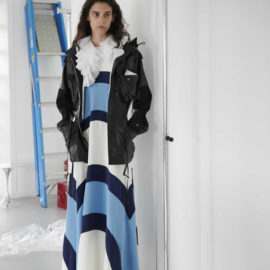 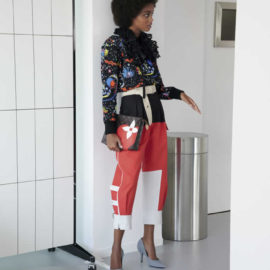 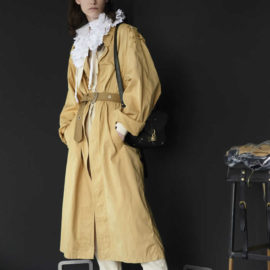 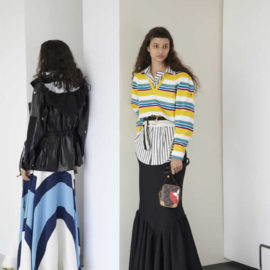 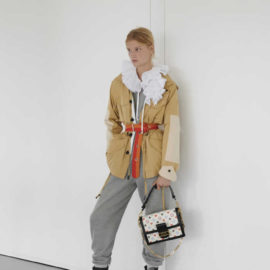 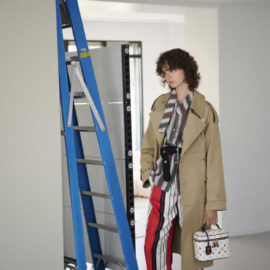 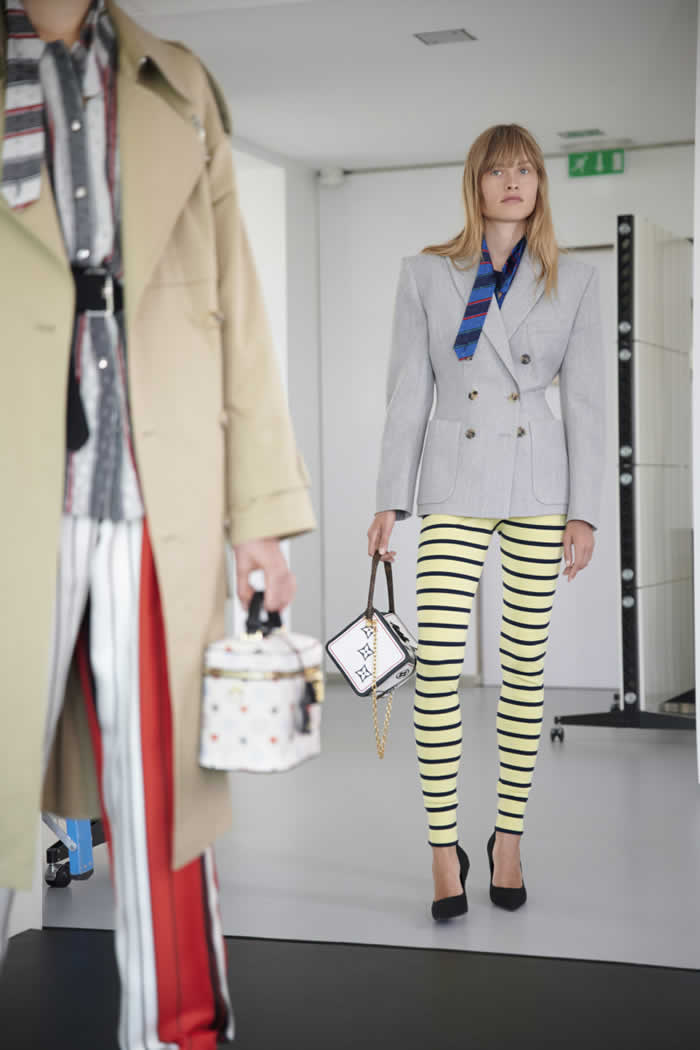 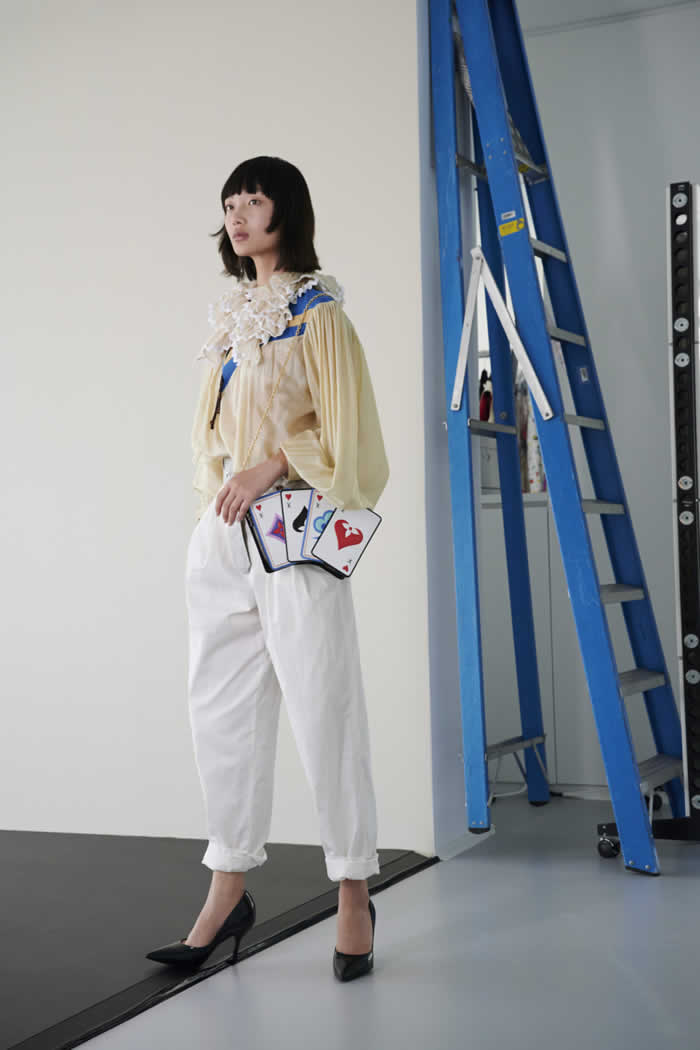 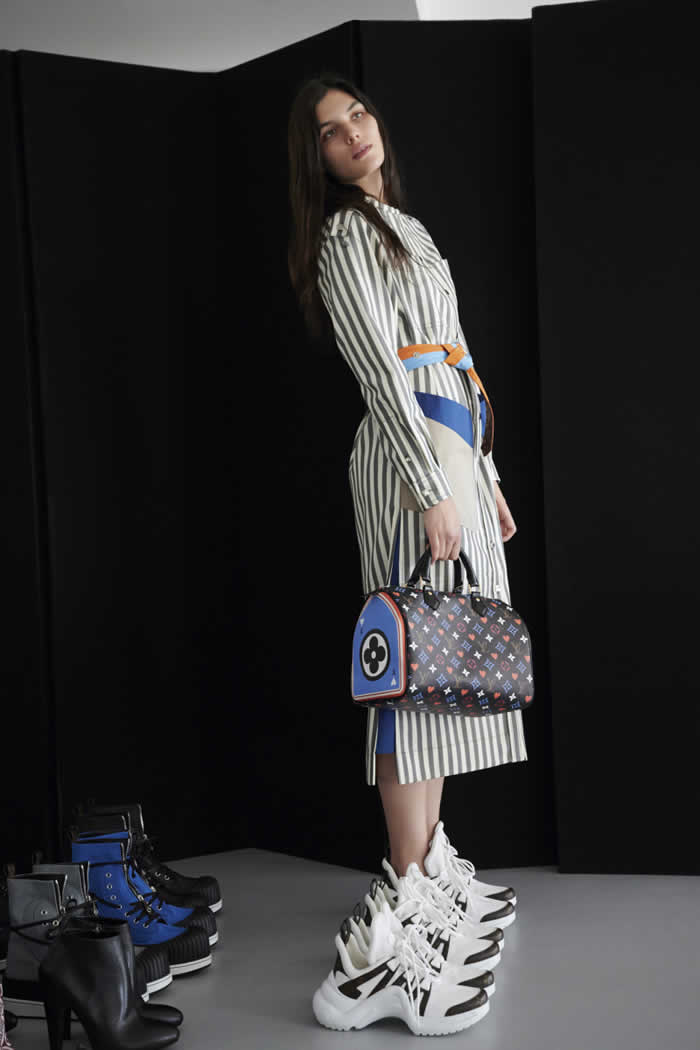 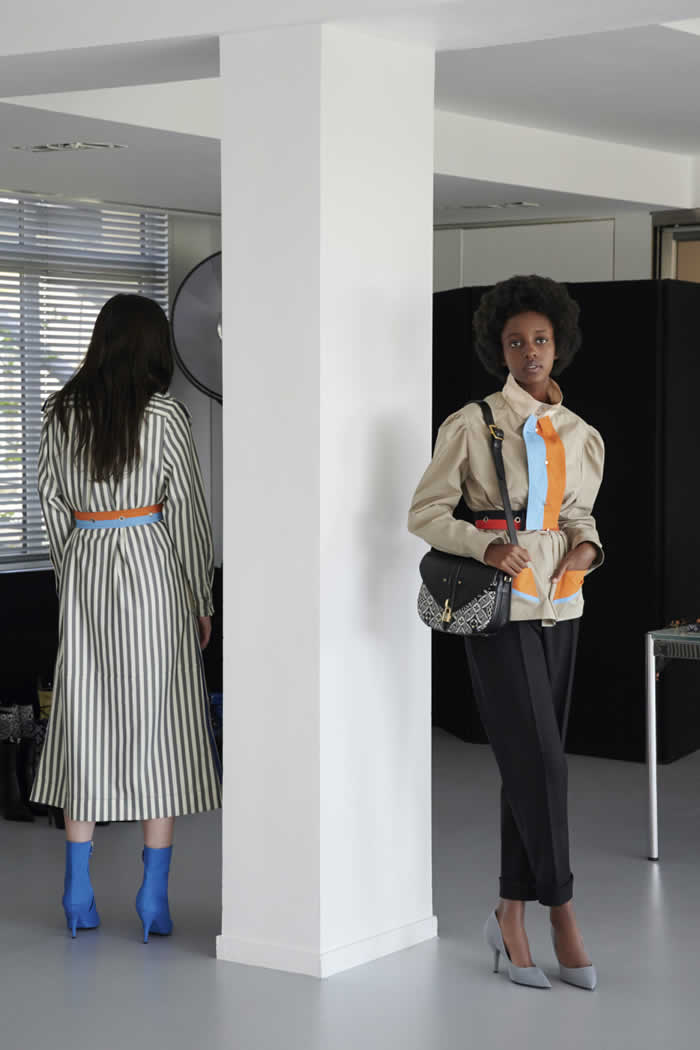 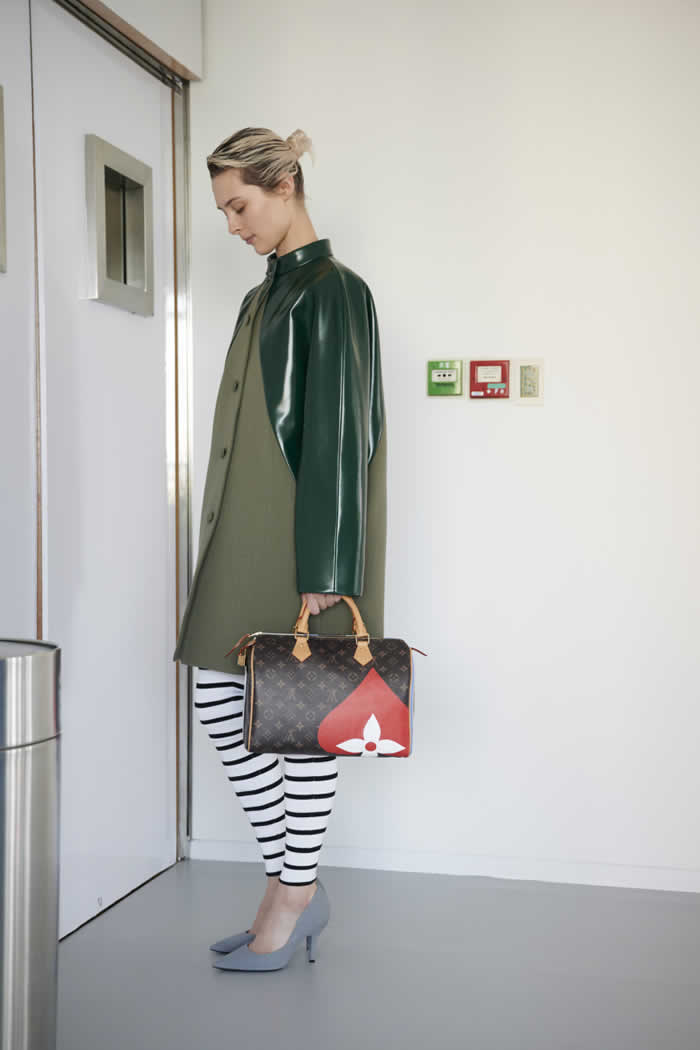 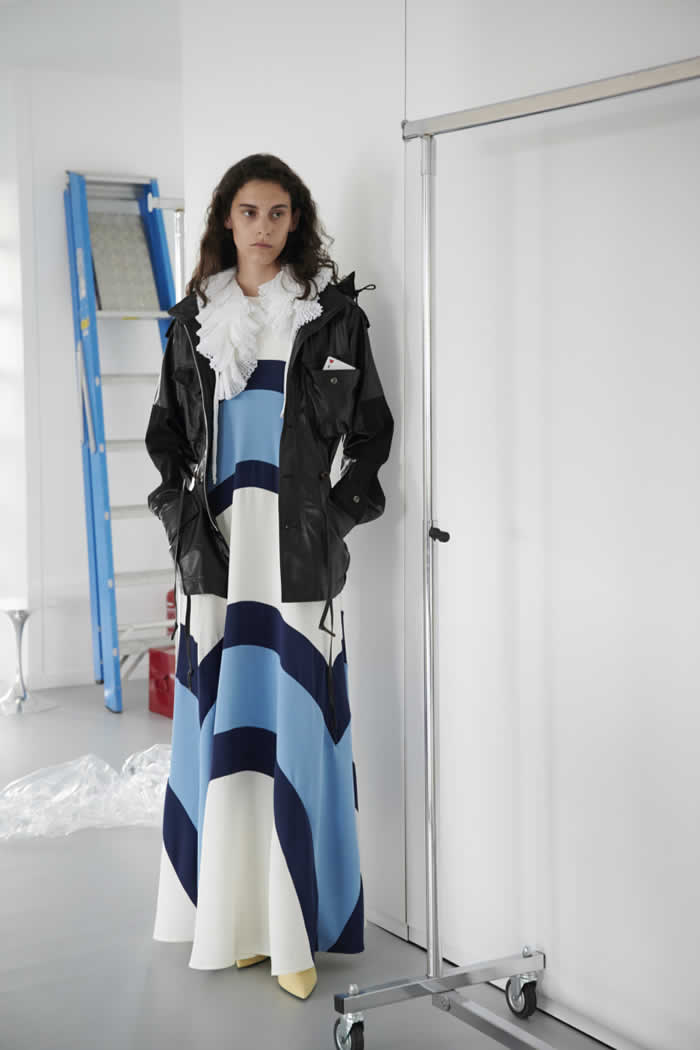 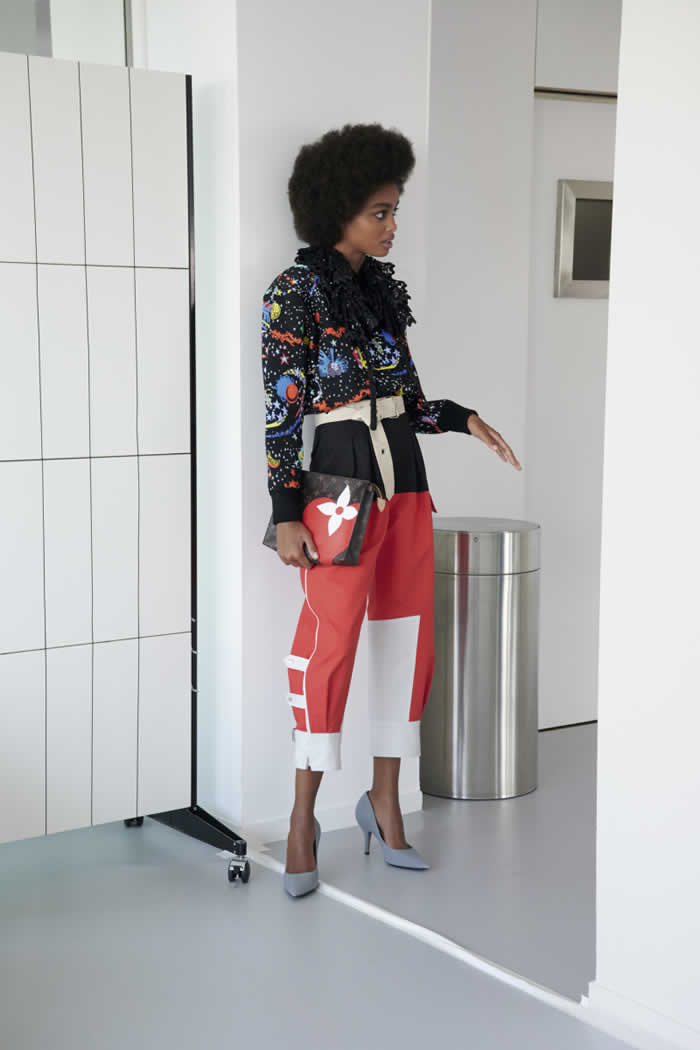 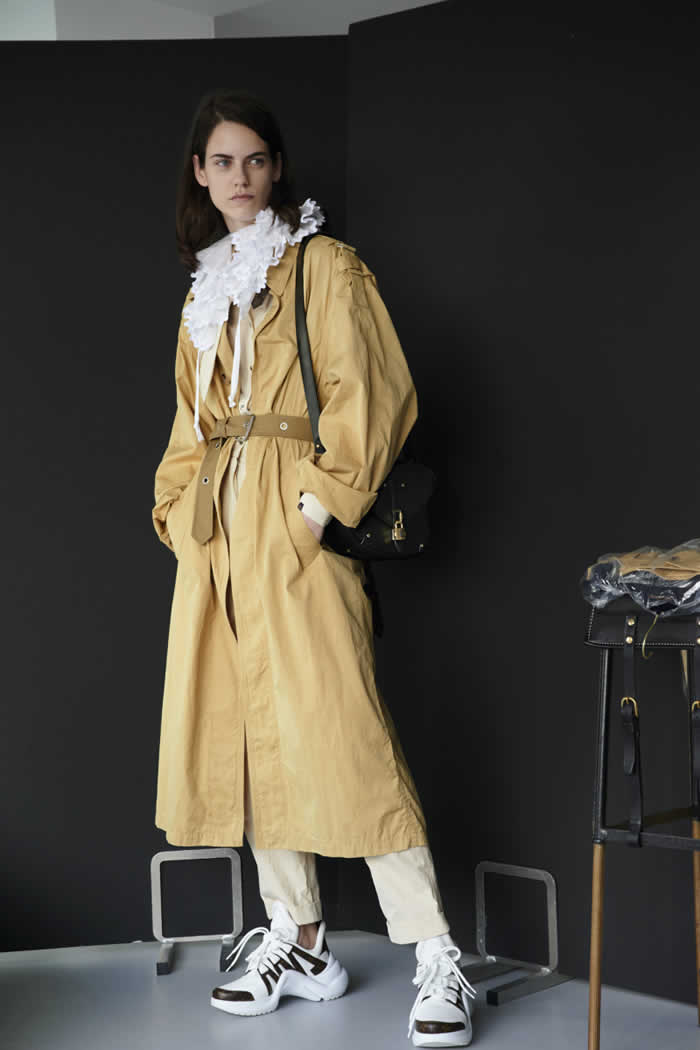 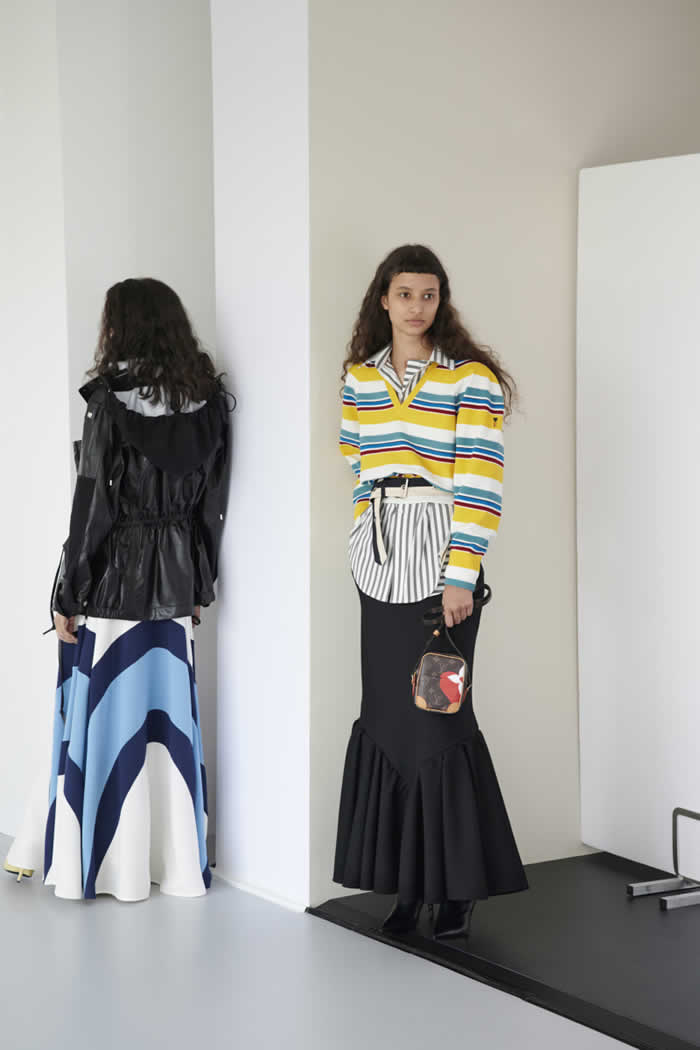 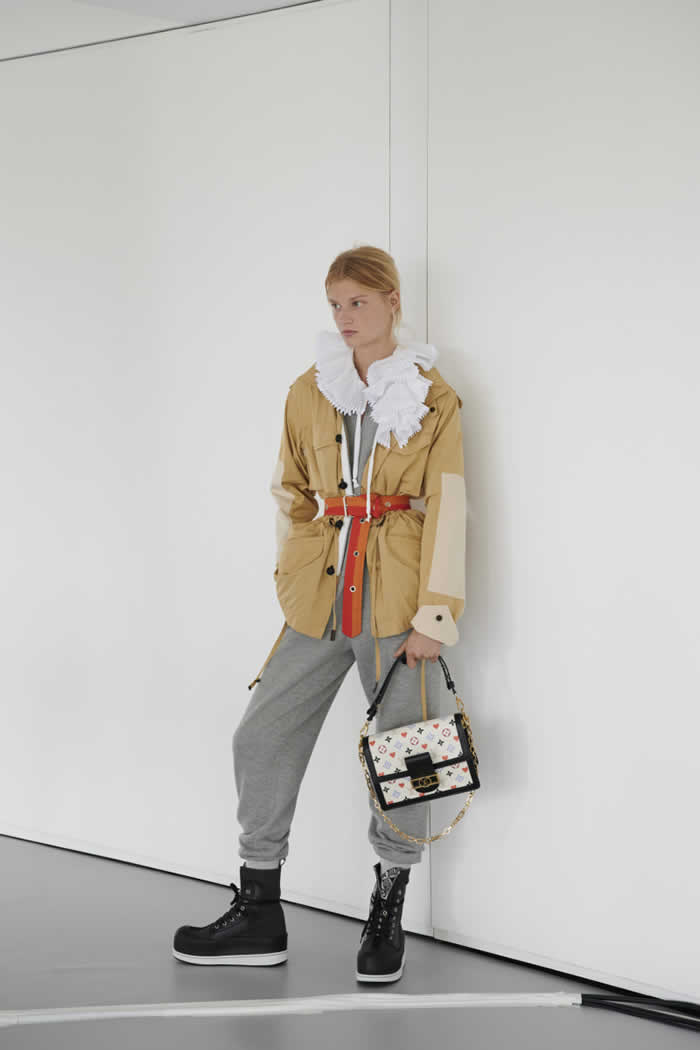 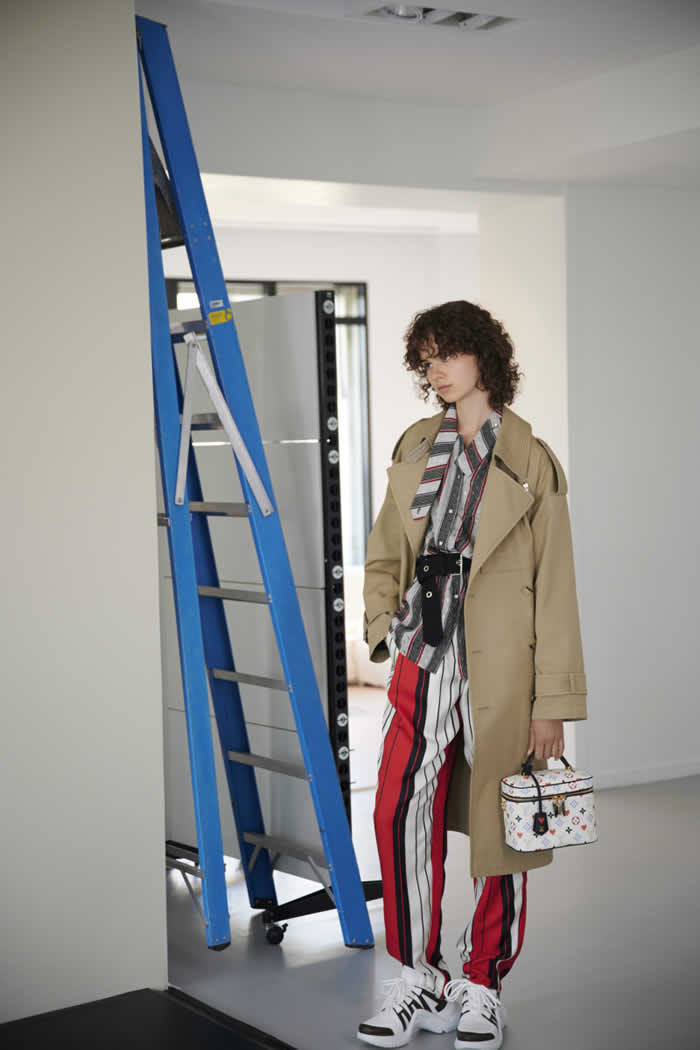 Nicolas Ghesquière’s Cruise collection for Louis Vuitton bears all the hallmarks of a lockdown production.

Usually, the object of a spectacular fashion show staged in an architecturally significant location — last years was held at Eero Saarinen’s iconic TWA Flight Center at John F. Kennedy International Airport — the line was shot this time at the designer’s studio at LV headquarters in Paris.

As millions continue to work from home during the lockdown, it seems that a fire extinguisher, a plastic chair and a filing cabinet are the new travel vistas. A model in a frill-collared printed blouse, sporty cuffed pants and grey heels stood next to a metallic bin, while others posed by a blue ladder.

“A cruise collection inspired by a stationary journey. A contradiction, but not a burden,” the collection notes said.

Indeed, Ghesquière took the opportunity to roam through his design lexicon. He contrasted sharp tailoring — think jackets with jutting shoulder pads — with a sporty attitude, playing with colour-blocked accents on shirts and favouring a looser pant, cuffed or rolled above the ankle. Sailor-striped leggings felt like an unnecessary addition.

The designer blew up playing card symbols into graphic motifs on dresses and spliced clubs, spades, diamonds and hearts with the label’s historic Monogram on the accessories.

“I looked somewhere that has been calling out to me for a long time, somewhere I hadn’t taken the time to go back to. To uncover one inspiration after another. This is an exploration of my creative identity,” Ghesquière said in a statement.

Back in May, Antoine Arnault, head of communications and image at Louis Vuitton parent company LVMH Moët Hennessy Louis Vuitton, predicted the demise of cruise super-productions. “We have probably reached the end of a cycle and the end of a system,” he said.

Since then, Vuitton has announced that since foreign fashion editors are unable to travel to Paris, it will take its spring men’s collection on tour, with physical fashion shows starting in Shanghai and Tokyo. Will Ghesquière be back on the road this time next year? Only time will tell.