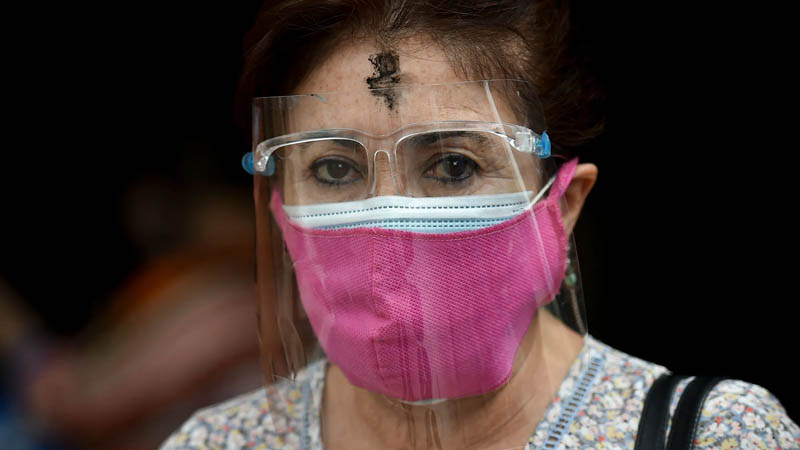 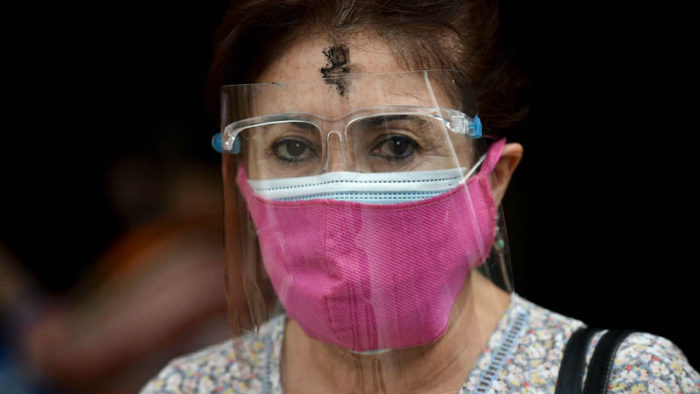 A viral social media post is among many claiming mask-wearing provokes disease instead of preventing it.

Beneath an illustration of a transparent chest containing a set of orange-tinged lungs, the Feb. 20 Facebook post asserts that face masks cause “bacterial pneumonia” through the collection of “toxins and unhealthy bacteria” that are trapped within the mask with exhalation.

“By wearing a mask … you’re inhaling it all back in, causing infections like bacterial pneumonia and hypoxia,” the graphic claims.

Another graphic shared by another Facebook user seemingly confirms the first post’s warning with an image of a petri dish swarming with growing bacteria.

“This is bacteria grown in a petridish (sic) from a swab taken from the inside of a mask after ’20 minutes’ of use,” claims the Feb. 12 post. “THIS IS WAHT (sic) YOU ARE BREATHING.”

Both posts, which have received over 800 shares combined, have their audience in agreement.

“I’m telling you, when I was being ‘compliant’ and wearing a mask, that’s when I got Covid. God did not intend on our respiratory systems being covered,” said one Facebook user.

“Unhealthy & Debilitating! But That’s How They Want Us to Be!” commented another.

Bacteria can collect but pose no risk to health

Claims that mask-wearing causes an assortment of health concerns – ranging from hypoxia, or oxygen reduction, to weakening the immune system – have been previously debunked.

A claim in November alleging people were arriving to intensive care units sick with pneumonia from mask-wearing has also been debunked.

And as convincing a visual as a bacteria-crammed petri dish appears, independent fact-checking organizations like AFP Fact Check and Truth or Fiction have found the image misleading.

“This is most likely because the dish has been incubating for a long time and is contaminated by mould (or mold) spores from the air, etc.”

Bacteria and other microorganisms, normally present in exhalation or from sweating, can collect on masks but pose no risk to health as long as masks are washed regularly or disposed of, as recommended by the U.S. Centers for Disease Control and Prevention.

Bacterial pneumonia is caused by Streptococcus pneumoniae and is more common in low- and middle-income countries where fewer people get the pneumococcal vaccine, according to the CDC.

Dr. Rossana Rosa, an infectious disease physician, told Iowa’s UnityPoint Health that the condition usually develops through “aspirating – or breathing in – contents into the lung. So in terms of wearing a mask, the respiratory droplets you exhale that land on the inside of your mask that you then breath back in will not give you bacterial pneumonia.”

“If you have phlegm, you should find a way to safely spit it out,” she advised. “That way you aren’t at risk of breathing in large amounts of mucus or saliva into your lungs, which is how bacterial pneumonia develops.”

Rosa also added there was no evidence that “groups of people who regularly wear masks for prolonged periods of time” have higher rates of pneumonia compared to the general population.

The claim that wearing face masks leads to bacterial pneumonia is FALSE, based on our research. While bacteria and other microorganisms can collect on masks over time, there are no potential health risks as long as the masks are regularly washed or disposed of. According to health experts, mask-wearing does not cause bacterial pneumonia.

Covid variants could ‘undermine all of our efforts’ if virus spreads globally, CDC director says