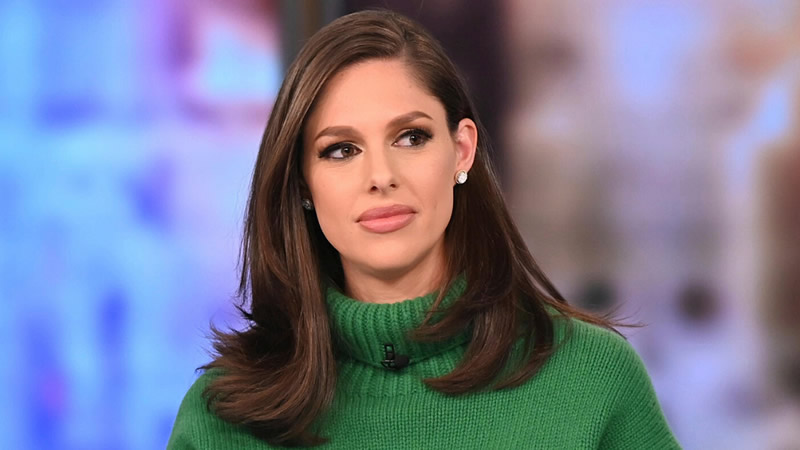 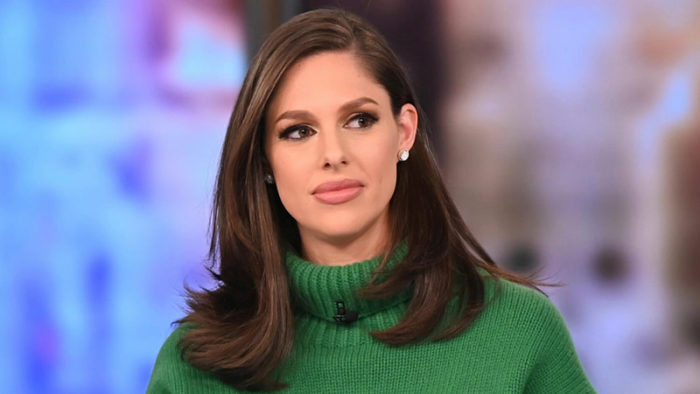 Abby Huntsman says leaving The View is the “best decision” she’s made.

The co-host departed the daytime talk show in January 2020 amid rumors of a toxic culture at the show and a strained relationship with co-host Meghan McCain. She said weight was instantly lifted from her shoulders when she left the building where the ABC show tapes.

“I don’t talk much about that time, and I won’t, but the decision that I made was probably the best decision I could have made for my life, for my mental health, for my happiness, for my family,” she told People.

It wasn’t a decision the 10-year news veteran made lightly, she said. However, it was one “that I felt in my gut, actually, for quite some time about making, much longer than people probably realize.” Huntsman recalled being told by an unnamed behind-the-scenes person that she was making the wrong decision leaving the long-running show, which she joined in 2018.

“And when I made the decision, I remember walking out those doors after they told me, ‘No one quits their dream job in television,’ and I said, ‘Well, this isn’t the dream job that I was hoping, in many ways, that it was,'” she said.

Walking outdoor on her last day, she felt instant relief.

“I could hear the birds chirping in the city, in Central Park,” she said, “and I looked up in the sky and I thought, ‘This is the best thing I did for myself.’ Because I can see the world, I can hear the world, I’m more present.”

She said the last year, has been “a lot of healing and a lot of asking myself questions and thinking things back and wondering, ‘Did you make a mistake, did you handle this right or that right?'”

Her last year, amid the pandemic, was a challenging one. Her next career move was to help her dad Jon Huntsman Jr.’s campaign for governor of Utah.

They headed to the state around the time of the first U.S. COVID case —and soon after her whole family got it: she and her husband, their three kids, her parents. To top it off, her father lost his primary race.

“I could sit here and tell you everything’s a lesson, but no… that was one of the hardest things I ever went through,” said Huntsman, who will be launching a podcast soon.

Just prior to Huntsman announcing she was leaving The View, she and McCain had fight. However, both women maintained that Huntsman was leaving because she wanted to help her dad campaign. McCain has since blamed the media for drumming up the narrative of a female feud.

“It was sort of bizarre for me, and I think bizarre for [Abby], to have the fact that we got into one fight in the two years we worked together on the show, to be, you know, put under dissection by the media, to be weaponized,” McCain said on Watch What Happens Live With Andy Cohen last year.

“It’s been really emotionally taxing to have our friendship used this way in the media. It’s taken a real toll on me.”

The View, which has been on the air for 24 years. is currently co-hosted by Whoopi Goldberg, Joy Behar, Sara Haines, Sunny Hostin, McCain, and Ana Navarro.

Emily Ratajkowski Puts a Spicy Twist on the Canadian Tuxedo