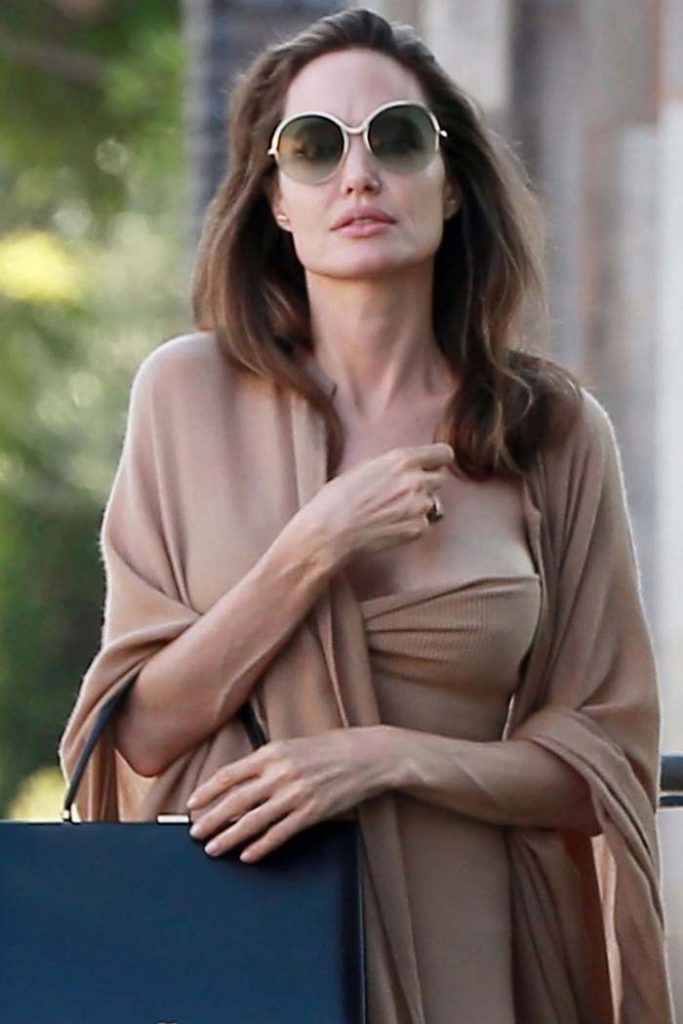 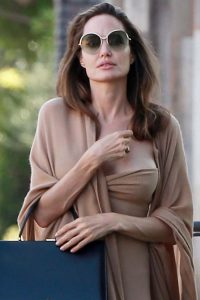 Angelina Jolie’s weight is indefensibly a matter of public discourse. One tabloid reports that she’s doing a hunger strike over her ongoing divorce proceedings with Brad Pitt.

According to the National Enquirer, Jolie is intentionally starving herself “to force ex Brad Pitt to cave to her child custody demands.” The Hackers star is “refusing food in a self-imposed pity party” and is supposedly only eating “handfuls of grains and nuts.” She’s allegedly hoping that Pitt will cave when he sees how unhealthy she is.

The tabloid goes so far as to speak to a “nutrition expert” who said that “her weight is dangerously low” and explained why it could be a bad thing for her. The article goes on to rehash the state of the divorce case and adds that Jolie “is also down in the dumps after Brad” was spotted with model Nicole Poturalski.

The tabloid finishes its distasteful article by quoting a “longevity expert” who says that losing this weight could hurt her immune system, thus increasing her chance of “developing COVID-19.”

In the tiniest script imaginable, right at the very end of the article, the Enquirer says, “The doctors quoted in this article have not treated Angelina Jolie.” Doctors who have not treated a patient are unqualified to talk about the health of the patient. It’s reprehensible to hide the fact that the doctors haven’t treated Jolie, as it’s intentionally done so we’ll trust the tabloid more. Attached to the article is an unflattering photograph of a skinny-looking Jolie. This photograph is from the premiere of First They Killed My Father in 2017. It’s a three-year old photograph that is easy to catch because she’s not wearing a mask. The use of this outdated photo just makes the tabloid even more unreliable.

There is no report about a hunger strike beyond this one in the unreliable tabloid, Jolie is frequently attacked for her weight. We’ve busted reports of an eating disorder, a health crisis over Pitt, and starvation. This is a typical sexist story from the tabloid attacking the Maleficent star’s health.

The divorce proceedings have led to loads of bogus stories from this tabloid. It claimed Jolie was trying to prevent Pitt from seeing his children by manufacturing scheduling conflicts. The divorce apparently caused Jolie to swear off men. The thing fueling her in the custody battle was not a desire to raise her children, but some sort of revenge because Pitt had returned to Jennifer Aniston, if the publication is to be believed.

In this story, Jolie is again motivated over a different woman to go on a hunger strike, so the sexist jealous ex archetype is still in full effect. We don’t exactly have a recent photograph of Jolie to cite as evidence that she’s not “rail-thin” — we’re not paparazzi — but then again, neither does the tabloid. With its rotten reputation and the history of these kinds of stories around Jolie.