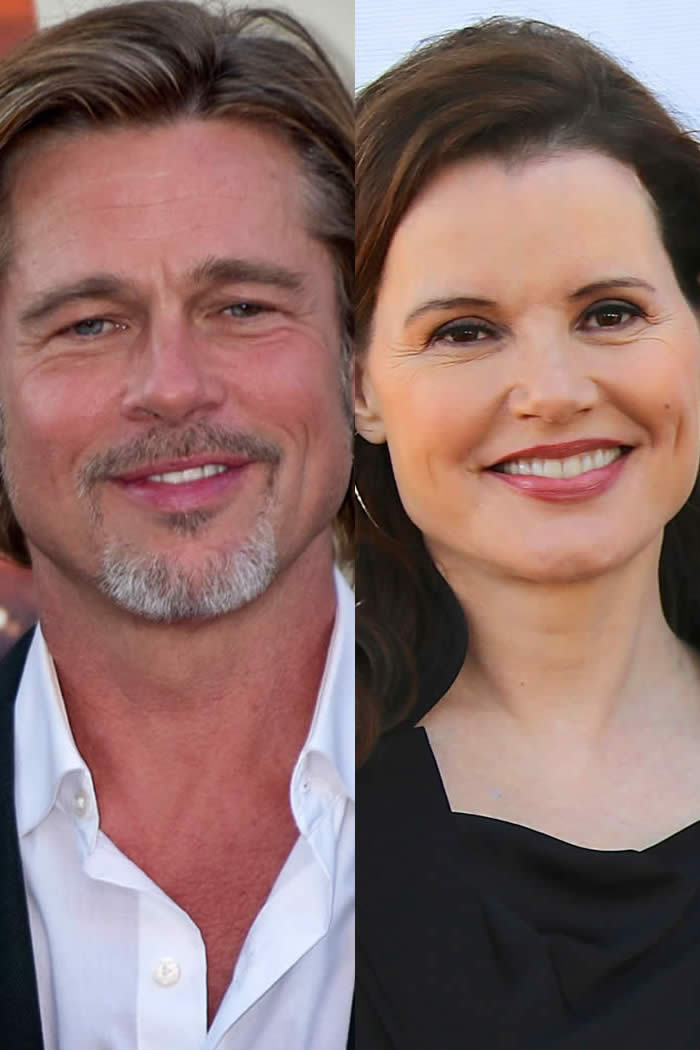 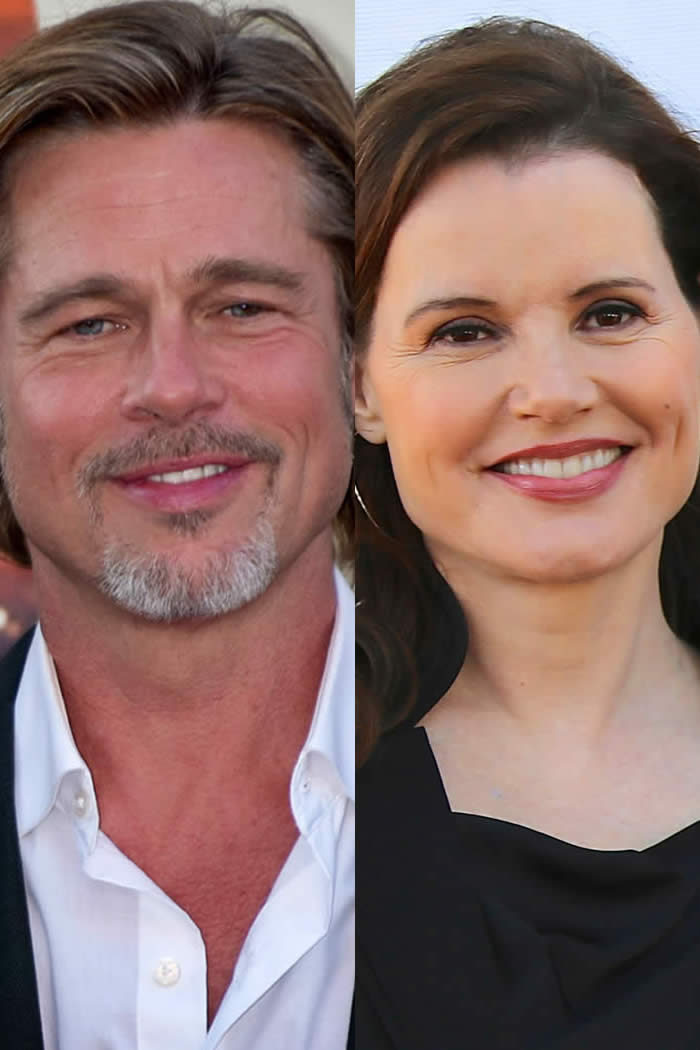 Are Brad Pitt and Geena Davis going out on dates? A tabloid claims the former co-stars could be looking to strike up a romance.

Who doesn’t remember Brad Pitt’s iconic performance in the cult classic, Thelma & Louise? The actor portrayed J.D., a drifter whom Geena Davis’ character, Thelma, falls for, but ends up taking all of her money. According to New Idea, the former costars are trying to make fiction into reality.

The tabloid alleges Pitt and Davis are planning a “sexy” reunion dinner and supposed “friends” think the sparks will fly. The magazine maintains the actor has been “reminiscing” about his breakout role in the female buddy road film and has admitted he has Davis to thank for his career taking off.

“It’s probably all his sculpting that’s got him feeling introspective these days,” a supposed pal tells the outlet. The so-called insider continued, “But he’s been reaching out to a bunch of people who’ve been helping him along the way, just to acknowledge them. Of course, he and Geena ended up having a great chat and he’s promised to take her out for dinner.” Another dubious source who is an alleged friend of the actress claims Davis is very excited about her upcoming date following her divorce from her husband, Reza Jarrahy. “She’s had a rough time and Brad knows better than most how she feels,” the dubious insider states. The sketchy insider concludes, “She hasn’t been on a date for years so she’s looking forward to a good old-fashioned flirt with a hot former costar!” It seems the dubious outlet invented this tall tale because Pitt recently said he was thankful to Davis for giving him a chance to star in the film.

The actor also thanked the director of the movie, Ridley Scott, but the tabloid made no mention of an upcoming dinner date with Scott. Gossip Cop has reached out to a source close to Pitt who confirmed to us that the story isn’t true. Sorry folks! There won’t be a J.D. and Thelma rekindling happening after all.

It’s no surprise, given the fact that the tabloid has been notoriously wrong about Pitt’s love life before. Earlier this year, we busted New Idea for alleging Brad Pitt was marrying Jennifer Aniston at a French estate where he also wed Angelina Jolie.

The thought that Pitt would marry his ex-wife at the same place where he married his other recent ex was absurd. It turned out we weren’t the only ones who thought so. Separate reps for Aniston and Pitt confirmed with Gossip Cop that the story wasn’t true.

Before this, Gossip Cop exposed the tabloid for falsely claiming Pitt and Aniston married at her Christmas party. It’s pretty laughable to think back on that story all those many months ago. Of course, we dismissed the bogus story at the time. The unreliable outlet just can’t seem to get it right when it comes to Brad Pitt’s love life.

Gossip Cop has determined this story is totally false.