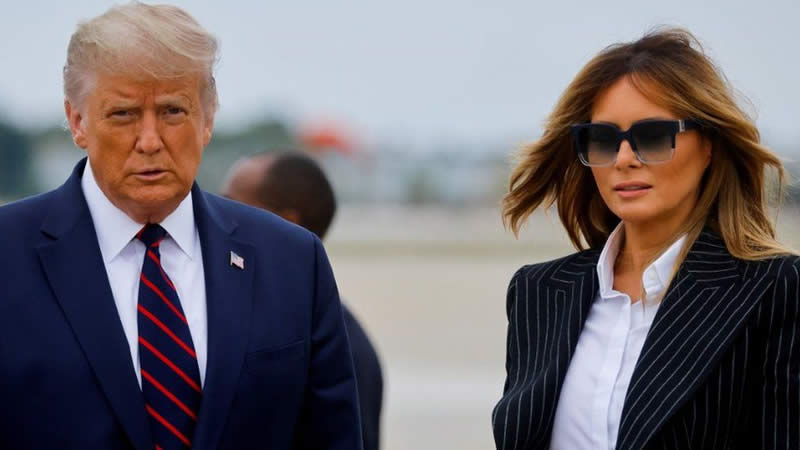 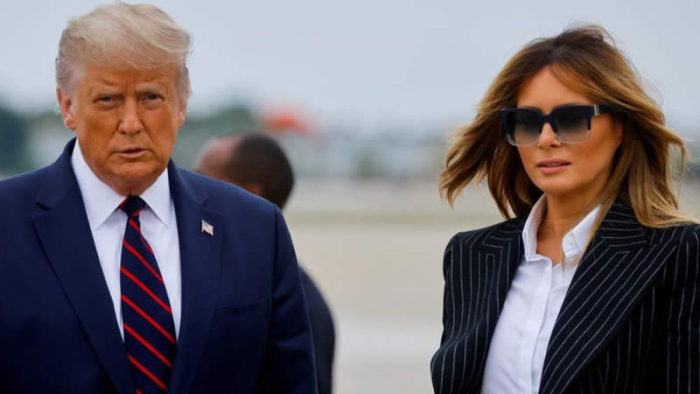 DONALD and Melania Trump had an embarrassing exit from the White House earlier this year following Joe Biden’s win in the 2020 election. Where are the Trumps now? When were they last seen?

Donald Trump’s exit from the White House has gone down as one of the most dramatic in history. After encouraging an insurrection at the Capitol in Washington DC on January 6, the single term president left office amid the preparations for his impeachment trial, which only recently concluded.

Mr Trump was acquitted of the charge of “incitement of insurrection”.

Despite making it out his trial, Mr Trump has kept a low profile since leaving office, and has not made any official appearances.

He was not present at his trial in the Senate this month either.

Mr Trump was also not present when his former Trump Plaza Casino in Atlantic City was torn down – and watched by thousands on a livestream.

Where is Donald Trump now? Where is Melania?

Donald Trump is currently living in Florida post-presidency at his Mar-A-Lago resort.

He and his wife Melania were last seen in an official capacity on January 20 at their leaving ceremony, which they opted to do instead of attending the inauguration of Joe Biden.

However, they have been pictured several times at the resort – predominately playing golf and having dinner with friends.

The pair have kept a reasonably low profile amid Mr Trump’s second impeachment trial, which ended on Valentines Day with Mr Trump being acquitted.

Melania has been spending time at the resort’s spas, according to CNN sources.

Another source said: “It is not unusual for Trump to spend several hours a day there [at the spa], enjoying the benefits at her disposal, often going twice in a 24-hour period, for massages, nail care, facial treatments or other items on the menu.”

The state of the couple’s marriage has also been the cause of speculation, with many believing the marriage is not far from over following their disastrous exit from the White House.

Ex-aide Omarosa Manigault Newman claimed the Trumps’ marriage was over, previously saying: “Melania is counting every minute until he is out of office and she can divorce.

“If Melania were to try to pull the ultimate humiliation and leave while he’s in office, he would find a way to punish her.”

The pair have been married for 15 years.

Following his ban from almost all notable social media websites and apps following his support of the attempted coup, Mr Trump’s presence has been somewhat dampened on the global stage.

He broke his silence to pay tribute to highly controversial US right-wing radio host Rush Limbaugh, who died this week.

Speaking to American broadcasters, he used the opportunity to pedal his belief that he is the rightful winner of the November 2020 election, a claim that is completely unsubstantiated.

He said: “As far as I’m concerned, it was disgraceful what happened, totally disgraceful.”

The interviews marked the first time since Mr Trump spoke publicly since being acquitted Saturday by the US Senate in his second impeachment trial.