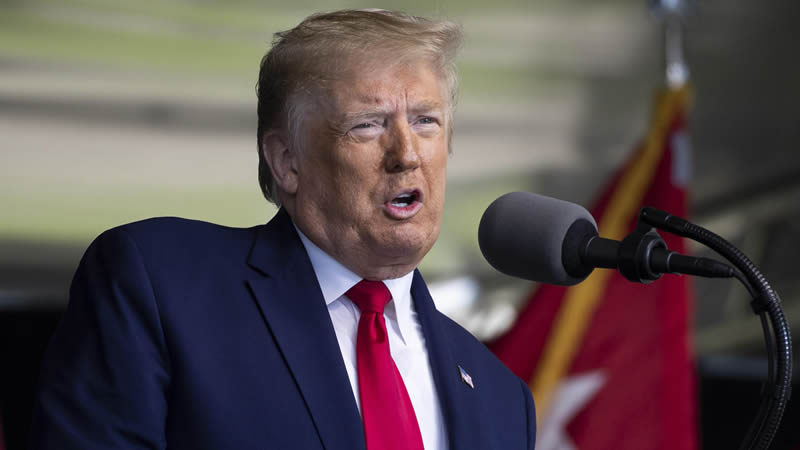 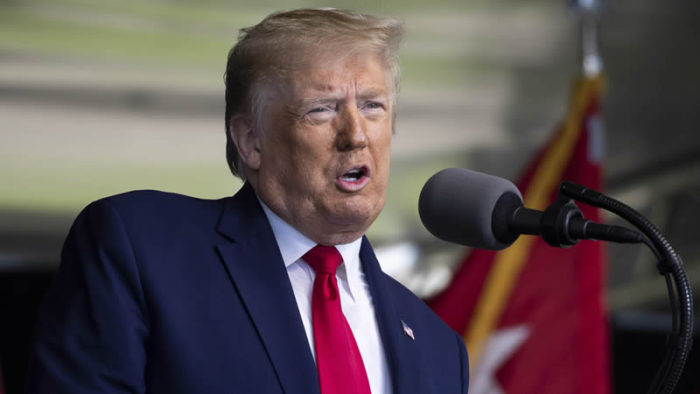 The former president once again claimed the election was stolen from him, and argued that political polling was rigged as well.

Donald Trump called the 2020 presidential election the “crime of the century” on Saturday, even as Republican leaders scrambled to dodge the fallout from the violent insurrection at the U.S. Capitol that supporters of the former president carried out earlier this year.

Trump also blasted Senate Minority Leader Mitch McConnell (R-Ky.) as “weak and pathetic” in a post on his so-called “communications platform.” He went after former Vice President Mike Pence for lacking the “courage” to reverse the results of the election, which Joe Biden won.

If Pence and McConnell had reinstalled Trump as head of the nation, “we would right now have a Republican President who would be VETOING the horrific Socialistic Bills that are rapidly going through Congress, including Open Borders, High Taxes, Massive Regulations, and so much else!” Trump wrote.

Trump’s latest rant about the election results comes at an awkward time for fence-straddling Republican leaders, who have both been feeding oxygen to the “big lie” that the election was rigged and sort of denying it exists.

“I don’t think anybody is questioning the legitimacy of the presidential election,” House Minority Leader Kevin McCarthy (R-Calif.) said Wednesday after he and other congressional leaders met with Biden. “I think that is all over with. We’re sitting here with the president today.”

However, several Republicans indeed have continued to undermine the legitimacy of the democratic presidential election.

On Wednesday, House Republicans voted to oust Rep. Liz Cheney (R-Wyo.) from her leadership role after she refused to go along with Trump’s lies about the election. The former president’s rhetoric about election fraud motivated rioters to storm the Capitol on Jan. 6.

Rep. Ted Budd (R-N.C.) said Biden was legitimately elected, but added in a dig that “we need to make sure that we have unquestioned elections moving forward.”

And Rep. Andrew Clyde (R-Ga.) tried to deny that the Capitol riot occurred. “There was no insurrection,” he said last week. He also described rioters’ violent behavior as a “normal tourist visit” to the Capitol.