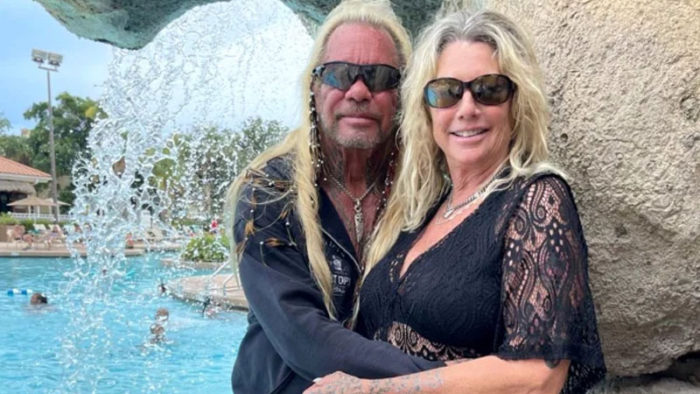 Duane ‘Dog’ Chapman has got married again. The ‘Dog the Bounty Hunter’ star – who was left devastated when the fifth spouse Beth died of cancer in June 2019 – married Francie Frane in Colorado on Thursday (02.09.21), ‘Entertainment Tonight’ has confirmed.

The day before the couple tied the knot, Francie – whose husband Bob also died of cancer, just six months before Beth – revealed they were planning to write their own wedding vows which would honor their late spouses.

She said: “We have been doing that all along.

She said: “It has more bling on it than I ever thought I would wear. It is really heavy.”

And the couple each picked out their own very different favors for their wedding cake.

According to E! Francie laughed: “So, he picked one part and I picked the other and we have several tiers of the cake and I don’t like his part and he doesn’t like mine.

“The reception is going to be a fun party and right after the wedding, it is all in one place. And we are going to be dancing and having a blast with all of our friends and our family and everybody that wants to share all of this with us.”

Dog added: “This is going to be the celebrity wedding of 2021, scoot over Blake Shelton.”

He has 13 children from his previous relationships.

Piers Morgan 'Angry' Over Being Labelled As Racist