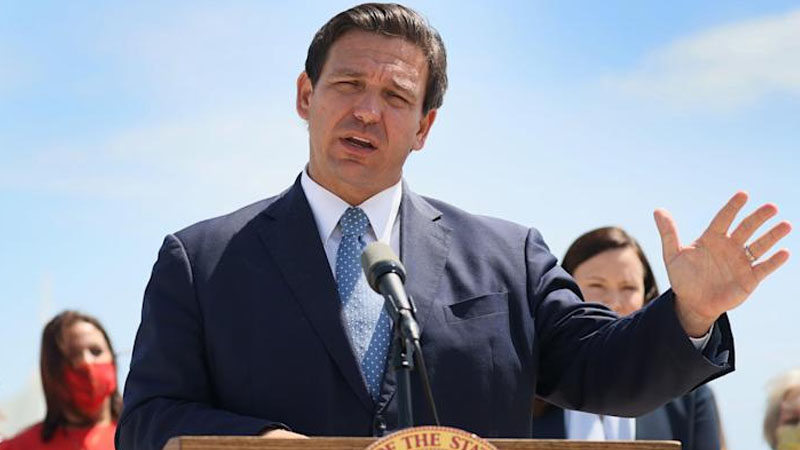 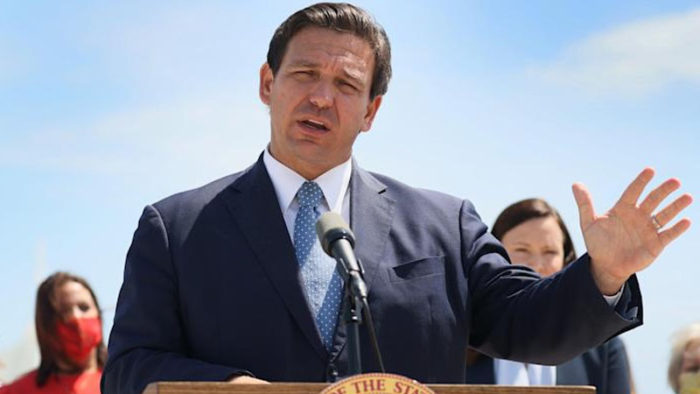 Florida is going all-in in the fight against democracy.

This morning, flanked by Polk County Sheriff’s Deputies, Governor Ron DeSantis signed the “Combating Public Disorder” bill into law, announcing with characteristic GOP disregard for irony or adherence to reality that “we’re not going to let the mob win the day.”

Winning the day instead: authoritarianism and the threat of violence against marginalized communities. Republicans are calling it an anti-riot bill. The reality is that it’s anti-democratic, anti-public safety, and anti-American.

On April 15th, when the legislature signed the bill, Micah Kubic, executive director of the ACLU of Florida said: “It is clear that Governor DeSantis and certain legislative members are aiming to shut down political speech they disagree with in a direct attack on the First Amendment and at the cost of Black and brown people. This bill is a disgrace to our state.”

The bill’s combination of breadth and vagueness ensures maximal impact on freedom of expression. Its definition of a “riot”, for example, means a person engaged in peaceful protest could still be charged with a felony if other people in the same assembly were arrested for destruction of property or assault on a police officer. Its “intimidation” provisions are so broad, they could be used against sports fans who chant at the opposing stands.

All of this makes the bill a useful cudgel for any Florida lawmakers or law enforcement outfits looking to put the boot down should the residents grow too restive if, say, another unarmed Black person is killed by an unaccountable agent of the state.

The bill also enhances penalties for attacks on “monuments”, effectively handing pieces of brass memorializing slaveholders full state protection. And then there’s the “Free Pass for Vehicular Manslaughter” provision, which shields counter-protesters from civil liability for killing someone with their vehicle.

It should be noted, of course, that social justice protesters have been attacked by drivers over 100 times (and counting) just since last summer. We all know who’s driving over who here, and it’s almost always a truck flying a MAGA flag causing the carnage.

Additionally, protesters won’t be eligible for bail until their first court appearance — and it’s now a felony to block a roadway.

Ron DeSantis and his cronies in the legislature made this bill a top priority. The state appears to have an intentionally defunct unemployment system, is suffering an ecological disaster wrought by decades of deregulation of the phosphate mining industry, and is currently experiencing surging cases of Covid-19. Never mind all that, though. Never mind the First Amendment, either.

George W. Bush: 'It's a problem that Americans are so polarized' they can't imagine him being friends with Michelle Obama