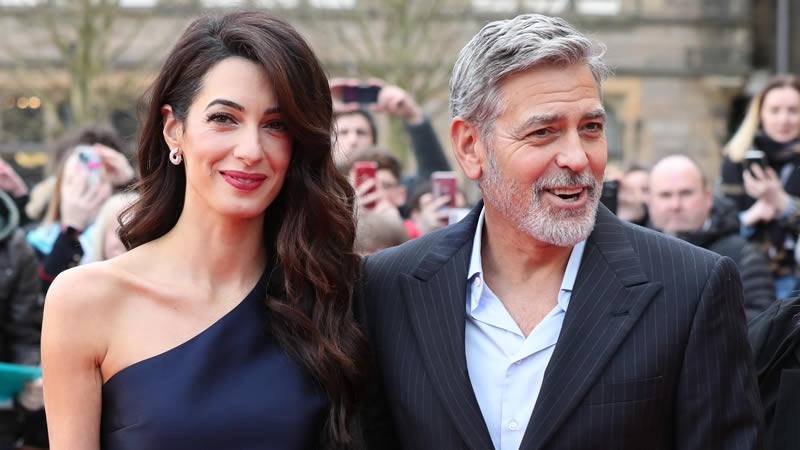 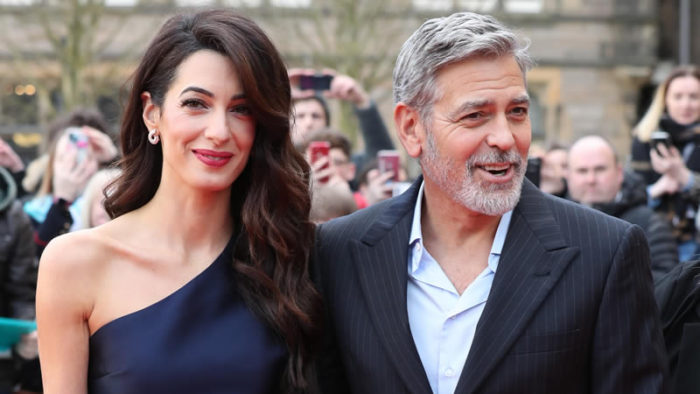 George and Amal Clooney were snapped in their date-night duds as they boarded a speedboat to head to dinner in Lake Como, Italy, where the A-lister famously owns an 18th-century villa.

Per paps, the couple was headed to dinner with family at the luxe Grand Hotel Tremezzo. George, clad in a crisp white shirt and gray suit, and Amal, wearing a beautifully fit white dress, were joined by her sister Tala Alamuddin and her husband and their mother, Baria Alamuddin.

The Clooneys — who wed in 2014 and share 4-year-old twins Alexander and Ella — “didn’t spend time in Lake Como last year,” a source told People Magazine last month. “It’s the first time in two years that they are back in Italy. They seem thrilled to be back. Friends that they didn’t see during the pandemic are very excited that they are back.”

Clooney isn’t the only celeb who’s a fan of the area: Madonna, Donatella Versace and Richard Branson all either own or have owned properties there. Clooney purchased his 30-room Villa Oleandra there in 2002. Clooney has kept a somewhat low profile, work-wise, this year. Following the harrowing shoot for last year’s “Midnight Sky,” which he also directed, the actor, 60, has mostly confined himself to late-night appearances and virtual reunions.

He told Jimmy Kimmel in January that he’s continued to cut his own hair — and his son’s — with the Flowbee, a “vacuum haircutting system” dating back to the 1980s, but that Amal would “kill” him if he attempted to use the same tech on their daughter.

Clooney also joked in April that the “ER” virtual reunion had been “disastrous” for his marriage to Amal, as their rewatch of the show in preparation for the livestream revealed “all the terrible things I did as Dr. [Doug] Ross.”

My wife keeps going, ‘Is that it? Are you done? Season 3, do you settle down with Nurse Hathaway?’”

She seems to have gotten over it.