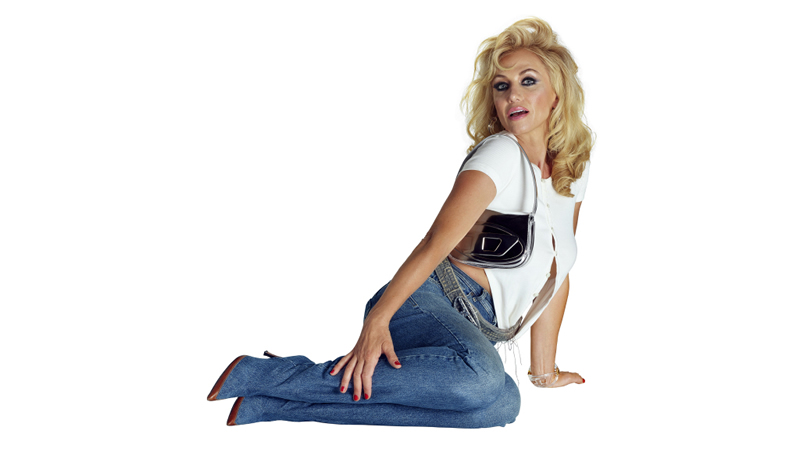 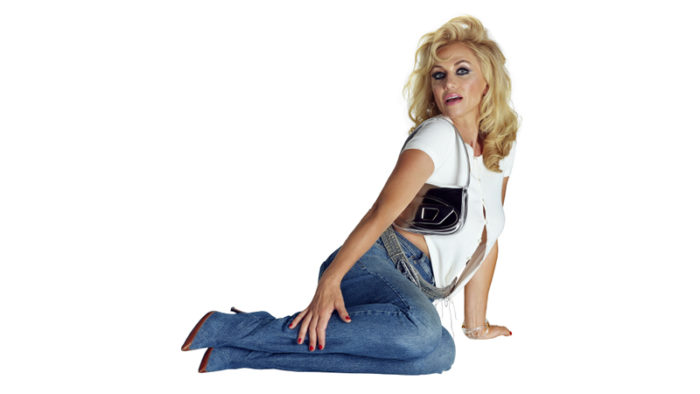 A six-look spring 2022 preview is dropping at 32 retailers worldwide and on the Diesel website today.

It’s almost go-time for the first Diesel collection designed by creative director Glenn Martens. Ahead of its arrival in stores, planned for early 2022, the brand is dropping a six-look taster set today with a shortlist of retail partners and on the Diesel website.

Meant to sum up Martens’ approach to Diesel, the six looks — three meant for women and the same for men — were taken from the runway collection last June in Milan, which played on the brand’s denim heritage and the Belgian designer’s knack for experimentation. A few extra items, such as printed T-shirts and tank tops, round out the selection.

In the mix are a deceptively simple white cardigan worn with classic five-pocket blue jeans and pointy-toed booties, which reveal themselves to be incorporated into the trousers; a Canadian tuxedo where lightweight organza applied to vintage denim creates a peeling, distressed effect; gray jeans in a medium wash that unzip at the leg to reveal a darker layer, for a play on proportions and colors, and a gray trenchcoat from the Diesel Library, the sustainably-minded denim line.

The “Avant-Première” selection will make its debut in 32 doors worldwide, among them Galeries Lafayette’s stores in Doha, Shanghai, and Beijing; Tsum in Moscow; Isetan in Toyko; Milan’s 10 Corso Como, and as previously reported, one-year-old T., a boutique in New York.

In Paris, the Galeries Lafayette’s Champs-Élysées location will host a dedicated pop-up installation between Sept. 20 and Oct. 9 to showcase the looks.