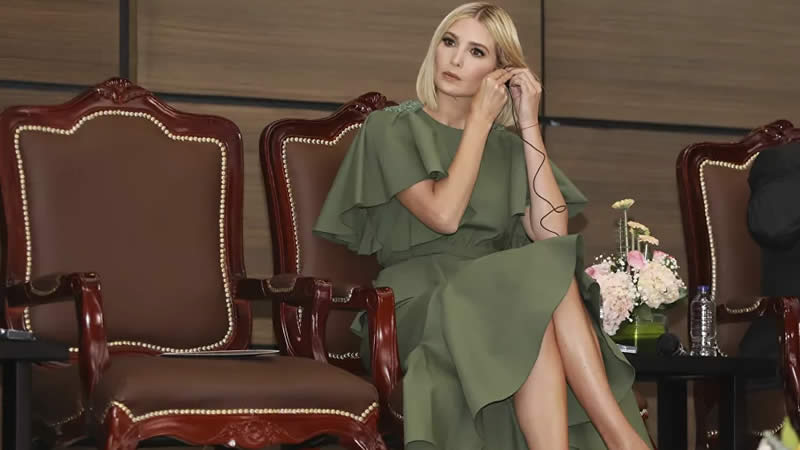 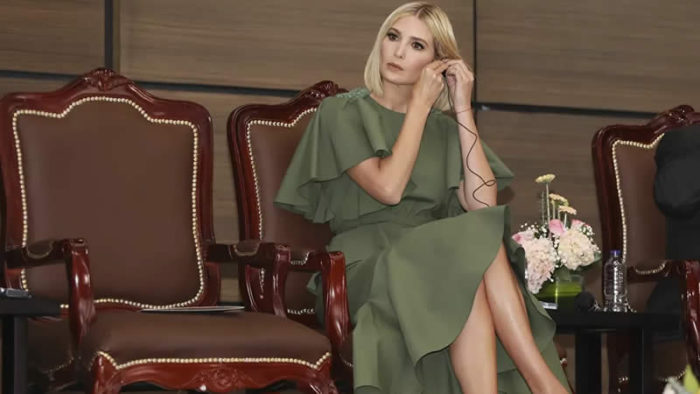 Anybody who followed the shitshow that was the sorry excuse for a presidency over the last four years knows good and well that Donald Trump has always had a favorite child — and it’s certainly not any of the boys, nor is it the daughter that he labeled “fat” and doesn’t really want to take a picture with.

Of the five (that we know of) Trump spawn that have unfortunately been spewed upon the Earth, Ivanka Trump is hands-down daddy’s favorite. After all, as painfully annoying as Don Jr. and Eric are, you didn’t see them kicking it in an official White House job despite a complete and utterly astonishing lack of legitimate qualifications, now did you?

Yet, there was Ivanka, living the dream, doing a bunch of “governmenting,” wearing her Gucci and Prada, while poor children in China fake the stitches she’s wearing for $64 a week.

Favorite child or not, there’s got to be a reason, right? I mean, nepotism is one thing. But this is NEPOTISM.

Now, we’re all so very unfortunately aware that Donnie has a thing for his daughter. I don’t care what anyone else tries to call it — fatherly love, a close relationship, daddy-daughter inside jokes. Nope. The dude wants to smash. Period. And frankly, he’s said as much.

Let us all be reminded of the “If Ivanka weren’t my daughter, perhaps I’d be dating her” comment.

Don’t settle from your cringe just yet, folks. Because we may have just figured out why Donnie was always so willing to give Nepotism Barbie that extra bit of privileges.

As a result of Ivanka’s “official” government position, she tended to jet-set around the world on her daddy’s coattails, and their trip to India during Donald’s presidency was no exception.

Donald was in the country for 36-hours and Ivanka’s surgically-sculpted behind was with him every step of the way.

Namaste. (please tell me I’m not the only one who sees it) pic.twitter.com/CWQpOnBzee

Y’ALL. Why is her hand in his jacket like that?!

I told you not to let go of that cringe just yet.

As you would expect, Twitter had ALL the thoughts:

Holy shit! She’s grabbing it for sure!

Shit I normally have to pay extra for that.

Checking to see, if he is really happy to see her.

Quid pro quo to assure Daddy “hands” his empire over to his daughter/wife.

Despite Reports To The Contrary, When It Comes To Destroying American Norms Trump Had Nothing On Team Biden