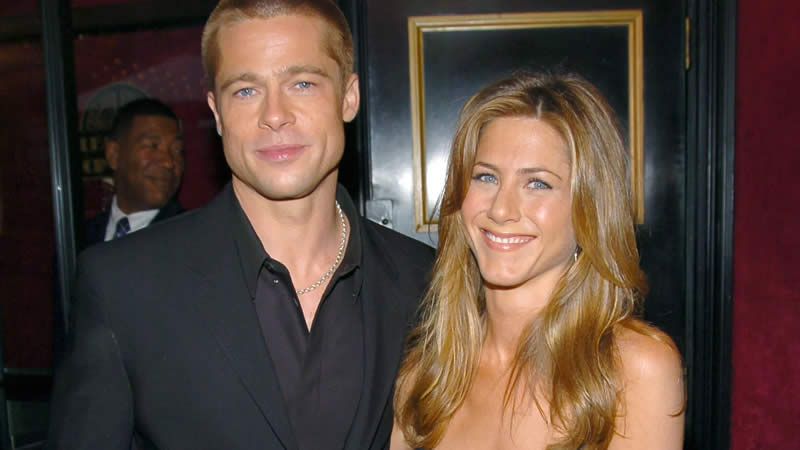 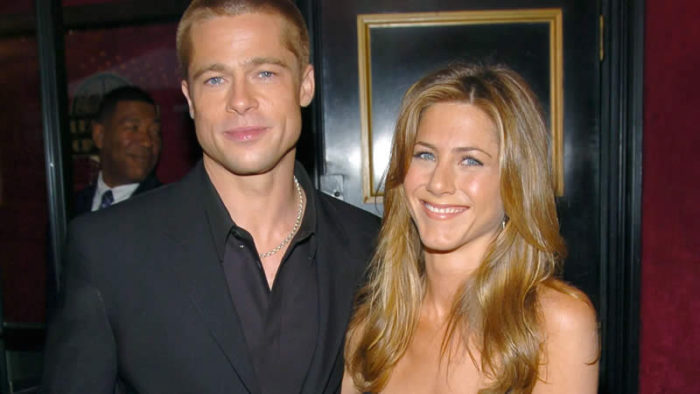 Here, The Mirror takes a look at some of the biggest ex-couples in showbiz who managed to remain friends following their respective splits from Jen and Brad to Hugh Grant and Liz Hurley

There are two types of people in the world. The first never want to see their former partners again once the relationship ends.

They will go out of their way – and if that means moving to a different town, or even country, then so be it – to ensure that their paths never cross again, that they’re never forced to make awkward small talk with someone they’ve been intimate with, or – horror of horrors – bump into someone who dumped them on a bad hair day.

The second type of people are those who are friends with their exes, aka proper weirdos.

This goes beyond being civil for the sake of children, obviously, and is perfectly demonstrated by Jennifer Lopez, who – only days after she rekindled her romance with ex Ben Affleck – was seen this week having lunch with another ex Marc Anthony.

Their kids are nowhere to be seen, proving they must just genuinely enjoy each other’s company, the monsters.

And they’re not the only ones…

Don’t worry if it had completely slipped your mind that these two dated – she hardly ever mentions it, after all.

Record company boss Simon’s first signing was up and coming pop-star Sinitta, 36 years ago, and it lead to a tempestuous relationship that was on and off for two decades.

These days they’re just good friends – he’s the godfather to her children and they all regularly go on holiday together.

Sinitta is mates with his girlfriend Lauren, too, despite revealing in 2017 that, “There’s still sexual chemistry between Simon and I. I still fancy him – there are lots of things I find very attractive about him, but I’ve been programmed to like Simon.”

They were together for 13 years, from 1987 to 2000, through Four Weddings, safety pin dresses and Divine Brown.

“She’s my absolute best friend,” Hugh has said, “The number one person I call in a crisis.”

Liz agrees, “I’m very lucky that 31 years into our friendship, he’s still my best friend in the world. He’s a really great guy. I see him a lot, I speak to him a lot. You know, he’s now a father of five, he has five kids and he’s a great dad. He’ll remain my best friend for life.”

This former couple turned friends made headlines in early 2020 when they posed for a family selfie in matching pyjamas.

The reason for the controversy? Bruce was quarantining with the wife he divorced 20 years ago and their three grown up daughters rather than his new wife Emma Willis and their two kids, aged seven and five.

Turns out there was an innocent explanation – the new wife was meant to be there too but was delayed by a medical emergency and then travel was banned, but still – that is one VERY understanding new wife.

Even in comedy pyjamas, it’s still Demi Moore, after all.

It’s testament to how much Brad and Jen must mean to each other that they stay in touch, despite the fact that if there’re ever seen being even slightly cordial to each other the whole world feverishly speculates that they’re getting back together and explodes with excitement.

Musician John Mayer, who made some very ungentlemanly comments after their split, alluding to the eight-year age gap between them.

Jen later said, “He had to put that out there that he broke up with me.

“And especially because it’s me. It’s not just some girl he’s dating. I get it. We’re human. And it doesn’t take away from the fact that he is a wonderful guy.”

And a source has apparently said they now maintain a ”nice friendship”. Which is, well, nice.

The poster children for staying friends with an ex, this pair have managed to pull it off with humour and without saying anything remotely similar to consciously uncoupling.

Now they’re so close anyone either of them dates knows the other is part of the package, and they’re often photographed on red carpets as a trio.

Kate explains, “It’s so normal for us. We split up ages ago. We have been not together far longer than we were ever together. But I really love him and like him and we make each other roar with laughter.”

The anti-poster children for staying friends with an ex, this pair have managed to pull it off humourlessly after announcing to the world that they were consciously uncoupling and then endlessly preaching and lecturing all us little people about how we could – and should – attempt to do the same thing.

Although the fact that they’re on such good terms they have regular dinners and holidays together is undoubtedly incredible for their children, and something to be really proud of, it’s hard not to assume that they’re just both so tedious they have hardly any friends and, you know, beggars can’t be choosers.

She was 18, he was 35. The morning after their first date he turned up at her house unannounced with a silver Ferrari covered in red roses, inside and out. She couldn’t even drive.

They married in Vegas six months later, and split up three years after that.

Billie has since said, ““We really had a really amazing time together. I imagine it’s what your uni years feel like – sort of reckless, but you’re learning a lot. It was an incredible time and, not to undermine our relationship because we also had a very loving relationship.”

Despite marriages and children with other people, they remain firm friends to this day.