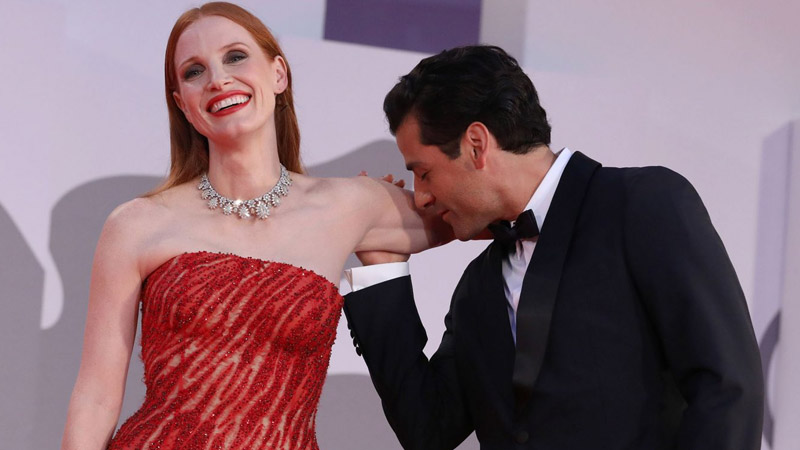 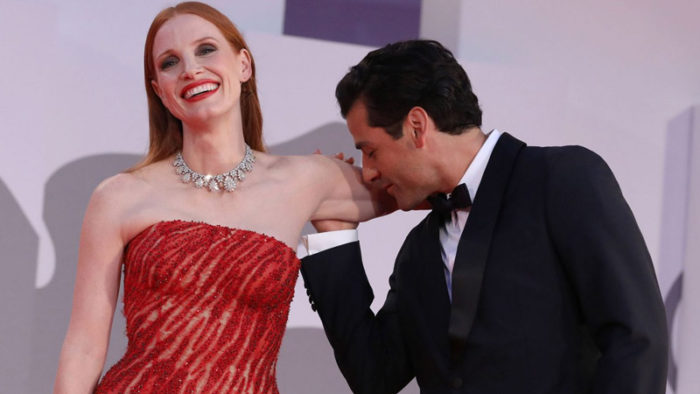 Jessica Chastain wants everyone to know that she and Oscar Isaac are happily married. The co-stars went viral after arriving on the red carpet at the Venice Film Festival, due to slow-motion footage of Isaac seeming to attempt to kiss Chastain’s arm before apparently smelling her armpit. It didn’t take long for viewers to speculate about their relationship status, and the chatter grew quickly.

Unfortunately for those who are rooting for the duo, Chastain and Isaac are both married to other people, as she revealed Today on September 8. While she married Gian Luca Passi de Preposulo in 2017, Isaac married Elvira Lind the same year. However, their obvious connection may be attributed to their real-life friendship.

Chastain, who stars in the upcoming biopic “The Eyes of Tammy Faye”, reacted to the viral moment and said, “We’re acting, but also Oscar and I have been friends — we went to college together — so we’ve been friends more than half of our lives,” Chastain said. “We know so much about each other, so we know how to make each other laugh without even saying anything.”

If you’re wondering why Isaac sniffed her armpit on the red carpet, the actress claims he was about to kiss her near her elbow, but she turned to give him a hug at the same moment. “I think it was really funny because when you look at it at regular speed, I’m looking straight ahead and he looks over at me, and he just kind of goes to give me a peck on my elbow, and at the same time, I’m going to give him a hug,” she added. So all of a sudden, his face ends up in my armpit. He made a joke out of it.” However, as per E! News, she further added,”We have all been locked in our houses for so long,” Chastain said on Today. “When this video went viral, I was like, ‘People just need to see people touch.'”