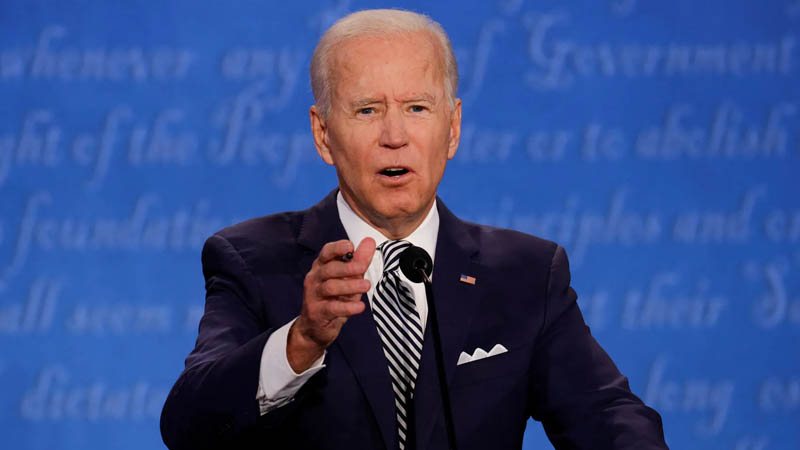 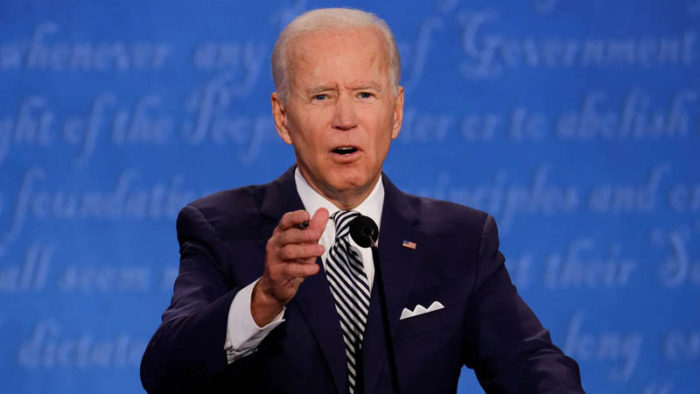 President Biden is not unlike Candidate Biden in terms of being largely hidden from the public and press. Already, the decision by his team to limit his interactions with the media, while barely traveling outside the White House to address the concerns of the American people, is wearing thin, if new polls are any indication.

It’s now been more than six weeks since Biden took office. He has yet to hold a press conference during a pandemic that has claimed more than 107,000 lives since his inauguration and more than 500,000 overall. His COVID-19 relief bill, with a price tag of nearly $2 trillion in what will be the largest spending bill in U.S. history, should be sold to the public by the president, just as his old boss, Barack Obama , sold the American Recovery and Reinvestment Act in various speeches across the country in 2009. Biden and his equally invisible vice president are vaccinated, so the COVID-19 excuse for not venturing out much, which was used throughout the 2020 presidential campaign, is no longer applicable.

This relief bill also is increasingly being paired down in Congress, infuriating Democrats on the left in the process. Gone is the federal minimum wage hike to $15 an hour that would have killed thousands of jobs, thanks to the Senate parliamentarian, who ruled that it couldn’t be included in the bill under Senate rules. So are proposals for a bridge between New York and Ontario, as well as a San Francisco transit extension, all of which have nothing to do with battling COVID-19. Republicans also argue, correctly, that money earmarked for reopening schools will not even begin until 2022, when the pandemic will probably be over or greatly reduced after the country is fully vaccinated by the beginning of the summer, according to Biden’s own timeline.

Biden is currently on Day 44.

BIDEN: “I’m happy to take questions if that’s what I’m supposed to do…”

Yup — this is all perfectly normal.

White House press secretary Jen Psaki was again asked this week when a press conference will be scheduled. She again did not give a definitive answer to a rather simple question. “We will definitely have one. We will schedule it, and you’ll be the first to know because you’re pivotal participants in that,” she said on Monday.

Overall, Biden has signed a dizzying 34 executive orders, 13 presidential memoranda, 16 proclamations and three presidential notices since Inauguration Day, Jan. 20. The only thing missing are two turtle doves and a partridge in a pear tree.

So, does anyone think it might be a good idea to start really pressing members of the administration about why the president won’t face the press while taking all of these actions?

“I have this strange notion, we are a democracy,” then-candidate Biden proclaimed in October. “If you can’t get the votes … you can’t [legislate] by executive order unless you’re a dictator. We’re a democracy. We need consensus.”

Perhaps Biden could also sell the relief bill during a speech to a joint session of Congress, traditionally given within a few days of any modern president taking office. Going back to Ronald Reagan in 1981, the new president has delivered this address in January.

It’s now March, and the 46th president isn’t even scheduled to deliver said speech, despite promising to do so in January.

“Next month, in my first appearance before a joint session of Congress, I will lay out my ‘Build Back Better’ recovery plan,” Biden said on Jan. 14, before his inauguration. “It will make historic investments in infrastructure, manufacturing, innovation, and research and development in clean energy.”

When asked about why the president hasn’t addressed a joint session yet, Psaki provided the usual non-answer while pretending that her boss never made such a promise. “I’ve not ‘Nancy Drewed’ that one out today, but it was never planned to be in February, and we don’t have a date for a joint session at this point,” Psaki said on Feb. 16.

Someone in the White House press corps might want to “circle back” – one of Psaki’s standard phrases – with her on that whopper.

For those who believe this out-of-sight, out-of-mind approach is wise, polls are starting to say otherwise among voting blocs that matter. Again, this isn’t the campaign, during which Biden and Kamala Harris effectively ran out the clock in doing as little campaigning as we’ve seen by a country mile in the modern era.

The role of governing includes taking questions from the press and speaking directly with voters. This team appears to have zero interest in doing that.

The question is: Why?

But the key number is among independents. In this key category of voters, who made the difference in razor-thin victories that decided the election in Georgia, Arizona and Wisconsin, the president sits at 43 percent approval and 48 percent disapproval. The same poll last month showed independents supporting Biden with a 47 percent approval rate and with just 30 percent disapproving — which marks a net-loss of 22 points.

And remember, this is supposed to be the political-honeymoon stage of Biden’s presidency.

One would think he would attempt to build on that political capital by taking questions from a mostly-friendly presidential press corps or by addressing Congress while 35 million to 40 million Americans watch at home.